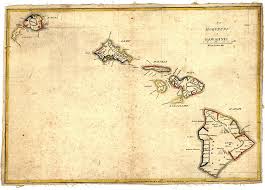 I had just returned from a tour of Alaska with a rock and roll band. It was June, 1980 and we were about to descend into the Reagan Era. The glow of the late 1960s had contracted into the dire and apocalyptic 70s and promised to flow headlong into Iran Contra.

Our friend Carmelita, one of our theater partners, had won a trip to Hawaii for four in a lottery. None of us had any money worth mentioning; we were embroiled in getting grants to support our theater and putting up shows. Not much dough there so…

A trip to Hawaii with our Gang of Four — Lily and me, Bob and Carmelita — sounded like a hoot. Cool, I thought, one week I’m in Alaska rocking out and the next week I’m on a flight to the Big Island.

A little background: Carmelita was an actress with a wicked penchant for organizing things, and her guy Bob hailed from Fresno. Bob collected his identity largely from a Great American Heritage ,was smart as hell, well-educated and with a bit of a flat spot when it came to social graces. He played self-conscious chop-heavy piano and could sing like Hogey Carmichael. He remains a good friend, despite what was to follow.

As with any theater partnership, exasperation formed a large part of our vocabulary. But we loved each other and thought a trip to Hawaii would make a great break. And the tickets were free.

Joel, an old friend of Bob’s, had arranged for our weird bungalow domicile. Joel, a philosophy professor, had left a tenured position at UC Santa Cruz to become an itinerant blacksmith on Hawaii. Once each month, for a week, he and his wife Susanna, a lovely local women with six toes on each foot, and their child, Lola, would circle the island, while Joel repaired broken metal things for Hawaii’s ranchers.

The next morning, we hit the rental car place in Hilo and picked up a tiny Chevy econo rental. Again, cool, but Bob is six foot four and the rest of us never graduated out of the five-foot range. Sometimes Hawaii feels like California only it’s Hawaii, and renting a car there in 1980 was all different, like crazy lazy and mildly hallucinogenic.

We cram into the car, excited to begin our off-the-beaten-path, around-the-island tour, mapped out by Joel the blacksmith philosopher. We would hit all the non-tourist places, hidden waterfalls and hot springs, ancient indigenous power places; we would visit with hand-picked friends of Joel and Susanna and come as close as possible to shedding our unmistakable essence of haole.

We’re eating our first breakfast on the road When Carmelita says, “We have to go to the courthouse.”

“We have to go to the courthouse.” Carmelita turned around, looking quite purposeful. “We need to file some documents.”

“What kind of documents?” Lily grows wary. She knows Carmelita very well and this isn’t Carmelita.

“Bob and I are getting married,” Carmelita announces.

Silence. We’re sitting in the back seat of an econo Chevy, knees jammed to our chins and the couple sitting in the front seat, our theater partners, have just announced they’re getting married. Here. Now. The Hawaiian sun beams down upon the Hawaiian greenery.

“There!” Carmelita points to a courthouse sign. Bob turns right.

“Aren’t you happy for us?” Carmelita asks.

“Here?” Lily asks. “Now? You’re going to do this now? Why didn’t you say something before? Jesus, Carmelita!” But people who are in phase three of a relationship can be unpredictable.

Bob and Carmelita were in phase three. Phase one 90 days: You want to bottle it, keep it to inhale forever. Phase two, six months to a year: Exciting, weird, even annoying but still curious. Phase three: We’re still here? Okay. How are we going to make this thing work?

During phase three, the marriage thing appears. It’s not always the best option but one of many possibilities. So what the hell.

We sat in the sun outside the courthouse cursing, musing, and shrugging while Bob and Carmelita spent an interminable time in Hilo’s hallowed halls, procuring their marriage license.

The date was set, three days from now. Until then, we would continue our island trek. We would be their witnesses at the wedding so we said yay, let’s have a good time. Oh, but first…

While the women shopped for a dress, Bob and I decided to climb Mauna Kea. The mountain took us through each ecosphere on the planet, from rain forest to barren volcanic rock, spotted with red arctic lichen. If you measured Mauna Kea from the sea floor, it’s the tallest mountain in the world. We descended exhausted but the day wasn’t over yet. I had to throw Bob a stag party.

We found a Quonset hut turned saloon near the airport and, within three beers apiece, had launched a profound conversation on some now-forgotten topic. I do remember reaching a pivotal point in the dialog when a giant cockroach sauntered across my forearm. They were everywhere, these cockroaches, and we had already grown casual about their presence. The bar was made of bamboo.

We did make it around the island, switching from front to back seat. Whoever sat in the back became instantaneously cranky but we managed to create equity. It was a beautiful experience. I’d never felt as powerful and distinct an indigenous presence and its history than I did during that drive around Hawaii.

We ended our excursion at Joel and Susanna’s homebuilt ranchero, built entirely of junk. Their recycled dwelling felt wide-open, with charming verandas and breezy hallways and a dirt floor.

That night, Joel and Susanna’s floor came alive with large cockroaches. Two nylon net hammocks hung over our sleeping area. There was no question as to who would ascend to the peace and insularity of the hammocks. The only interjection to our unmitigated laughter were recriminations from Lily and Carmelita, hanging above us unsullied. Somehow, this was all our fault, Bob and me. More laughter.

Bob and Carmelita were married on a lovely point of land overlooking a Pacific sunset. The breeze blew balmy. The marriage was officiated by a friend of Joel’s, licensed by the Universal Life Church to marry anybody. Joel and Susanna brought a fresh-caught Bonita as a wedding gift. Everyone was as happy as could be.

7 Responses to Bob and Carmelita’s Wedding