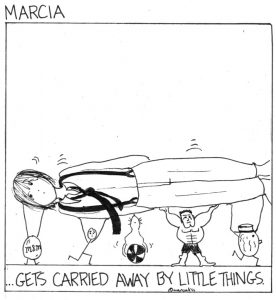 3 Responses to Carried Away