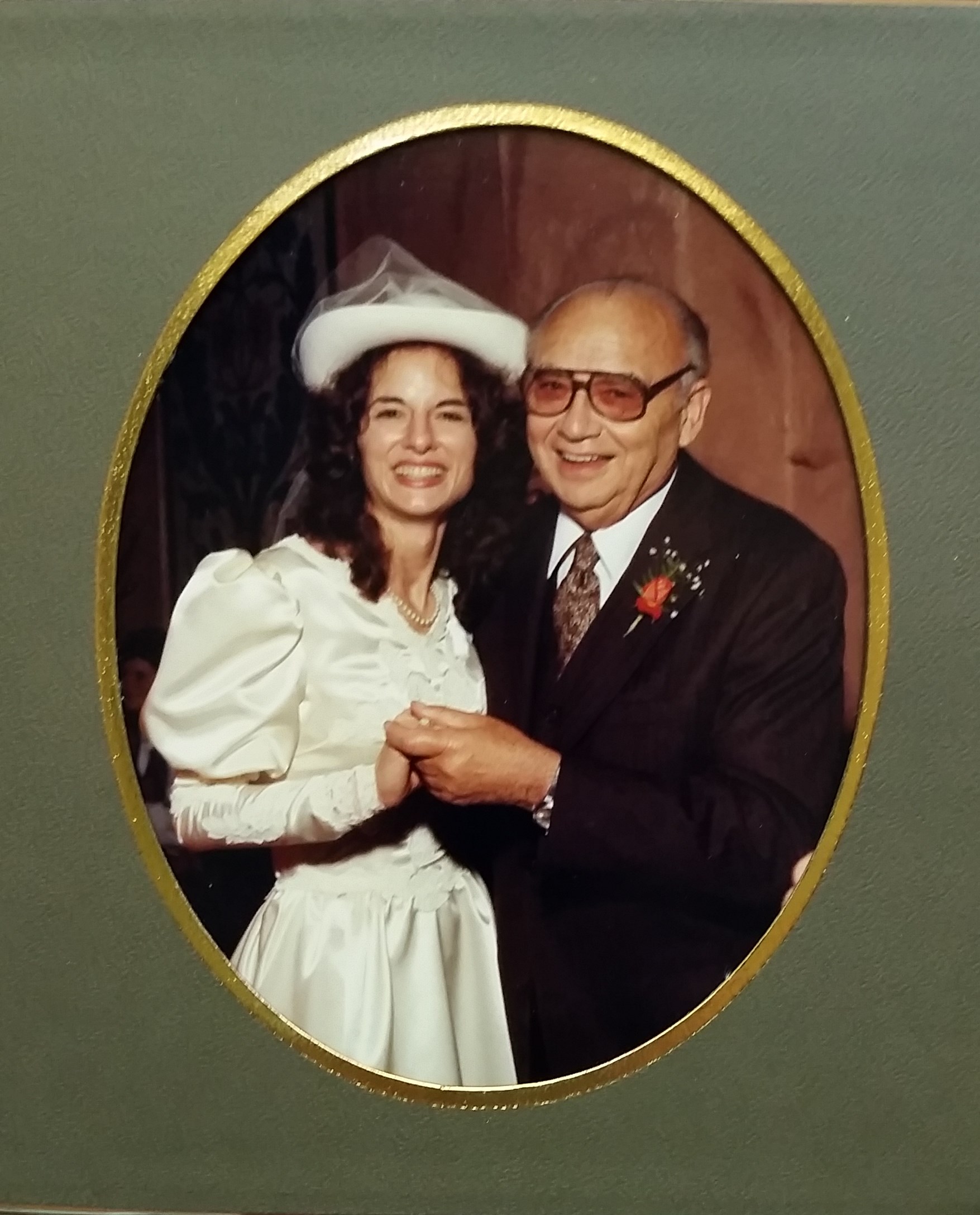 Paul Simon’s song “Father and Daughter” starts out “If you leap awake / In the mirror of a bad dream…” This reminds me of my favorite story about my father, which I have told to my children numerous times. When I was little, I had a recurring nightmare about a witch chasing me. I think it must have started after I saw The Wizard of Oz, because the witch who was chasing me certainly looked a lot like Margaret Hamilton. When I finally told my father about it, he said “The next time that witch starts chasing you, you turn around and look her in the eye and tell her to leave you alone or else your father will get her!” It may sound silly, but the next time it happened I did as he instructed, and after that I never had that nightmare again.

My parents’ roles in our family were very clear: my father was in charge of making money and providing for the family, and my mother was in charge of raising the children and cooking the meals. He would no more have told her how she should raise us than she would have told him how to practice medicine. That probably made things easier, because there was never any of that “if one parent says no, try to get the other parent to say yes” strategizing. My mother had the final say on everything to do with us. But as a result, we probably didn’t get to know my father as well as we would have if he had taken a more active role in parenting.

He worked all the time. His medical office was attached to our house, and when he wasn’t seeing patients he was working on their files, and of course he went to the hospital at least once a day to make rounds. However, he was always home for dinner, every single night. This was a pattern I followed with my children as well. It never occurred to me that there was any other way. When I started reading articles, as an adult, about the benefits of family dinners I was astounded that this was even an issue, because of course families would eat dinner together. Sometimes at dinner he would talk about operations or illnesses he had seen that day, but when we all began to turn green, my mother would make him stop. Other times he would start a conversation on a controversial topic, to see if any of us kids would take the bait. One of his favorite phrases was “Just for the sake of argument. . . .”

He had a great voice, and he loved to sing and play the ukulele. I can’t remember what songs he actually played on the ukulele, perhaps my older sisters will read this story and remind me. I do vividly remember his favorite songs for singing in the car. Our family took a lot of long car trips, and we had a whole repertoire of songs we sang in the car, partly just to pass the time, and partly to avoid carsickness. (One year my mother taught us all The Marseillaise, because one of my sisters needed to learn it for her French class. I can still sing the whole thing, which I learned phonetically, although I only have a vague idea of what I am saying since I have never taken French.) My father had three favorite car songs: The Caisson Song (with the words slightly changed to include my oldest sister’s name), Glorious Victorious (a drinking song that starts out “Drunk last night, drunk the night before” — which in retrospect seems like an odd choice for a family car-trip song, but we thought it was great), and best of all, Dunderbeck. Dunderbeck told the story of a butcher who took out a patent on a sausage machine, ground up all the “pussycats and dogs and rats” in the neighborhood to make sausage, and ended up getting ground up in the machine himself. It sounds macabre, but we all loved singing that song, with my father in the driver’s seat singing loudest of all.

He was by no means the perfect father. He had a terrible temper, and I have elsewhere told the story of how he threw a glass milk bottle at me in anger about something I said. When he yelled, he was formidable — no wonder that witch would have been afraid of him! But there was no question in my mind that he loved my sisters and me, and would do anything in his power to help us if we needed it. When I was in college, and ever afterwards, when I called home, if he happened to answer the phone, he would ask two questions: “Is everything okay?” and “Do you need any money?” If the answers were “yes” and “no” respectively, he would be satisfied and say “Let me give you to your mother.”

He died in 1995, at the age of 85, from Non-Hodgkin’s Lymphoma. He and my mother were about to celebrate their 52nd anniversary. I was surprised at how much I cried when I heard the news.

8 Responses to Father and Daughter