Prompted By Beatles vs Stones
2 comments. 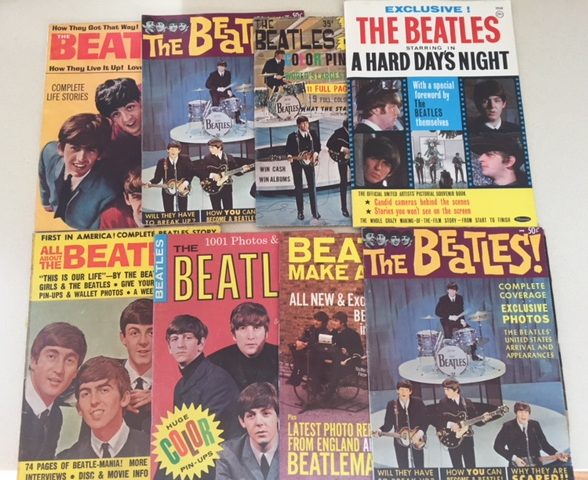 I think there’s likely a statistically significant relationship between how old you were when the British Invasion hit and which group you preferred, if in fact you had a favorite. I was too young for the Stones’ bad-boy act, I never got over the opinion that the they were just punks. Plus I couldn’t understand the lyrics.

As a nation and a generation we were still grieving the shocking Kennedy assassination, and the Beatles’ music was just what we needed at the time; happy, upbeat, and made you smile. After seeing them on The Ed Sullivan Show, my Mother asked the question everyone had to decide (and then answered for me): “So who’s your favorite—Paul?” That would have been her answer. 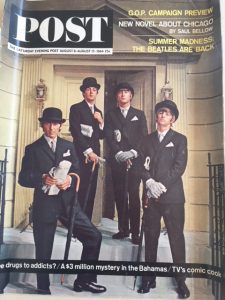 For some reason I found it difficult to tell her the truth, that John was way more interesting to me than the “cute” one. Those James Dean brooding types always seemed deeper, and more complex.  And of course, we all imagined ourselves as complex creatures too.

The local radio stations were all-in, not just playing the music nonstop, but hyping it with contests, interviews, give-aways etc. One of them, WJBK, spent weeks touting an interview that one of their DJs had snagged with the Beatles when they were in town. This sounded so cool! It was broadcast at 11:00 pm on a school night. No problem—my transistor radio had an ear plug (one, not stereo) and I listened under the covers. 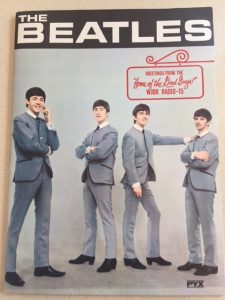 The giveaway from the WJBK interview.

I’ll never forget the breathless buildup of the DJ walking down the hall, waiting, descriptions of whatever he saw, waiting some more. Finally 55 minutes into it, it’s almost midnight, there was five minutes of conversation. I went to sleep exhausted from the excitement. The next day it was topic A, and one of my friends said, “What a disappointment. They made us wait around so long for that?!” She was right, we’d all been scammed. Lesson learned.

I still have my trove of Beatles memorabilia; records, magazines, ticket stubs—yes, I actually saw them live, twice!—buttons, and God knows what else. Some of it might be worth money on eBay.  Or not.  But priceless to me.

2 Responses to In My Life (I Love You More)