Prompted By Beatles vs Stones
6 comments. 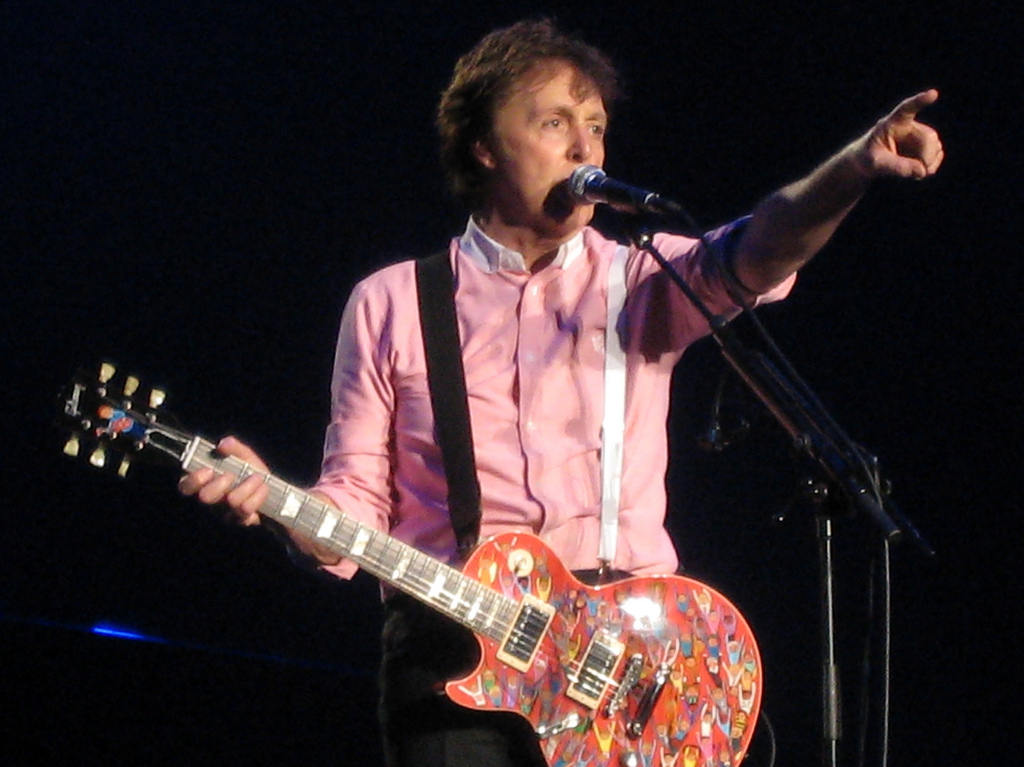 In 1963, when I was just seventeen, I walked into a freshman mixer at the University of Michigan. That was my introduction to The Beatles, who had just released I Saw Her Standing There:

Yep, my heart went boom. I loved this music, and I adored Paul.

Well she was just seventeen
You know what I mean
And the way she looked
Was way beyond compare
So how could I dance with another,
Oh, when I saw her standing there.

Yep, my heart went boom. I loved this music, and I adored Paul. Back then, girls often declared themselves fans of sweet Paul or more edgy John. I was, and still am, a Paul lover.

I may never forgive him for writing When I’m Sixty-Four, making me feel pretty depressed to hit that birthday nine years ago. After all, I was still working and, while had five very young grandkids, in no way was knitting a sweater by the fireside, digging in my garden for weeds, or going for a car ride every Sunday. Since Sir Paul is now 76, I’m pretty sure he regrets asking,

The Stones were the group for wild dancing at fraternity parties. Satisfaction, Paint It Black, Jumping Jack Flash, Get Off of My Cloud – great songs for whipping inebriated college students into a frenzy back in my college days. But once the music ended, I was no longer moved. On the other hand, I still cry every time I hear Hey Jude. The Beatles songs continue to speak to me. Yesterday, In My Life, All You Need is Love, The Long and Winding Road, With a Little Help From My Friends, Revolution, Let It Be, A Day in the Life, Something, Blackbird – they wrote 227 songs in the eight years they were together.

John Lennon went on to compose many of his own songs after the break up, including Give Peace a Chance and one of my all-time favorites, Imagine, before he was assassinated in 1980 at age 40, a tragic loss of a great artist. George Harrison, who wrote some awesome songs, died at age 58. Paul McCartney went on to create countless solo songs, including Maybe I’m Amazed, Band on the Run, Ebony and Ivory, Listen to What the Man Said, Live and Let Die – in all, he has written an estimated 800 songs.

Amazingly, McCartney just released a new album, Egypt Station, which is his seventeenth solo album. He is busy promoting it and performing all over the world, with dates scheduled through 2019. Thus, the recent 60 Minutes interview in which he revealed the following nuggets of information:

I find it inspiring that he’s still working at his age and that he is still trying to improve. As someone who also has a strong need to be liked and yet puts out blog posts that sometimes invite criticism, I have to tell myself to tell myself from from time to time to keep on keeping on like Paul does .

Seeing Paul recently on Carpool Karaoke with James Corden reminded me of how talented and decent he is. If you haven’t seen it, check it out. It’s worth 24 minutes of your time. Like me, you may tear up a few times remembering the beautiful music of The Beatles and how it touched your life.

6 Responses to I’m the Girl Who Still Loves Paul

And in the End
by Risa Nye