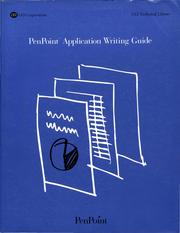 One of the manuals Bill produced. Photo credit: archive.org.

When I managed technical writing at a Silicon Valley startup in the early ‘90s, I hired Bill to coordinate layout and printing for our voluminous documentation. Since we didn’t always have books in production, I asked him to work freelance, so his hours could vary with the workload. He agreed happily; he had AIDS and was trying not to overstrain his health.

“You understand, we can’t mention this again,” I told him. I felt like a criminal conspirator.

One day Bill came to me and said, “John, I need to come on staff. My condition is getting worse. I need to lock in a benefit package so that, when I can’t work anymore, I’ll have health and disability coverage.”

I hesitated. Our small company was living frugally on investor capital and we didn’t need a staff production coordinator. AIDS treatment for even one employee would make our insurance rates soar. But I couldn’t turn him down. “You understand, we can’t mention this again,” I told him. I felt like a criminal conspirator.

I went to my boss. “Our workload is increasing,” I said. “It’s time to bring Bill on staff.” He approved the change of status.

Bill brought in a contract publishing team to lay out the books in Ventura Publisher, the state-of-the-art desktop publishing program of the time. We had tight deadlines and often worked well into the evening. One night, Bill walked behind one of the layout specialists, Tim, who was growing increasingly frustrated. Our designer had provided specifications for how each element should look on the page, and Tim was having trouble making it look quite right.

Bill watched for a moment and put his hand on Tim’s shoulder. “Tim,” he said, “it’s a book! Go home!”

Tim turned and looked at Bill. In his eagerness to follow the spec, he had forgotten that doing so wasn’t the objective. Publishing the documentation was. And even that wasn’t life or death. Bill, of all people, understood that.

Six months later, as promised, Bill left the company with his benefits intact. They saw him through a year in which he improved, then deteriorated, and finally died. We all mourned.

Ironically, in those five minutes with Tim, he probably saved us more money than the increased insurance rates cost us.

Barely a month after Bill died, the company went under. All our hard work, long hours, and big dreams came to nothing. Bringing Bill on staff was one of the best things I did in six years with that company. To this day, I try to keep in mind the lesson he taught us about focusing on what’s important.

John Zussman is a creative and corporate storyteller and co-founder of Retrospect.

3 Responses to It’s a Book