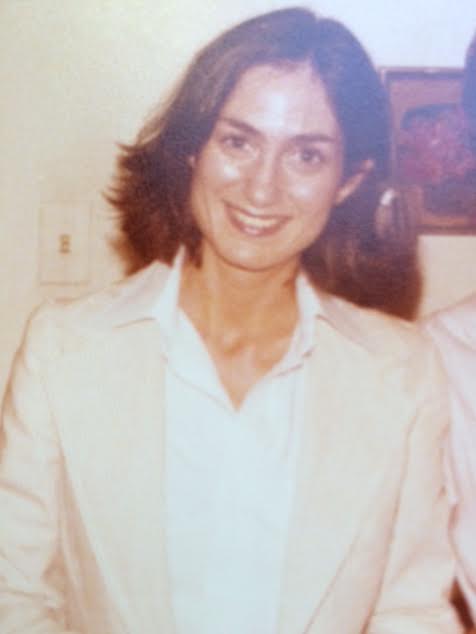 I moved to Chicago in 1978 to take a sales position with a company willing to hire me. My husband stayed in Boston and we commuted for 16 months, seeing each other every second or third weekend. The photo is me, “dressed for success” in August of 1978. I have no photos of “AL”. My new boss was helpful and proud that we shared a New England connection. He had gone to MIT and loved to talk about the “old days” with me, before Scollay Square had been bulldozed to make way for Government Center. He offered advise to the newbie, telling me where, as a single young woman, traveling alone a great deal, I should live. His wife had me over for dinner when I first moved to town. Others in the office were devoted to him. He was smart, strategic, protected his people.

But when he ordered seven double Chivases on the rocks for lunch, he would come back to the office, crank up the AC, order his secretary to bring him a tea (this was 1978 and secretaries still did that) and disappear for the rest of the day. One didn’t ask him anything. Heaven forbid you needed to get anything important done.

Maybe today we would have staged an intervention. In those days, drinking at lunch was tolerated and he was smart and good in many ways, and I was WAY too new and junior to make waves. And the notion of sexual harassment hadn’t come to the forefront yet. During an off-site sales meeting, at a hotel near the airport, AL got really drunk and followed me down the escalator as I made my way to my car, while others from out of town were still at the hotel. “Would you let me lay down beside you, please? I can’t get it up. I just want to lie down next to you. Oh you are so beautiful, why would you want to be close to me?” He was a big guy and I am tiny. He was behind me and nearly stumbled down the escalator. I managed to escape to my car. I learned he never remembered what was said in a drunken stupor.

During the great Blizzard of 1979, he tripped off a curb, breaking an ankle. We lived close to each other and I frequently drove him to our office, while he paid for my garage parking. He was most grateful and bought me a little gold chain necklace as thanks.

April, 1979 marked my one year anniversary in Chicago. My husband had given me an ultimatum: one year in Chicago, then I must come back. I visited him in Boston for a week to watch him run the Boston Marathon, my first real week of vacation. We had a great time together. I also worked hard on a proposal for the State of Illinois, due right after my return. Everyone in Chicago knew this was decision time for me: stay in Chicago or return to Boston.

I flew to Springfield to present my proposal, which went well, but they asked for a lot of concessions, which I was not senior enough to negotiate. At the airport, waiting for my flight back, I called the office and asked to speak to AL. His opening line: “I bet ya, you fucked Dan more times this week than you fucked him the whole past year”. “No, AL, that’s not true, can we talk about business?” The conversation devolved from there. AL said yes to everything the client asked for, but I had the good sense to NOT call back that day.

Per usual, I was the first one in the office the next day. I presented all the client concession requests to AL as if yesterday’s conversation had never taken place. As I surmised, he had no recollection of the prior conversation and he did not give in to any of the concessions. He negotiated some and within a day or two, the contract was signed. I was horrified by the whole episode. How could one run an office like that.

Though I felt like a traitor, I also wanted to get back to Boston. That region was run by the person who wanted to get rid of AL. I called him early Friday morning. In tears, I told him the whole story. AL was gone by the end of the day and I was back in Boston after Labor Day. I didn’t finish all my work in Chicago until the end of the fiscal year, two months later, as I had to close out my work on some large accounts. I felt like an absolute rat, but something had to be done. Before leaving Chicago, I went to AL’s home and said goodbye. He harbored no ill feelings and was gracious. I don’t think he knew I had fingered him. I am still grateful he took a risk on a rookie and I learned much from the people in that office and my time living on my own in the Windy City. But AL was dangerous to himself and to the integrity of the business. I grew up during those 16 months.

9 Responses to Seven Double Chivases on the Rocks