Midnight shift at the Bulletin by Charles Degelman
100
(152 Stories) 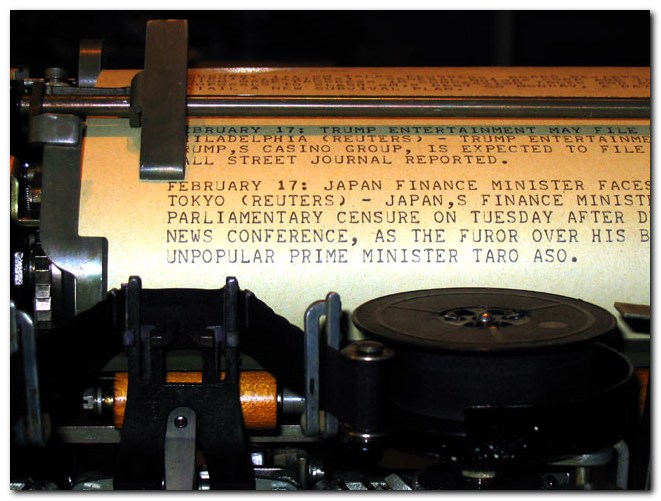 Like a frog who doesn’t grok that he or she is slowly parboiling in a pot of hot water, asshole bosses have usually been considered assholes since infancy. Consequently, most assholes develop early defenses to assure themselves that asshole behavior is normal. The hostility that people display toward their young asshole behavior simply becomes the way of the world.

Therefore, dedicated asshole bosses are hard to call out.

I had taken a year off from college to work with a fledgling outfit called the Students for a Democratic Society. By day, I joined my SDS cadre in South Philly to campaign for civil rights and against poverty.

By night, I worked as a copy boy on the midnight shift at the Philadelphia Bulletin. It was a romantic job and — despite my humble job description —I wore a trench coat to work in the chilly Philly autumn nights. After work, four am, I’d stand on the catwalk above the giant presses, lean on the rail and feel the roar rising from a line of printing presses so long it disappeared into the press room’s inky mist.

Most of the time, I sat in the city room, checking the teletype machines for dispatches. You’d sit there, minding your own business. First one, then a second, and a third machine clattered into action, cranking out wire service news copy — UPI, AP, Reuters. The machines would fall silent as quickly as they begun. Then I’d tear off the wire story and deliver it to the city desk.

The night editor of the city desk was the asshole. That’s why he wasn’t a day editor. Nobody wanted him around the day shift, and he enjoyed his midnight monarchy. With none of the big shots around, this guy could crown himself king of the newsroom. And he could drink. And drink he did.

A gruff, grizzled guy, older than his years, Frank Elossa lurked behind a perpetual two-day shadow and a stiff head of iron-gray hair. His venous nose telegraphed a love for whiskey. Frank didn’t need to be drunk to be mean. The guy was an all-night son of a bitch.

He loved to humiliate young reporters who worked the night shift. They would approach the city desk and slide their copy across. They’d stand before his desk, waiting for the required acknowledgment. When he was good and goddamn ready, he’d slur “wait a minute, wait a minute.” This prevented the hapless reporter from returning to the sanctuary of his desk and its Underwood.

The editor would heft the reporter’s stack of typed copy sheets, smell it, launch into a fake round of coughing and throw the stack of copy sheets back at the reporter. He’d swivel in his chair, lean over the open bottom desk drawer, and take a fake-surreptitious shot from his fifth of bourbon.

Over his shoulder, Elossa would growl, “if you’re still here when I turn around, I’ll throw this bottle at your head.” Laughter, while the reporter scrambled to collect his article, ease it back onto the city desk and retreat. This happened more than once.

I would traipse between these two worlds: the walkup flat where I lived with my SDS pals and my midnight Bulletin beehive full of young guys like me named Jimmy Six and Joey Sabbatelli. There were no women on the night shift.

For no apparent reason, no one took me aside, I was promoted to night obituary reporter. Now, night obituary reporter sounds like a crap job but — dreary though the job may have been — when the paper was printed and folded and bundled and thrown out of the trucks onto the morning front porches, grieving people would read my words about their loved ones and I had better get it right. I swelled with pride but, while writing up the deceased, I was still expected to leap from my desk at the clatter of the teletype machine.

One rainy October night, the AP, UPI, and Reuters machines all leapt into action. Sabbatelli, Jimmy Six and I all descended on the copy unfolding beneath the clattering keys.

OSLO (Oct 14) — The Rev. Dr. Martin Luther King, the 35-year-old American Negro leader, today was awarded the 1964 Nobel Peace Prize for his ‘‘consistent support’’ of nonviolence in the Negro campaign for civil rights.

I tore off the copy sheet. A Negro had won the Nobel Prize! I was astounded, excited to be a part of a historical moment that had leapt across the wires into this cavernous, midnight newsroom.

Elossa rose out of his chair. He was swaying with the booze, his eyes glazed. He read the copy. “That son of a bitch again!” He paused, struggling to focus on the type. “Goddammit, I’m sick of this son of a bitch.” He crumpled up the wire and threw it in the wastebasket but missed. The paper rolled out from under the copy desk.

Frank Elossa sat back down and, when he bent over to pull the cork on the bourbon, two copy boys and one night obituary reporter snatched the ball of paper.

Just after three am, the two copy boys kept watch over the dozing city desk editor while the night obituary reporter — visible through the newsroom glass — snuck into the main office, smoothed out the King cable and placed it directly in the center of the editorial table for the day shift editors to find in the morning.

8 Responses to Midnight shift at the Bulletin