Prompted By The Crush
20 comments. 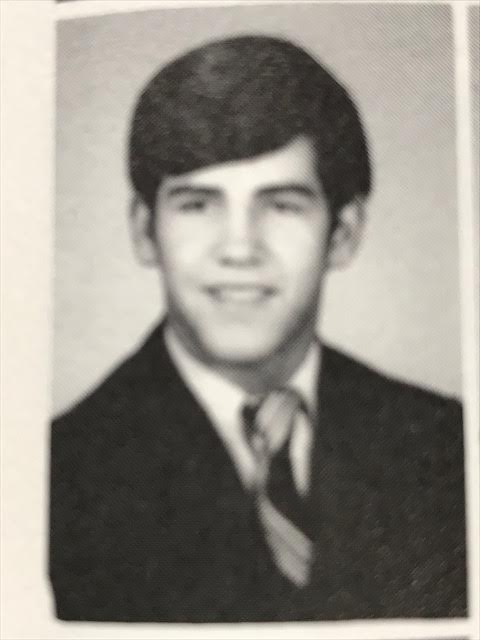 Lanny was SO cute. We were in 10th grade Geometry class together and our lockers were close to each other. I barely spoke to him throughout all of high school, but he sat next to me in that one class. He was a wrestler; at that point, the lightest on the team, though eventually he’d wrestle at the 123 pound weight class and he was good at it. He was short and trim, like me. I am just 5′ tall and at the time weighed about 89 pounds (I am not much bigger now). He was my perfect size and I was ga-ga over him. I let him lean over and look at my work in Geometry. At least he came close to me.  I hoped he would ask me out, but the call never came. I don’t think we had much in common, but I didn’t care.

The next year I summoned up my courage and invited him to the big dance: the Girl’s Lit Club Dance, which was a girl-ask-guy affair, though also the spring formal. He said YES! I was out of my mind with joy and had my pretty pink prom dress cleaned. I had visions of a slow dance, having Lanny’s arms around me.

A week before the dance he called. It was probably the first time he’d ever called. “I can’t afford a tux”. My brain was racing. He was backing out. I was crest-fallen, and scrambled. “That’s OK, you don’t have to wear a tux…we don’t have to go to dinner…you don’t have to buy me flowers”. An air of desperation descended. Long pause…”I just really can’t go”. Cue the sad music. “Well, if you change your mind, just let me know…” My voice trailed off. I didn’t know what else to say or do. My hopes were dashed. There would be no slow dance. The tears flowed. It’s not like there was the basis of a relationship to fall back on. I just thought he was the cutest guy I’d ever seen. I knew nothing else about him except he was a great wrestler and needed to look at my work in Geometry. And that was that. I was heart-broken, over what, I’m not quite sure, since we had barely spoken to each other. He was just my fantasy guy.

I found him on Facebook recently. He still lives in Michigan, in the Upper Peninsula and 46 years later, he is still as cute as can be.