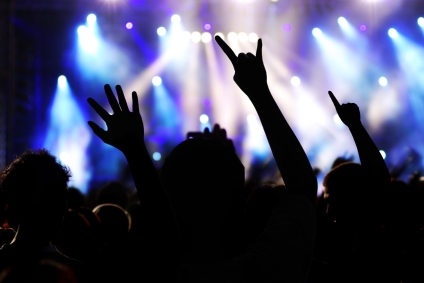 I had no idea what I was getting into when I agreed to go to my first rock concert, way back in 1979 when I was 15, with a few of my classmates.  They weren’t really my friends — they were misfits on the outer periphery of our class: wayward asteroids in a universe of boys and girls that revolved around the bright star of ABBA.  In that universe I was Neptune, admiring the beautiful girls and their inner circle from afar.  When asked if I wanted to come along to see a ‘really bitching’ band, I agreed because I hoped that an evening spent with the rebels and renegades of 9th grade would surprise, maybe even intrigue, the girls I secretly loved.

For two hours I cowered in the last row, mesmerized by the deafening noise, repulsed by the olfactory assault of weed, cigarettes and beer, scared of the belligerent crowd of older guys clad in black leather and sporting vicious tattoos. I didn’t know what to make of the heavy metal rock of AC/DC and their hit ‘Highway to Hell’, but I didn’t like it one bit.  I don’t remember if afterwards I moved any closer to the orbit of Christel and Tanja and Monica because although my eyes had been opened to the world of rock, I still preferred the pop sound of ABBA, Supertramp, and the Bee Gees.

30 years later, I took my 15-year old son to an AC/DC concert and again I found myself in the last row.  This time I was the one jumping up, fist-pumping and singing along, while my son cowered and inched away gradually from me with the typical juvenile embarrassment for one’s parents. But when he hugged me on the way out and I heard him (barely — my ears were numb as if under water), say ‘Thanks, Dad’, I knew that our orbits had moved a bit closer.

3 Responses to Let There Be Rock