Madam President: The Storm Before the Storm by Risa Nye
50
(76 Stories) 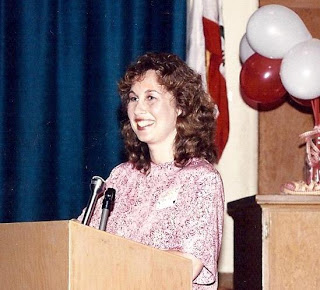 I imagine the smoke-filled room: a group of fat cats sit around a table. Their shirt sleeves are rolled up, they puff on stumpy cigars, their foreheads are slick with sweat. It’s getting late; the hours tick by while the discussion gets heated. Voices get louder and the shouted comments are laced with profanity. Fists pound  the table. Tempers are wearing thin. What’s going on in this room? What’s it all about?The election is coming up. Someone has to be nominated for president.

But who?
Names are tossed around and rejected. One of the cigar smokers leans back from the table and stares at the ceiling, deep in thought.
What about…? He tosses out a name. Someone he thinks will “play ball.”
Around the table, everyone snaps to attention. A new name to consider. An unknown. No experience? What difference does that make, as long as the agenda will be adhered to? As long as the status quo remains, uh, the status quo…
A hush falls over the room then. Time to choose someone so they can all go home before daybreak.  One by one, they nod, then take several contemplative puffs on their stogies. It is done.
And this is how I was nominated for the office of PTA president at my children’s elementary school in 1990.
Well,  maybe it was not quite like that. But still, my name was put out there and I got votes.
And so began my year of living dangerously in the PTA.

It was my very own annus horribilis.  I had the bad luck to get elected, and found myself in the middle of a politically divisive controversy. Do the details matter any more, nearly thirty years later? They do to me.

So don’t get me started on the subject of how one person can piss some people off so much they practically have a torch and pitchfork parade in her honor, while others believe that sainthood isn’t out of the question. And I am not talking about myself here. I’m talking about the school’s principal.

This situation is not unique. I’ve heard stories about one person causing a rift in a community or an organization that goes beyond–way beyond–reason.  I was clearly on the side of evil, according to some, while others believed, as I did, that the party in question was being maligned for no good reason. Hatfields and McCoys. Sharks and Jets. Something like that. Everyone took a side, one way or the other.

And another thing: I read the bylaws of the organization and put a stop to the way the funds were being used. Every party needs a pooper, and that was me.

I  saw how out of compliance we were, especially when it came to how the money was being spent.  I took some serious flak from people who felt very differently about spending PTA funds for things (gifts, parties) other than programs and enrichment for kids. Call me crazy, but rules are rules. And I believe in following the rules, even when I ruffle some feathers. Yeah, takin’ it to the streets, old (elementary) school style. How can you be a rebel and a stickler at the same time? A funny line to walk, but that’s the way it happened.

Some people  thought I was the worst president since…I don’t even know. (This was a very long time ago.)

I learned a lot that year about friendship and loyalty and how normally reasonable people can dig themselves in so deep that there’s no talking to them. Backstabbers: they’re out there. They smile in your face, etc.

I also learned that there are more than two ways to look at any problem, and I wish I’d had the wisdom to see that in the heat of the controversy. On the plus side, I did learn to be more comfortable speaking in front of groups, and I found out that there actually are benefits to taking an unpopular stand and sticking with it when you know it’s the right thing to do.

It was my first and last experience of getting elected to any office, however unimportant. No thanks!
I finished my term in the spring of 1991. When it was over, I couldn’t imagine living through anything that horrible again. As they say, little did I know…The worst was yet to come.

14 Responses to Madam President: The Storm Before the Storm

Signing on the Line
by Marian