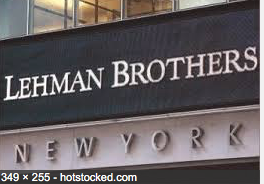 As workers, we used what tools we had easily at our disposal to save: IRAs. But other than that, we enjoyed being DINKs (dual income, no kids). We didn’t have children until we’d been married 11 years. At that time, we set up a college fund and started to set aside serious money each month. My father also gave each child stock when they were born. We opened brokerage accounts for each and let dividends grow. My father died when our second child was 8 months old, then I inherited some money and stock, which I also saved. We inherited more when my mother died in 2010.

I retired with the birth of our second child; my husband was a management consultant, working hard, earning good money. He hit the jackpot when he went to work for Andersen Consulting (not Arthur Andersen, this was the consulting off-shoot of that company). There was confusion in the marketplace as well as difficulty between the two entities and AC split from AA, IPOed and went public, becoming Accenture. My husband was a partner, had significant amount of stock, which was worth a large sum of money.

After the IPO, partners past the age of 50 (Dan turned 51 the next year) were encouraged to retire. Their stock would unlock at an accelerated rate if they did. So he did retire, more than 14 years ago. He interviewed several of the large New York investment banks at the time to see who should manage our rather large portfolio. We have always been active at our alma mater, Brandeis, and one idea he had was to set up a Charitable Remainder UniTrust. We would give a chunk of the stock to Brandeis (a non-profit), get a large tax-deduction for it. The stock is sold and invested. We derive income for the rest of our lives, but Brandeis gets the principle when we die. It seemed like a win-win, though usually these sorts of trusts are established by people much older than we were at the time.

As Dan interviewed prospective money managers, having someone on the team who knew about CRUTs (as they are known) became important. Our lawyer would draw up the trust, but someone needed to be familiar with the concept and have ideas about how to manage the money (we retained control over money management).

These were still the go-go years in investing in New York, and we were wined and dined…taken to nice steak houses, tickets to Broadway shows, Red Sox-Yankee games. I confess, it was fun. A brother team from Lehman Brothers came highly recommended from someone Dan trusted at Accenture and they provided access to a lawyer from their firm with knowledge of CRUTs. We were sold. Papers were signed, money and stock transferred to their accounts. One of the brothers was the front guy and very personable. He would call and we would have long chats, then he’d ask to talk to Dan and say, “Let’s put your money to work!”

We invested in all sorts of stuff…real estate funds (wasn’t that what Lehman Brothers was pushing?) One fund that our guy pushed (and thank goodness was oversubscribed), was run by the “smartest guy he knew”. In February, 2008, we were still buying Lehman Brothers stock. Our portfolio grew and we were having too much fun to notice that credit was tightening and the stock market was falling.

We were on Martha’s Vineyard on Sept. 15, 2008 and watched in horror as Lehman Brothers collapsed and with it, a good deal of our wealth. We got a call from one of the brothers. They had left and were already at Deutsche Bank. Could they meet with us to sign our assets to the new brokerage firm and stay with them. Four days later we sat at our kitchen table in Newton and did just that, but it was too late to stop the bleeding. Too much of our wealth was tied up in proprietary funds that couldn’t be moved. We watched them lose value like the air coming out of a balloon, helpless to do anything. We didn’t hit rock bottom until March, 2009. We lost 45% of our net worth.

We hunkered down, rented the Vineyard house for a season. The college money was elsewhere, homes and cars fully paid for. My husband went into a severe depression. I don’t know if he will ever recover, though our finances did improve. Money that was was invested in Lehman Brothers proprietary stuff just evaporated. We did take what remained away from the brothers and to an entirely different investment firm, not in New York City. We are much more conservative in our investing strategy now, and pay closer attention.

Some years later, I sat with close friends at breakfast on Martha’s Vineyard. One had a relative who worked with the brothers. She confided she was horrified when she heard they were our investment managers. They had the reputation for being “cowboys”, using risky investment strategies with others’ money, just charming guys who pushed hard to churn accounts and make big commisions for themselves. But she didn’t think it was her place to warn us about them. Oh gracious, if friends won’t warn you, who will? No more cowboys for us!

6 Responses to Mama, Don’t Let Your Children Grow Up To Be Cowboys