Prompted By My First Paycheck
4 comments. 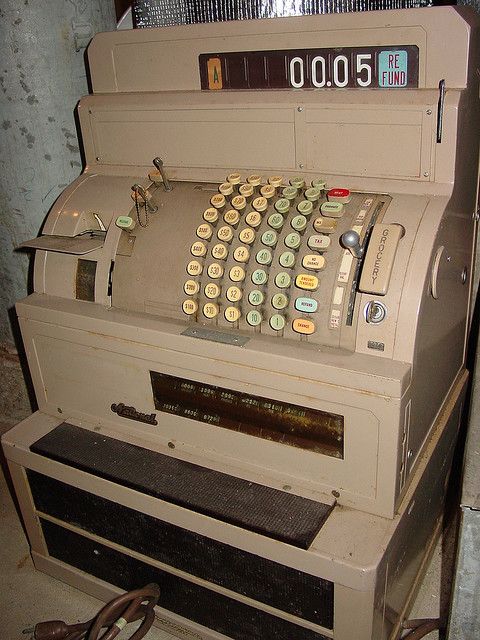 One dollar an hour. That’s what I earned for being a drug store cashier over a couple of summers in high school. Oh wait. Sometimes I earned less than a dollar per hour if my drawer was short.

My first paycheck, and many meager ones that followed, taught me to respect people who work hard but earn little -- something to think about especially on Labor Day.

In the early 1960s, my father used his connection as the accountant for a small discount drugstore to get me this amazing job. That was back in the day of independent drugstores, before Walgreen’s and CVS ate all of them. There were no scanners or fancy registers that figured out how much money to give back to people who paid cash. Folks didn’t use debit or credit cards when they shopped, and the owner did not accept paper checks. Cash only for “deeply discounted” goods, so a cashier had to know how to make change.

When a customer handed me a five-dollar bill for a purchase that totaled $2.48, I had to give her two pennies and two quarters to get to three dollars. Then, I counted out two more singles to account for the five dollars she gave me. Get it? I was pretty good at making change, but it was easy to make a mistake in this drugstore.

The small store was very popular due to the cheap merchandise sold there. There were two narrow one-way aisles for shopping with the cash register at the end of the exit aisle. Folks trying to enter the store lined up on the street at busy times. There was usually a constant crush of people buying stuff, and any distraction could result in an error making change. Did I mention there was no air-conditioning?

I can’t remember how the owner figured out if my drawer what short. I guess he went over the register tape for hours before payday searching for errors. If I had too much money, “bank makes an error in your favor” (his). If there was not enough money in my drawer, I guess I made an error in his favor too because I paid him back out of my paycheck.

The job was delightful in other ways. On the rare occasions when it was quiet in the store, he took charge of the register and made me clean and stock the shelves. Still, I earned a paycheck, which I could put in a savings account for college. And I was a pretty decent cashier, so I was able to work part time job at a campus drugstore during my years in college. Those earnings funded my clothing and entertainment, and I had to make careful choices because my earnings weren’t much.

My first paycheck taught me to be totally honest with cashiers. I have great empathy for them to this day, as I suspect they may still be financially responsible for their errors. It’s harder to make errors today as the register scans items rather than having to key them in, and it is even smart enough to tell the cashier how much change to give back. Still, I have had cashiers think I gave them $20 instead of $10, and I always correct them. I guess it’s unlikely mistakes like that one would be caught, but old habits die hard.

In my younger years, I had other pretty bad jobs that yielded meager paychecks. As a cashier in a women’s shoe store, I was paid very little because I was expected to sell the customers hosiery and purses when they bought their shoes. My commissions were almost nil. The summer I moved to Chicago, I attempted to sell subscriptions to the Chicago Tribune by making cold calls. Back then, in the era of landline phone and before caller ID, folks answered and slammed down the receiver as soon as I started my pitch. I don’t recall selling very many, especially when the manager was not on the premises. When that job ended, my fiancé and I delivered phone books, another job that illustrates how old I am.

My first paycheck, and many meager ones that followed, taught me to respect people who work hard but earn little — something to think about on Labor Day. I understand why kids today generally don’t have the experience of working the kind of jobs I held in my youth. Between the demands of school and activities, my grandkids are under far more pressure and have far less time than I did. And there are adults who need those jobs as cashiers in dollar stores or workers in fast food restaurants. Yet, I hope that when they are in high school, they will have one part time employment experience that rewards them with a paycheck. I just wish them a better experience than the job my father found for me.