Prompted By My First Paycheck
5 comments. 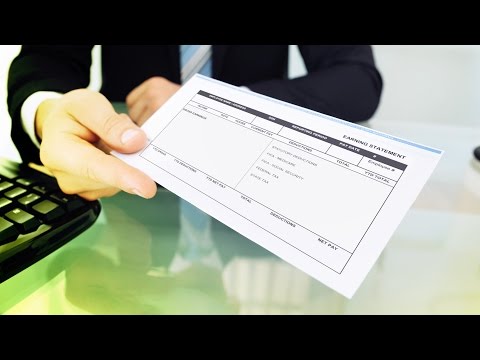 While growing up on my parents ranch near the coast of southwestern Oregon I was very fortunate to have just about anything a teenage boy could ever ask for. In fact my brother and sister, all of whom were already married with children of their own used to say that I was born with a silver spoon in my mouth. I never knew for want and all I needed ever do was ask for something and there it was. But I was about to learn a lesson, one that played a major impact upon my life.

“Excuse me… there seems to be a mistake on my paycheck. A big mistake.” 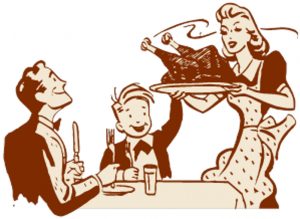 One evening as we sat at dinner, as my father asked me to pass the butter, my mother said, “So Gary, it just dawned on me that your birthday is coming up soon and you’ll be getting your driver’s license. I suppose that means you’ll be needing a car.” Quickly passing the butter to my father I was even quicker to engage in this conversation with what sounded exactly like something I really had been wanting to bring up. “Why, yes mom, yes indeed, I will be needing a car. How nice of you to be thinking of that.” ”Well, Gary, do you have any idea what kind if a car you would like to have?” “You must be kidding, right? Why of course I do. In fact I know exactly what I want and I even have some pages in my recent edition of Hot Rod dog-eared in case you asked. Let me get them so I can show you.”

Quickly returning from my bedroom I laid out the pages to show them. “There’s exactly what I want.” pointing to a bright red 1966 Corvette. “And of course I want some really cool mag wheels too.” “Oh my, Gary that’s a really nice looking choice!” Looking at my dad, she said, “Bill, did you see the car Gary has picked out? Isn’t that nice! What do you think?” Taking the magazine, dad looked at it for a moment and said, “Yep, that’s a beauty all right. I bet it’s fast too.” 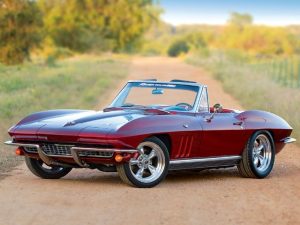 I don’t mind telling you, this was getting pretty good. In fact this was better than any Christmas I’d ever wished for and it sure beat wishing for that Schwinn 10 speed I asked for years prior. Then the hammer dropped…. “So, Gary… where are you going to get the money to buy this beautiful Corvette?” Huh? Did my mom ask where I was going to get the money to buy a car? As I glanced at my dad, he didn’t even raise an eyebrow so looking back at mom I asked, “What do you mean, where will I get the money? From you, right?” “Well, your father and I have decided that if you need a car, you will need to get a job and save up to buy your car.” 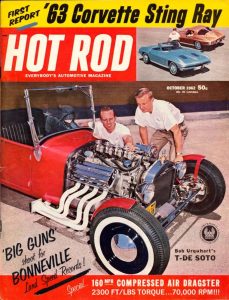 Job? Save up? Money? Huh? “ You’re kidding, right?? My mother and father felt it was important that I began learning the importance of what it meant to have a job, how to save and manage money, set goals and live within one’s means. Dad was encouraging and agreed he would let his head foreman know I was looking for a job for the summer but he also made it clear I would have to ask for a job because he was not going to let anyone at his mill believe he was playing favorites with his son.

Over the next few days I found myself searching for used corvettes in the want adds and pricing them out. Then I began doing some rough math calculations. If I made $10.00 and hour and worked 40 hours a week I would make $1600.00 a month. If a used Corvette cost about $2500.00…. Hey, this looks pretty easy. I should have my Corvette before I go back to school. Far out!

When I spoke to my father’s foreman about a job, we decided I could drive fork-lift and move units of lumber around the yard which seemed like a great job especially since I loved driving anything with wheels. What he forgot to mention was, the lumber has to be moved rain or shine. Did I mention dad’s mill was in southwestern Oregon? In spite of the cold and wet days, somehow I managed to make it through the first two weeks until the big day came… Payday! 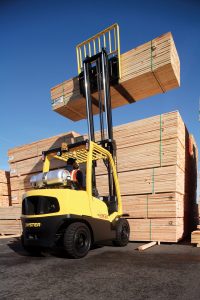 I could hardly wait until the end of the day. I jumped off my fork-lift and ran up the stairs to the business office where I was first in line. I waited anxiously as the office staff started laying out paychecks and eventually other workers were lining up behind me. “Well hello Gary. Let’s see what we have here for you.” I could hardly wait. As best I could calculate in my head, I had probably already earned about a tenth of the purchase price of my new Corvette. Then she handed me my check with an attachment. “What’s this?” I asked, pointing at the attachment. “Well Gary, that’s your pay stub. You get one with every paycheck.” Although I heard everything she said, what caught my attention was the amount of my paycheck. I thought there must be something wrong with their adding machine. “Excuse me… there seems to be a mistake on my paycheck. A big mistake.” “Gary, what seems to be the mistake?” I explained, “According to my math, my paycheck should be about $800.00.” She smiled and said, “Well Gary, that’s correct and you did make $800.00 but then we subtracted taxes and your paycheck reflects what’s left over afterwards. To this day I remember the laughter and the smile on the office clerks face when I asked, “Taxes? What in the hell are taxes? 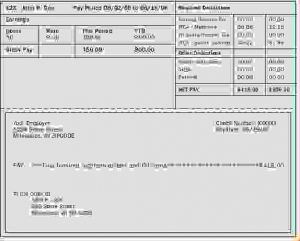 Boy that was a long summer. By the end of summer I had saved enough to buy a $245.00 Chevrolet Impala which I managed to blow up two weeks later but that’s another story. Thanks to mom and dad, the lessons learned that summer were quite possibly the most important lessons I ever learned. But besides the realization of what having a job meant, and the importance of earning and saving, I also learned about “appreciation.” That old Impala meant the world to me and I was so proud of it. When I meet young adults and teenagers these days, whose parents bought them a car, I feel sorry for them that they didn’t get the same gift I received from my parents, that being, the lesson of learning that money doesn’t in fact grow on trees, how hard we must work to have nice things and yes, to not expect someone to give you everything. I just have one question… Where in the hell are all those taxes going? 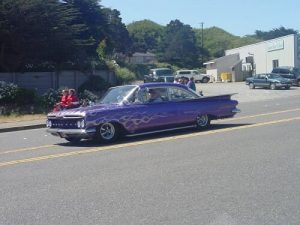 5 Responses to What In The Hell Are Taxes!