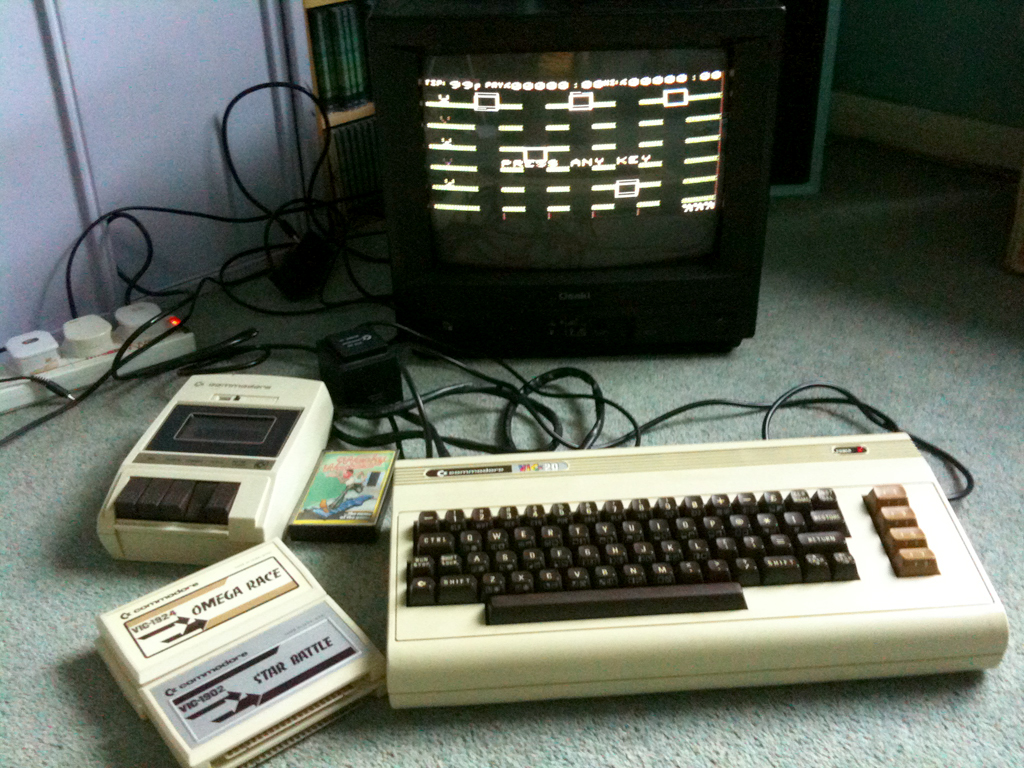 The Commodore VIC 20, one of the first computers I wrote documentation for. Photo credit: aydinstone.com.

I always liked school and was good at it, which is why I decided to never leave. I went straight from kindergarten through graduate school without ever taking a break, let alone a gap year. Doctorate in hand, I took my first academic job as an assistant professor, teaching psychology and family studies at the University of Utah. I settled in for a long career as a university professor.

“What are you going to do?” they asked. “You’re an academic!"

But I quickly became disenchanted with academia. While I excelled at teaching, it was research that was valued, and I had trouble establishing my research program. Academic meetings and committee work gobbled up time, and the salary was paltry. (After California Governor Jerry Brown once offered the justification that teachers got paid in “psychic dollars,” one wag quipped that we would gladly use them to pay our taxes.) And Patti and I never felt at home in Salt Lake City, a conservative backwater compared to the Bay Area.

Midway through my fourth year, I asked my department chair for a leave of absence. I planned to move back to California and try out the world of business. If it didn’t work out, I could come back (fat chance, I thought).

When I announced my decision, my friends and colleagues were aghast. “What are you going to do?” they asked. “You’re an academic! You have no marketable skills.” But after a month or so, several approached me quietly. “Let me know how it goes,” they confided. “I’ve been thinking about doing something similar.”

I arrived back in the Bay Area in the fall of 1980. The personal computer revolution was in full swing, and I thought it would be fun, and smart, to be part of it. I had enjoyed the one programming class I took in college, as well as the computerized statistical analysis of my research data.

But what could I do? As my colleagues had observed, I had no marketable skills.

Patti was working as a buyer for our friend Ken, who owned a chain of furniture stores. Hanging out there one afternoon, I watched him struggle with the IBM small business computer he had bought to manage his inventory. “Let me take a look at the manual,” I said, trying to help, and soon realized the problem. It was written by the programmer, who had no clue how to explain the program to a layperson.

No marketable skills, my ass! I was an academic. I could teach and I could write. So I positioned myself as a trainer or a technical writer, and started sending out my résumé.

Two days later, I was hired by a tiny startup with big plans, looking not to fill a slot but for someone smart and adaptable. A couple of the founders had connections at InfoWorld, the leading trade newspaper, and they brought me in to write product reviews and, eventually, articles and columns. People began to know my name. (In fact, the technical publications manager from Apple expressed regret that she hadn’t hired me when she had the chance.)

After two years I left the startup, and Patti and I co-founded our own technical writing firm. Over the last thirty-plus years, we’ve written documentation and marketing materials for dozens of tech companies, from unknown startups to megaliths like Oracle, Borland, McAfee, and Becton Dickinson. It’s still active today, and (with occasional breaks and forays into other ventures) has been our primary source of livelihood for more than 30 years—and a wild ride for someone with no marketable skills.

32 Responses to No Marketable Skills