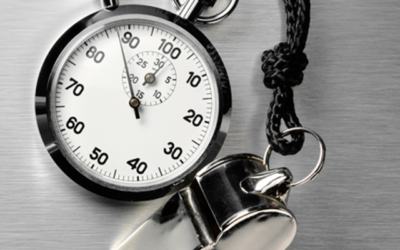 Before I can start talking about PE, I need to explain a couple of things. When I was in elementary school (fifth grade, I think), I came down with pneumonia. I believe I missed an entire month of school. The teacher had all the kids in my class send me get well cards, which I saved for many years. I’m sure she got some blowback from the boys, but bless their hearts–they all made cards. This was during the bake-and-freeze-ahead sessions my mother held in our tiny kitchen in preparation for my sister’s Bat Mitzvah. So locked together in my memory are my ghastly endless coughing fits and the tantalizing smell of freshly-baked rugelach.

I had a bad run with pneumonia, but then I got back to school and all was well.

Junior high, as we called it then, required all the girls to wear crisp white blouses and blue shorts. The uniforms would be inspected each week, and we were obliged to respond to roll call with “Clean and complete!”  (Those of us who had started our periods were also obliged to announce when we were “observing” so we got excused from anything strenuous and didn’t have to put on our uniforms either.) For whatever reason (body shaming?), my mother insisted that I get the baggiest possible gym shorts they sold at Penny’s. Big, baggy Bermuda shorts that only drew attention to what they were  meant to conceal. A popular television ad at the time urged homemakers: “don’t wrap it, bag it” with Baggies. My so-called friends thought it was hilarious to sing this as I took the walk of shame from the locker room. We also had to embroider our names on our shirts (which had to be starched and ironed!) and shorts. Embroidery!

My family moved after my seventh grade year, so I changed schools. This new school had a much more rigorous PE program, with hard-nosed, no nonsense, whistle blowing dictators in charge of our physical fitness. We were required to run. A lot. Fifty-yard dash, hundred yard dash, relay races, etc. I was terrible at it, and felt terrible afterward. I may have mentioned this to my mother, or maybe she got wind of it somehow. But she took it upon herself to get me into “Special PE” which was a horror unto itself. Why was I, an able-bodied kid, forced to be in this class? Oh, right. I ‘d had pneumonia three years prior. One teacher in particular gave me a hard time. I guess she thought I wheedled my way out of regular PE for some bogus reason. My mother must have been quite convincing. Maybe you’ve heard of Munchausen’s Syndrome by proxy? I’ve always suspected there was a little of that going on.

An unintended consequence of being in this PE gulag was that I made a really good friend. She had a legitimate basis for being in special PE, and showed me how we could leverage our position to do some serious goofing off while making a good show of doing the busy work we were assigned. Without her, I might have remained bitter and defensive all year.

12 Responses to PE and other Sorrows