Prompted By The Things I Keep
11 comments. 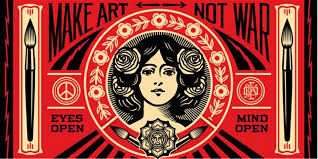 I don’t keep much. Yes, stuff clutters my life but not from way back.

Family things went into diaspora after my father died. My mother wisely refused to become the widow Degelman in our little New England town. She sold the house and left for New York University to begin a new life.

My personal stuff fell prey to gypsy days and a metaphoric compulsion to shed my skin by giving stuff away or throwing it out.

I kept a few things. Chinese pewter candlesticks my grandparents brought back from China before WWII. An oak table, crafted by my father’s Japanese friend, built before I was born. He crafted the table out of tight-grained oak, hand-planed and perfectly proportioned. It has no fasteners, only joinery — the crossed legs mortised into each other, the supporting struts tenoned and pegged. 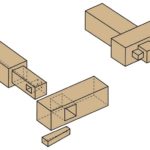 The table sits in my office, bearing the scratches, scars, ink stains and water rings of a lifetime. I remember crawling over those struts beneath the table, convinced I was invisible to the world.

I kept three guitars: a Martin D-28 dreadnought, now battered by use, eroded from flatpicking, but lovingly cared for. A Dobro steel guitar, enameled a screaming cobalt blue with a chrome soundpan. I played both guitars on the streets in the 1970s.

My third guitar was  built in LA’s Boyle Heights by the Delgado Brothers’ fourth generation of guitar makers.

I was ushered into the Delgados’ fragrant, dusty shop by my friend Hirth, LA’s own Doctor John. A remarkable songwriter and stellar guitarist, Hirth was born in Boyle Heights to a Chicano father, a labor organizer, and a Jewish mother, back when the neighborhood was half Jewish, half Chicano. 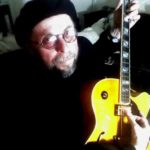 Hirth from Earth, my pal

In back room of the Delgado Brothers’ shop, Hirth and I played guitars at each other to hear the full-frontal voice of each instrument. Hirth died last year but he visits me in the guitar. He says he enjoys the vibrations of my sofa-bound noodling and tells me jokes while I play.

I’ve also kept my resistance. I’m not a fighter but I’ve resisted forever. As a kid, I avoided playground fisticuffs and barroom punchouts. As a resistor, I cast my share of stones but I didn’t get off on street fighting with cops. They’re big, they’re scared, they can be mean. Besides, they got the guns and you don’t.

Resistance can be more terrifying than exhilarating, but I resisted anyway. I loved resistance and a feared it, but when new and revolting developments threatened my resistance, I held it all the more dearly to my heart.

For example, once upon a time, a revolutionary group called Weatherman splintered off from its parent organization, Students for a Democratic Society. The Weather People declared war against the government of the United States and learned to build bombs. Everyone involved stood at a crossroads.

I understood Weatherman’s motivations, we had all been driven mad by the injustice of racism and the war. But did their hasty declaration of war represent a viable resistance strategy? Or did it signal the birth of an incubator baby in a premature revolution? What was to be done? We discussed the differences arduously but had to choose our crossroads alone. 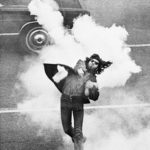 Weatherman became the Weather Underground under pressure from women in the movement. I was impressed by the Weather Underground’s ability to destroy malevolent federal property (draft board offices, draft induction centers, FBI and COINTELPRO facilities) but the Weather people never became a revolutionary army. How were we to declare war? We didn’t have a Ho Chi Minh, we had no popular sea to swim in, we didn’t know how to shoot, and we didn’t have guns (thank goodness).

The ‘we’ became ‘they.’ They made mistakes. They blew up three of their own while building a bomb in a West Greenwich Village townhouse.

Those were dark days but I kept my resistance. Resistance is resilient, not born or smothered. The System will beat, distort, and trivialize any power that threatens it, but for the lucky few who “dare to struggle, dare to win,” resistance can be full of hope as well as darkness.

We recruited our sense of humor, all our intelligence and guile to keep resistance for the future. Rather than selling out, we adjusted our expectations, changed our strategies, and kept resistance alive. It was difficult not to; resistance carries its own momentum.

We developed alternatives to capital consumerism — land-based utopias and food co-ops, free presses and clinics. A broader view of the world began to emerge. Instead of fighting for the here and now, environmentalism and the health of Mother Earth became the focus. The political turned personal as feminism gathered strength. Ethnic studies programs came to fruition on campuses. We hadn’t lost and we hadn’t stopped. We kept our resistance.

The Reagan era was rough. Many of us had come up against The Gipper as California’s governor and could not believe that such a man could be elected President. Then he began busting the unions. Many of us became union organizers to counter the destruction.

Daddy Bush came and went. Those who knew remembered his role in the violent ouster of the socialist President of Chile, Pinochet and the slaughter of his supporters. We kept track of Bush’s Gulf war, later to be amazed that his collusion to protect Saudi oil in Kuwait would be reduced to trivial in comparison to Cheney’s sociopathic Iraq aggression after 9/11. Keeping track of the hubris and raging against the machine seemed the only way to remain sane. 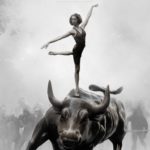 Occupy Wall Street seemed a promising response to the collapse of the real estate bubble and the banks but, after the good old boys of government dusted off the good old boys in corporate, we knew, with or without the emergence of leadership, this brave resistance movement could not last. No matter, the fight was admirable and has its own OWS survivors.

Now we have a same old new world. Sometimes I think I know too much to entertain any more notions of fundamental change. I know who the presidential candidates are — and aren’t. I know that we do not live in a pre-revolutionary climate, not yet. I know the limits of the Presidency; it does not offer a pulpit for broad social change. We knew this from before. We paid no attention to the elections until Richard Nixon stumbled into the apocalypse. No worry, decades later, the weather, not the Weather Underground will bring fundamental change.

I keep my art. I keep my resistance. My resistance and my art keep each other. I’ve also kept the pewter candlesticks, the oak table, the three guitars and — with luck and meditation — I’ll manage to keep my friend Hirth.

P.S. Perhaps the poet and playwright Bertolt Brecht describes the fate of resistance best in this poem, “To Those Born Later.” I hope this poem will augment my hasty efforts at describing such a complex and contradictory history.

11 Responses to Rosewood, pewter, oak, resistance, and a friend

Keeping and Letting Go
by rosie
The Good Books
by Jeannie