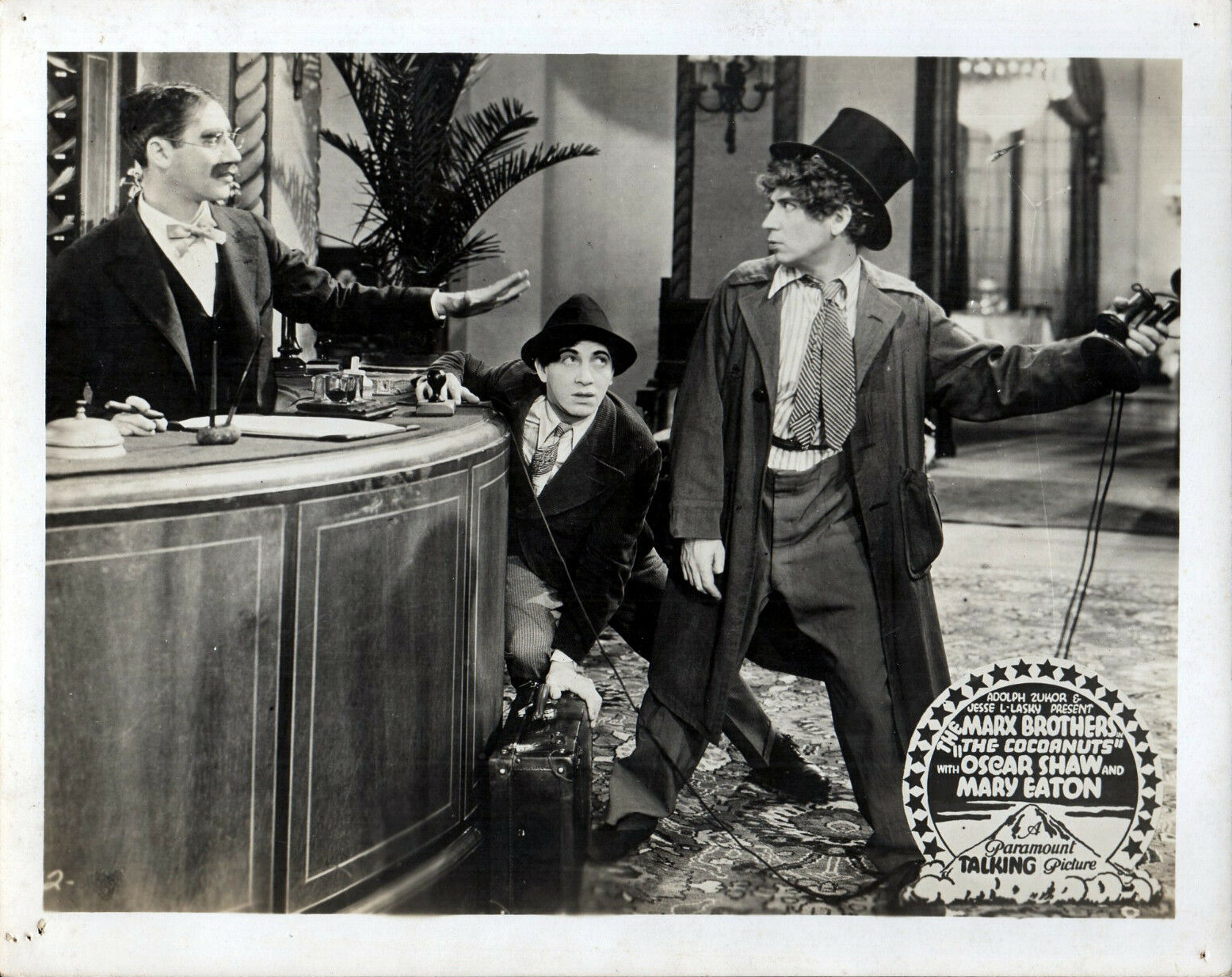 Movies that I watch multiple times tend to be classics, but I watch most of them casually. That is, if they happen to be on TV, and I happen to have a free couple of hours, I’ll have a look, rather than seeking them out. Movies such as The Wizard of Oz, The African Queen, Casablanca, and The Treasure of the Sierra Madre tend to attract me. (Hmm … there’s a lot of Bogie in them.)

... so I picked up a tape of Night at the Opera and a large block of dark chocolate, and we all had a fun time that New Year's Eve.

However, the movies that I rewatch with an emotional component are those of the Marx brothers. When I’m feeling distressed, low, or in need of an emotional boost, there is nothing like Duck Soup or Night at the Opera to cheer me up. Likely it’s the anarchy and send up of any people or institutions in authority that give me a smile, and the amazing combination of verbal and physical humor.

My most notable rewatch was on New Year’s Eve of 1998/1999, when the man I’d been dating uncermoniously “disinvited” me to a party and took someone else. Fortunately, a few single friends were getting together informally, so I picked up a tape of Night at the Opera and a large block of dark chocolate, and we all had a fun time that New Year’s Eve.

In no particular order, here are some of my faves from different Marx brothers’ movies:

From Animal Crackers, with Groucho as captain Spaulding:

“One morning I shot an elephant in my pajamas. How he got in my pajamas I don’t know.” Spaulding also sings a cute ditty, “Hello, I must be going.”

From Horse Feathers, with Groucho as professor Wagstaff, in the cute song, very apropos to sing to Republicans today:

“I don’t know what they have to say
It makes no difference anyway;
Whatever it is, I’m against it!”

From Duck Soup, with Groucho as Rufus T. Firefly, who becomes president of Freedonia:

The satire on politics and dictators is wicked in this movie while being hilarious. There are many notable scenes, but for whatever reason, the one that strikes my funny bone most is a scene with a radio. Harpo mistakes a large radio for a safe, tries a combination on it, and the radio blares Sousa’s “Stars and Stripes Forever” despite all efforts to turn it off and even destroy it.

From Night at the Opera, with Groucho as Otis Driftwood:

While not as chaotic as some of the previous movies, there is plenty to laugh at, notably the famous stateroom scene on the cruise ship, in which 15 people are ultimately crammed into Driftwood’s tiny room. When poor Mrs. Claypool (played absolutely straight by Margaret Dumont) opens the door, they all tumble out. And, there is the “sanity clause” bit, which never fails to restore my sanity. Fiorello is played by Chico:

Fiorello: Hey, wait, wait. What does this say here, this thing here?
Driftwood: Oh, that? Oh, that’s the usual clause that’s in every contract. That just says, it says, ‘if any of the parties participating in this contract are shown not to be in their right mind, the entire agreement is automatically nullified’.
Fiorello: Well, I don’t know…
Driftwood: It’s all right, that’s in every contract. That’s, that’s what they call a sanity clause.
Fiorello: Ha-ha-ha-ha-ha! You can’t fool me. There ain’t no Sanity Clause!

There are parts of the movies that now are disturbing–the sexist treatment of pretty women, and most seriously, the degrading portrayal of Africans and Black people. The Marx brothers were products of their time. That noted, the humor and the satire hold up incredibly for movies that are (gulp!) 90 years old. Definitely worth watching again from time to time.