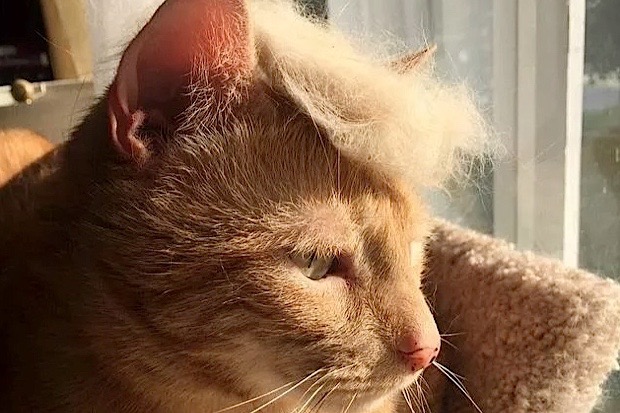 I’ve always been vain about my hair.

When I was born, I was pretty much bald, but as a very young boy, I had bright, curly locks of almost white blonde hair.  My parents had also had bright blond hair as children, though by my birth, they had both had become brunette as they aged.

As with most children, I had a complete meltdown the first time I had my hair cut.  It probably wasn’t from losing my pretty hair, but from fear of being held down in a big chair by some big guy with sharp scissors and buzzing clippers.

Growing up, I would often not leave the house if I hadn’t showered and combed (and for a while, blow dried) my hair.  It was the 1970s and 1980s, and hair was a big deal—often literally a “big” deal.

At some point during college, my step-mother announced, “You’re losing your hair, you know.  You’d probably better enjoy it while it lasts.”  It was typical of her type of personal interaction.

I managed to deal with the growing “parking spaces” for years, but generally kept my hair long enough to comb.  It was growing finer, as well as thinner, so needed a bit more strategy to keep it looking right.  I switched the part to the right side, because it made my hair look fuller, and I kept it a bit longer so hair on one side would cover the parking space on the other.  It was decidedly NOT a comb-over. No, never that.  At work, there was a fairly senior-level employee whose comb-over went from his left ear all the way to his right. Not subtle, not fooling anyone, and the subject of some sad head shaking among the staff.  I swore that would never be me.

Then, one haircut, the stylist really messed up, and cut some of my hair much too short. He had to drop down to about a #6 on the clippers on my whole head to fix the problem, and I had my first “buzzcut” style ever.  It felt extreme and a bit awkward, but the response from people was huge.  It was such a departure from my usual look, that people seemed to be seeing my face as if they’d never noticed it before.  From then on, I kept going back to the buzz cut, gradually getting shorter and shorter until I was at about a #3 on the clippers and felt that any shorter might as well be shaved.

Unfortunately for my vanity, the “parking spaces” eventually turned into a “roundabout” — the pattern of thinning hair had progressed to leave a clump of hair in the center above my forehead with a mostly clear, bald zone around it.  Worse, one side of that clump of hair was thicker than the other.  Meaning, even with my hair buzzed, it looked like I had a one-inch lump of off-balance hair on my forehead.

I decreased the clippers to a #2, and eventually to the lowest setting before using just bare clippers. If I thought I looked bald before, this was new territory.

Vanity sucks.  But Vanity also gave me an option.

In the movie “Speed”, one of the characters talks about how to solve a hostage crisis by “shooting the hostage”—to get the innocent person out of the way so there is nothing in the way of taking out the kidnapper. I decided to metaphorically shoot the hostage of my own vanity.

I shaved my head.

Now, rather than being that “guy with the receding hairline,” I could now be “the guy with the shaved head.”  Much more manly.  Much more decisive.  Look at all the “tough guy” actors and athletes with shaved heads out there.  That would be my new look.  Vanity without a full head of hair.  Without hair at all, in fact.

I can only say this about the journey and my eventual, relatively permanent choice of solution: You will NEVER know how vain you truly are until you shave your head.  You’ll also never truly realize how much maintenance time and money we all spend — even men — on having a head of hair.  While I don’t always shave with a razor (which usually needs shaving at least every other day), I still keep my hair clipped as short as I can and buzz it about once a week, if I don’t shave it off completely.  Very low maintenance, and I can wake up from a nap and not look like I’ve been rolled in the subway.

It was a very liberating thing to do, and I realized after that—all along—it had been me who was the hostage. 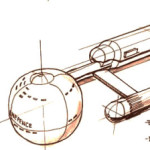 3 Responses to Shoot the Hostage