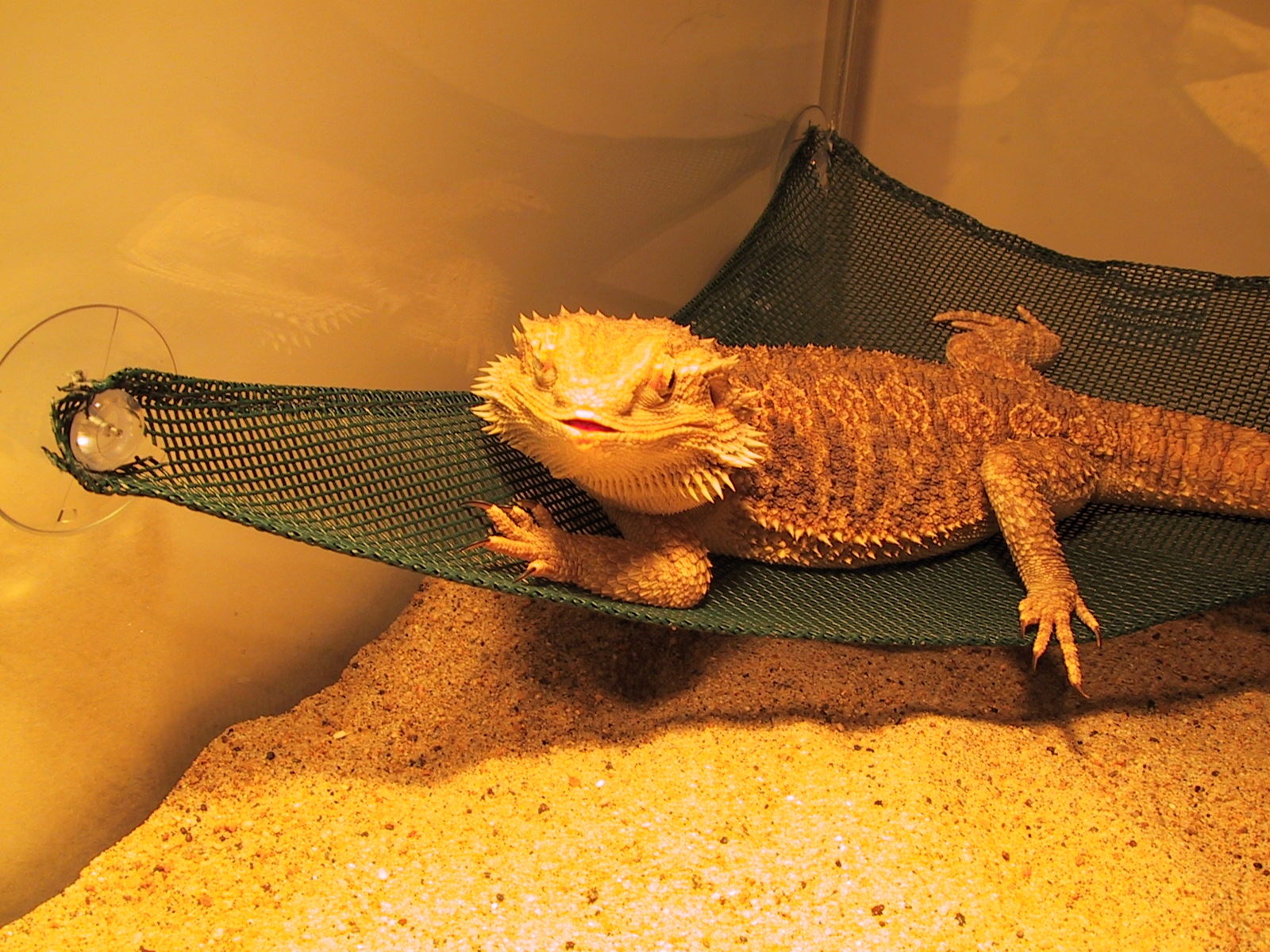 My adolescent sons thought owning a bearded dragon was cool.  These are the lizards who, when challenged, puff out their necks to appear larger to predators.  It’s a neat trick.  But living in a warm glass aquarium in a house in the suburbs poses few threats to your average beardie, so instead he became the prop for my son’s photo class. 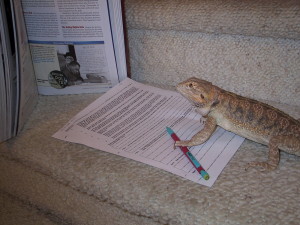 He’s a bearded DRAGON, you see, so his official full royal name became St. George the Dragon.  Referred to by all as simply George, he was a pretty low-maintenance guy.  Not possessed of the personality of a higher order of creature, he would calmly hold poses until the shots were just right.  (Sorry, I warned you these were adolescent boys.) 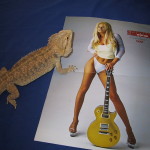 The young man at the pet store was eager to get us started, so his first advice was that we feed George “quality greens.”  And I confess there were times I used that as an excuse to get my sons to eat salads or vegetables…because George needed the leftovers for quality greens.  It worked, both my guys like their vegetables now.  But another aspect of lizard ownership is that they eat live crickets.  Now, you don’t just go out in the yard and hang around in the evening until you catch one.  You have to raise them, in our case in a five gallon bucket in the garage.  The first couple nights it was sort of charming to have that cricket cacophony seeping through the garage door.  Invariably a few would escape and be popping around in the garage, and the trick was to keep them from getting loose in the house. 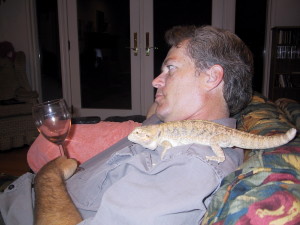 George wasn’t fussy about wine pairings, or about which tv show to watch. All in all, a fun little pet.