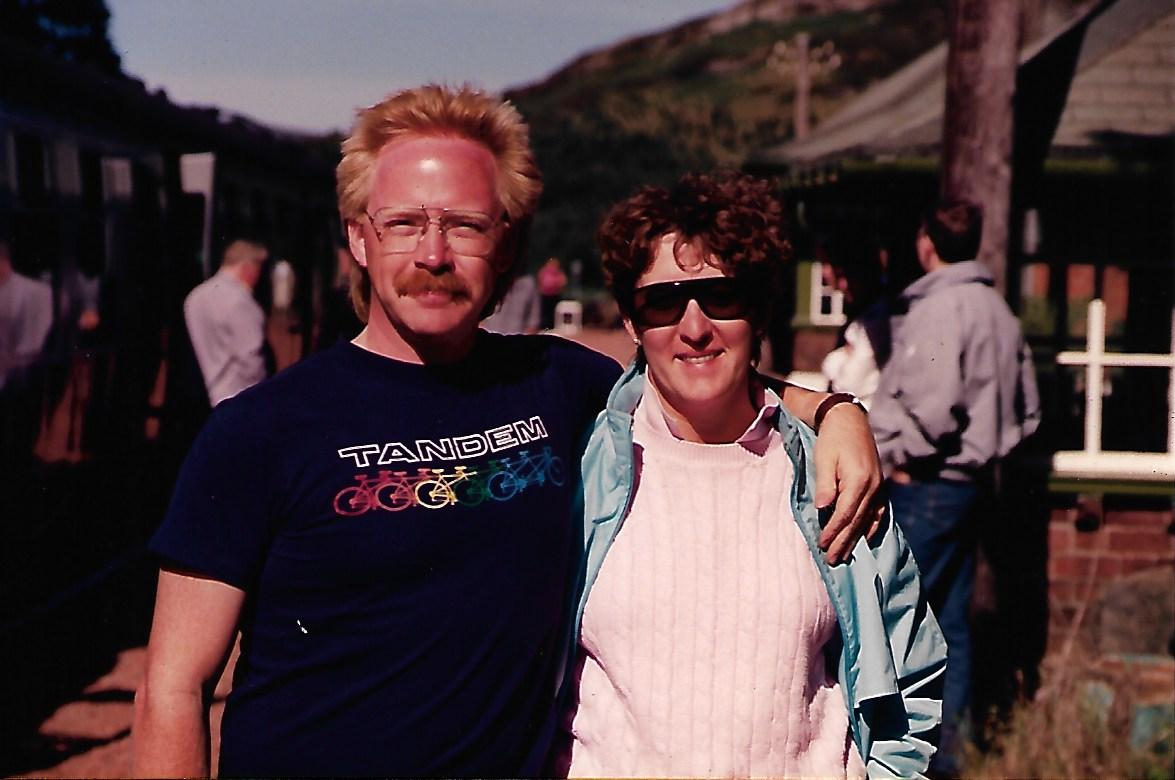 One of my brightest sunburns happened on a beach in Scotland in June 1988. Simon and I left the Isle of Skye very early, took a ferry to Mallaig, and then a train to Arisaig on a lovely, sunny day. An article in a visitors’ guide about the filming of “Local Hero,” still one of our favorite movies, promised that Arisaig was the place to see sites from the film. The writer promised that we could walk on the beach where Danny Oldson (Peter Capoldi, later Dr. Who) and Mac MacIntyre (Peter Reigert) walked while they put together a plan to buy the whole village of Ferness and the surrounding land for a Houston oil company. He promised us tide pools like the one in which Peter lost his watch when he gathered shells and didn’t care.  There was a picture of the red phone box Mac used to call Felix Happer (Bert Lancaster), the eccentric owner of the oil company. The pub where everyone in the village drank was there, too.

One of my brightest sunburns happened on a beach in Scotland in June 1988. Simon and I left the Isle of Skye very early, took a ferry to Mallaig, and then a train to Arisaig on a lovely, sunny day.

We got off the train at a little station around noon, and walked down a hill into the village. I looked for the red phone box. Wasn’t there. However, the hotel where we were staying was lovely. We ate lunch sitting on the sea wall and then went looking for the ocean.

We walked by the church where the people in the film met to talk about selling their village. Two miles later, we found the beach. It was wide and long. The water was surprisingly not too cold. Because we had not expected swimming- temperature water, we did not have swimsuits. We walked in gentle waves, looked for ocean creatures in the rocky tide pools, and sat looking at the view. About three hours later, we walked back to the hotel in bright sun. We stopped once at a small shop to get water.

We had a drink in the bar that did look like the one in the film. Then we discovered that our hotel had a famous restaurant. That was a wonderful surprise. The owner of the hotel took our orders. He was a big, burly, gregarious man, who wore a kilt, and talked loudly with everyone. I ate wild boar.

The next morning, we got up very early so that we could catch the train to Fort William and points South. Because we were too early for breakfast, we were given a large bag of packaged food and drinks and some bread and fruit. Enough to last until lunch the next day.

We waited in the early morning light by the little station in a fog of midges. To escape some of them, I pulled the hood of my windbreaker over my head and pulled the string so that only my nose stuck out.

At the next train stop, when we briefly got off train the take pictures, I looked at my face and then my legs. I knew that I had stayed too long in the sun; I did not know that I was glowing. Simon was glowing even brighter because he has red hair and skin that burns quickly, especially when he has not used sun screen which we did not have when we walked on the beach, sat on the rocks, and took our walk there and back. Another passenger took a picture of us. He found our reactions to our beach sunburns amusing.