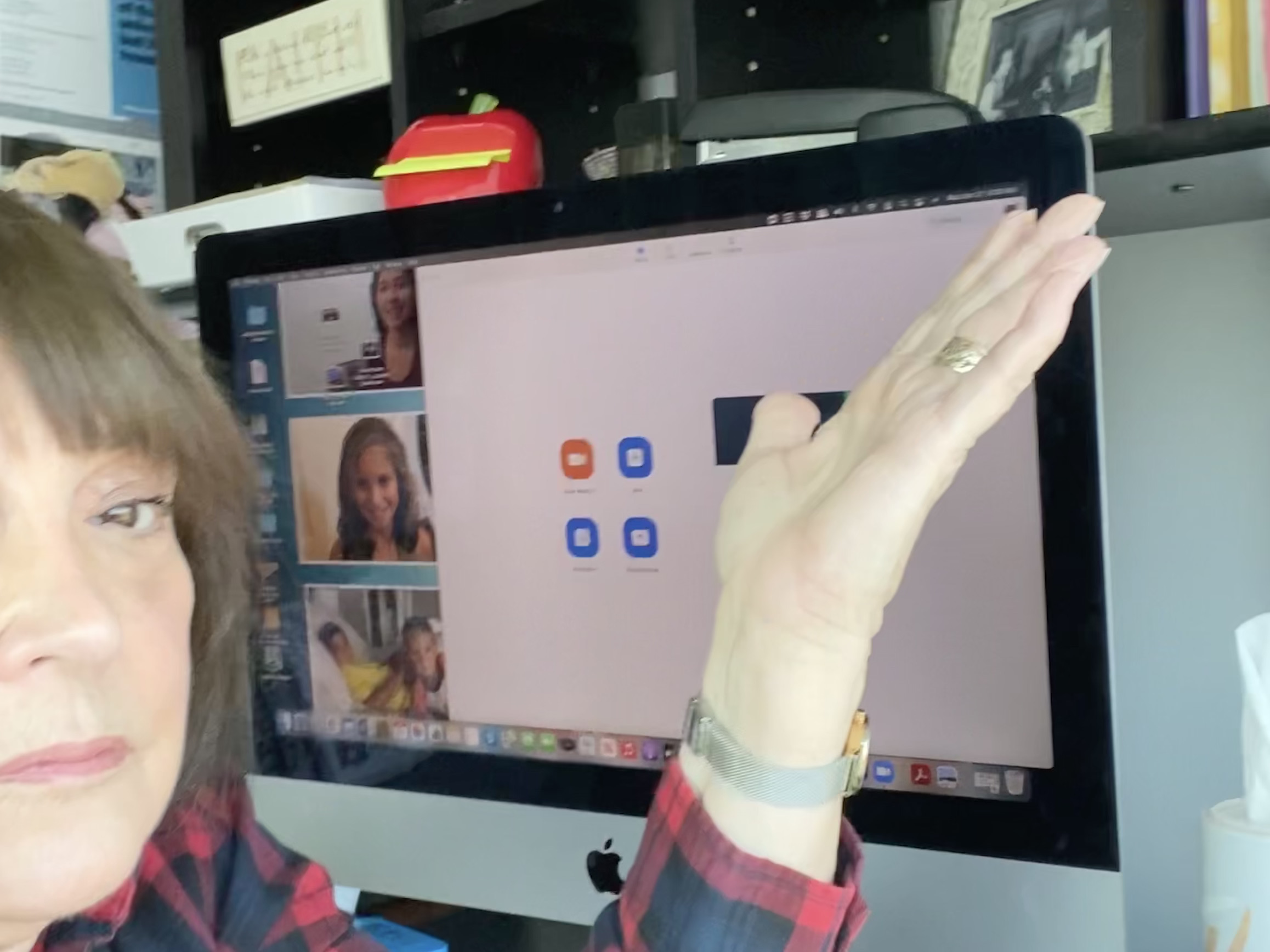 Where do I begin? Well, for starters, my computer won’t open if I shut it down. I’ve had plenty of help, both paid and unpaid. It’s something fatal, I’m afraid, but the prospect of buying a new iMac terrifies me. Plus, the newest version of my beloved computer was just announced on April 20, available in May or June. My brain tells me to wait. There will be bugs to be ironed out. I guess I need a computer that will reliably start after it’s shut down, but I will definitely need tech support to transfer my data, and that fills me with dread.

Now, I’m starting to know how my mother felt about tech support — dazed and confused.

When we moved into our condo on May 15, we thought we had outsmarted our need for tech support by purchasing a “smart” TV. No one told us that Sony TVs prefer android devises and had an issue with our iPhones and iPads. Whom to reach out to for tech support? We tried both the store from which we bought it and Sony. Both really valued our business but forced us to listen to 45 minutes of music before tech support basically told us there was no remedy. An inexpensive Roku fixed the problem, but now we have five remotes. I can only work the Comcast one, which is rather pitiful. 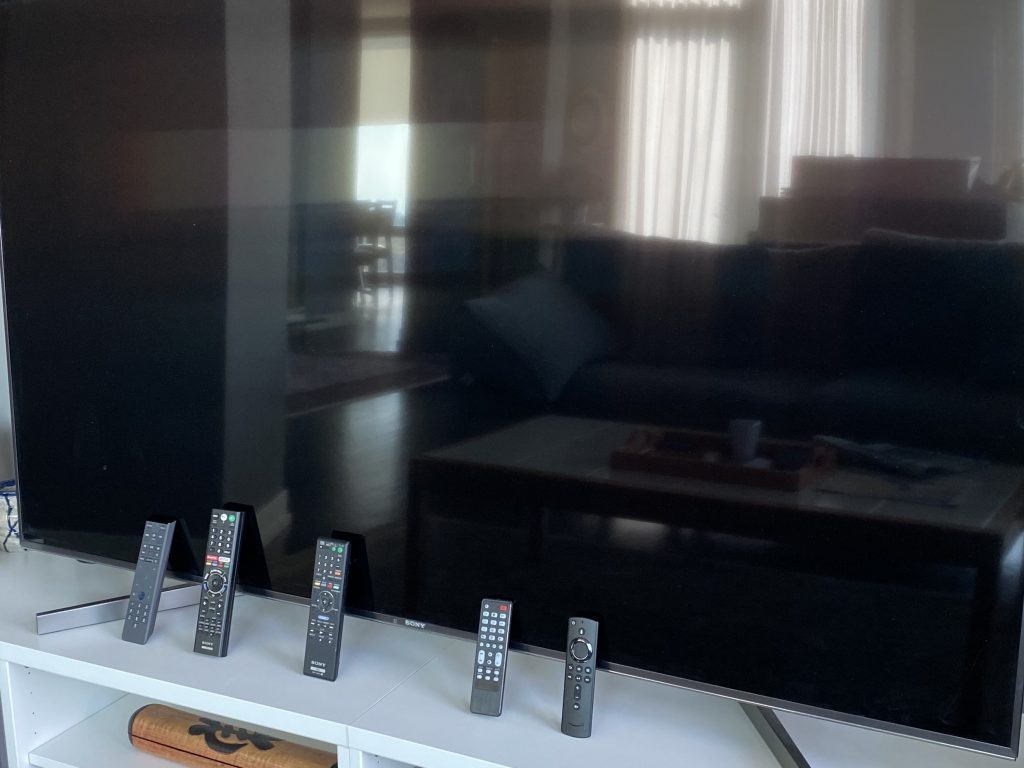 I can only work the remote on the left

Speaking of Comcast, we have a long and sad relationship, dating back so many years that when I reach out for help, they thank me profusely for my loyalty. That’s not the same as fixing the problem, which always needs to be sent up another level for a technician who I know will refer me to a supervisor. To avoid wasting several hours going down this rabbit hole, we have learned to unplug the offending TV, count to 30, and reboot. That works most of the time.

One of my issues with tech support is that I don’t hear that well. Thus, “Sean” with an Indian accent is pretty much incomprehensible to me. Instead of getting into a conversation with someone in a call center filled with background noise in a galaxy far, far away, I have tried using the google machine. Sometimes this works, but there is also a good chance it will make the problem worse or I won’t be able to follow the directions.

Soon, I will resort to the technique I used when my mother, at age 89, needed tech help, usually with Comcast. I called and, using an old-sounding voice, told tech support I was Evelyn Levine. When they asked for the serial number of my computer or modem, I told them I was very old and unable to get down to the floor to find it. Plus, even if I could do that, I couldn’t read those small numbers and letters. Instead, I gave my mother’s social security number and date of birth, and I was in. The person on the other end took pity on me, spoke loudly and slowly, and I wrote down everything they said. Then I called Mom and told her what to do. She thought I was a genius because, not only could I do this long distance, but when I visited her I could find the icon for her bridge game and put it back on her desktop. My husband supplied the help she needed in her ongoing battle with the TV remote.

Before we figured out how to take care of Mom’s tech issues, she kept trying to reach her “geek,” a young guy who ghosted her when Dad died and she moved. After leaving many phone and email messages for him, she took to Facebook, posting on her page: “Jimmy, I really need your help. Call me right away. Mrs. Levine.” I guess Jimmy wasn’t one of her Facebook friends because he never did call her.

Now, I’m starting to know how my mother felt about tech support — dazed and confused. My first computer guru retired to Arizona and gave me the name of a guy who took a laptop home to fix and declared it dead. All I wanted, after paying for his time, was for him to return the hard drive. Never happened. I moved on to a guy who was very nice and inexpensive but was also very slow and had to look up most things on Google. Then, a friend recommended a great guy who could probably fix anything … if I can get ahold of him. Meanwhile, I still have a computer I can’t shut down. 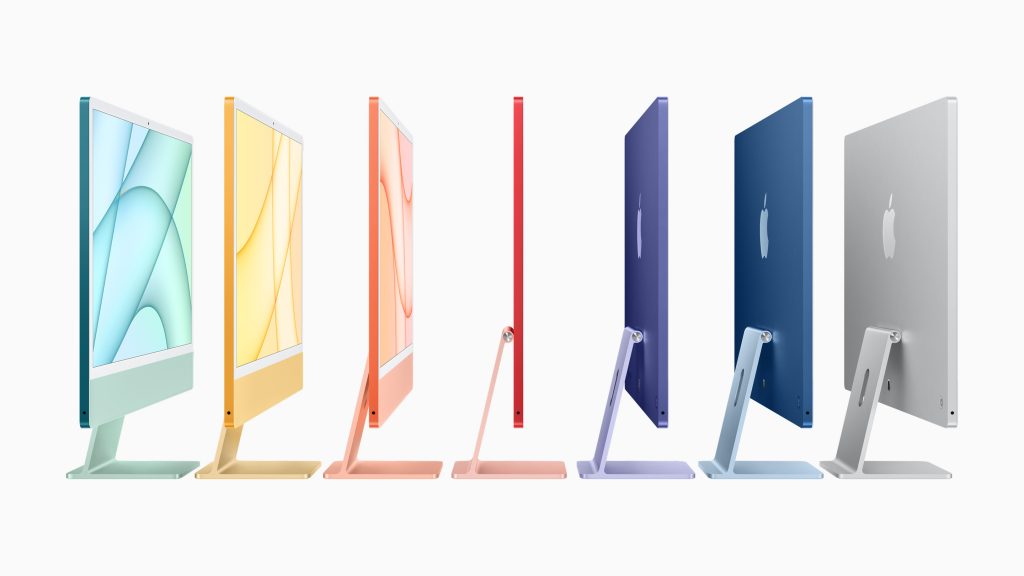 I’m sure Apple won’t mind my posting about their new iMac. Should I get it?

I guess I have come a long way from 1985 when my son’s Apple IIc ate my master’s thesis. Remember those huge floppy disks? I dragged the computer back to the store where I bought it and asked the owner to find my thesis. It had to be in there somewhere. That’s the first time tech support failed me. He was incredulous when I told him I didn’t have a back-up. I didn’t know that could or should be done. Lesson learned. I had to go back to my notes and rewrite it, a painful exercise that probably resulted in a better thesis.

I know that for any of my devices, I probably know how to use 10% of what it can actually do. I accept that I have no idea how anything works. My friend who was a computer science major at MIT spent three hours on my computer that refuses to open after being shut down. He fixed several things, including the sound on my zoom app. When he asked if I wanted him to try to shut down and start it after he was done, I cried NO. Enough tech support for a woman who loves to use technology but has an anxiety attack when it fails to respond to her wishes. 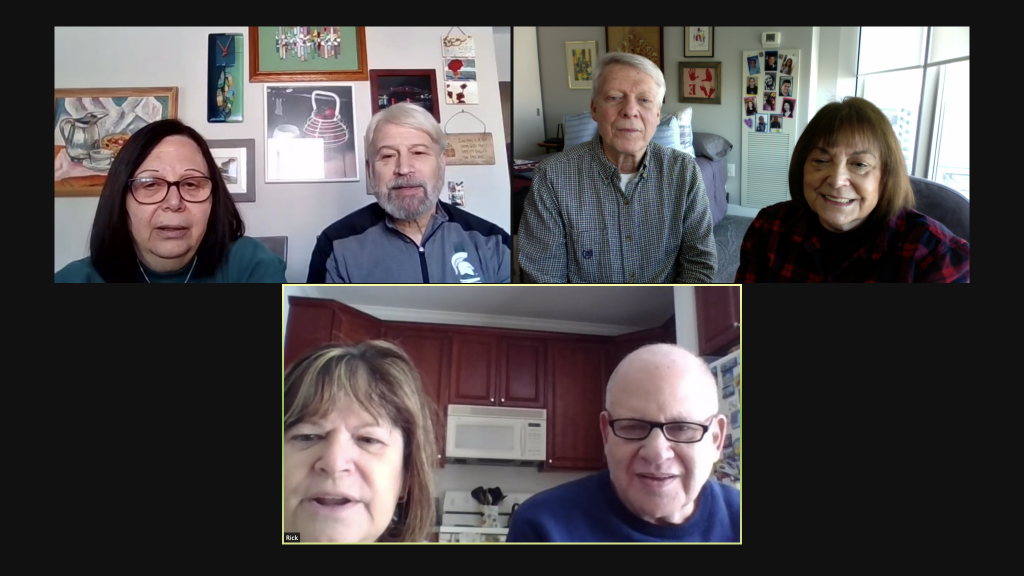 Zoom with my sibs

To end on a positive note, now that my friend was able to fix the sound on my Zoom, I can go back to using my computer for this app I love to hate. Large group zooms can be annoying. Some participants still don’t get the mute/unmute aspect of it. Still, zoom has helped me communicate with friends and family during the long winter of our discontent.

And here’s a zoom between me and my friends from back in the day when we were having our babies and living on the campus of Michael Reese Hospital, our husbands largely absent medical residents. It’s been almost 50 years since we bonded there, and over 45 years since we all went our separate ways. So, I end with a shout-out to the magic of technology. Hi Diane and Connie!