The Marvelous Escalator of Bishal Bazaar, by Jeff Greenwald by Retrospect Team
10
(11 Stories) 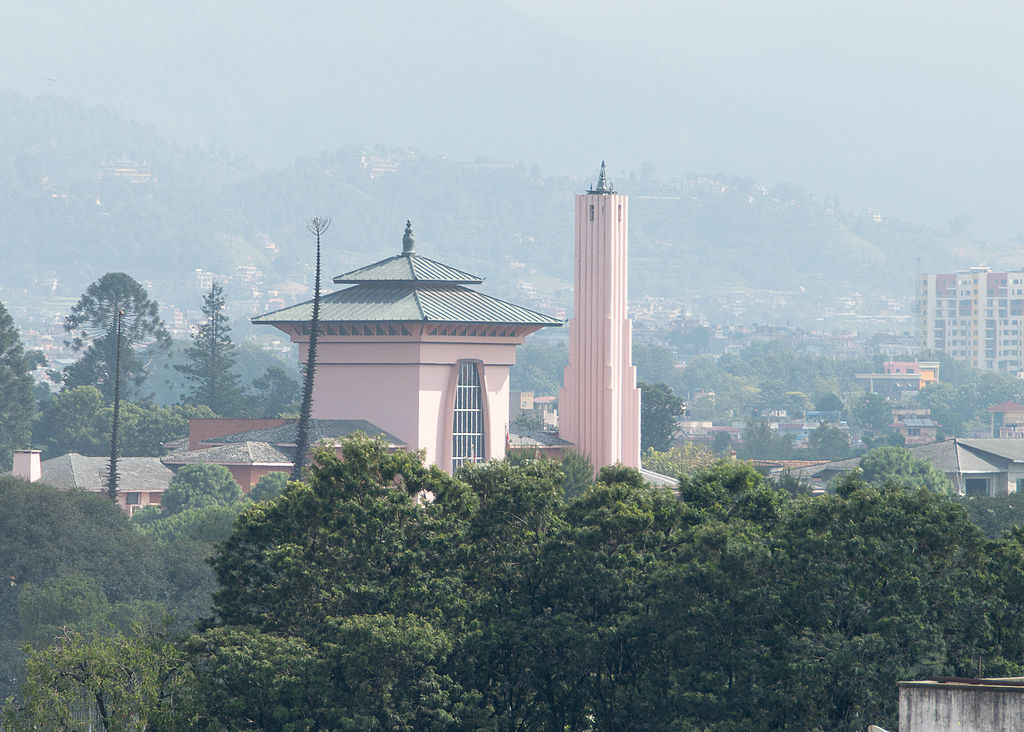 There are many new roads in Kathmandu—the oldest of which is named “New Road.”

He prostrated himself before this divine sight, this river of steel issuing miraculously out of the ground.

New Road begins at the Tundikhel Parade Ground and plows a broad swath through what has become, such as it is, downtown Kathmandu. I steered my rented clunker—an Indian-made Hero bicycle with tassels streaming from the handgrips—through the brightly painted arch, flanked by images of Shiva and Ganesh, and glided to a halt at the first gundpak shop on the left. I bought fifteen rupees worth of the sweet, nutty brown mass. It was wrapped, still warm, in yesterday’s New York Stock Exchange report.

Then it was off again, past the shimmering displays of the gem and jewelry shops; past Vision Stationery and Human Fit Tailors; past shops selling soccer balls and trikes, chutneys and doughnuts, King and Queen commemorative plates and Singer sewing machines; past a crowd of Nepalis massed before a storefront, watching color photographs spew from the maw of an instant processing machine; past the steel-shuttered windows of the American Cultural Center, with their dramatic display of space shuttle photos; past the ancient pipal tree, beneath whose spreading branches lay broad plastic tarps blanketed with rows and rows of local newspapers and magazines; past enormous black bulls chewing complacently in the road as traffic swerved obediently around them—and in the windows of the tour agencies I read the brightly lettered signs saying,

At the end of New Road is the old royal palace with its towering pagodas and fantastic courtyards populated by gods, goddesses and demons. Not a bad venue for some shopping! But before making that plunge into the giddy world of Buddha buying, I cycled around the staid bronze statue of Chandra Shamsher Jung Bahadur Rana, stopped my bicycle, and locked it by a telephone pole at the corner of Dharma Path and New Road. And there I gazed up, face to face with the entrance to the city’s most grotesque capitalist monument: three tiers of sooty raw concrete, and a hand-lettered blue and white sign reading ‘Super Market’. This was Bishal Bazaar, Kathmandu’s first enclosed shopping mall: a mere seven years old, but already an ancient ruin. 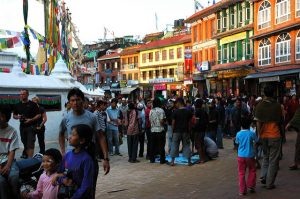 At the foot of the Bodha Stupa, Kathmandu. Photo credit: Wonderlane via flickr.

I’ll tell you why I stopped. Some friends had come to town a couple of weeks earlier, and they returned from a stroll one afternoon to inform me that the management of this so-called Super Market had just finished installing an attraction that had proved to be the modern-day equivalent of the Hanging Gardens of Babylon. We’re talking about Kathmandu’s very first escalator, linking the first and second floors of the gritty enclosed mall.

Now, I’d been by before, hoping to find this marvel of technology in action. As a rule it was broken, covered over with enormous sheets of plastic, like a minor work by Christo. Today, though, contrary to any of my expectations, the escalator was running; and this I had to see.

There were two enormous crowds. One was gathered at the foot of the escalator, where a sneering guard wielding a nightstick pushed the bravest of the brave, one by one, onto the veranda, the no-man’s-land at the base of the procession of hypnotic, endlessly ascending steps. A barefoot porter in filthy, tattered rags—some lost refugee from the hills—stood immobilized at the starting line, awed to paralysis by the stream of metal that flowed as if by divine writ from beneath the rubber cowl by his toes. As I watched, I realized that the man was experiencing a beatific transformation. His knees weakened; and within a moment he was bowing, praying, practically prostrating himself before this divine sight, this river of steel issuing miraculously out of the ground, just as the holy Ganges flows from the scalp of the great Lord Shiva! The guard reached forward and jerked him rudely aside.

The next victim was a twelve-year-old boy who, poised at the bottom, eyed the rise with all the trepidation of a diver who suddenly realizes that, yeah, the high board is really a lot higher than it looks . . . He swung his arms and heaved a deep breath before closing his eyes and plunging out in his best urban swan dive. Right behind him was an elderly Muslim lady who took one look and tried frantically to back away; instead, she somehow stumbled onto the device. At first she kept her eyes closed and seemed to heave a sigh of relief as her senses convinced her that she wasn’t moving after all. But as soon as she opened them, her face whitened into a mask of absolute and abject horror. She clung desperately to the rubber rail, crouched as if for combat as her sisters, her husband, her sons and grandsons all faded, perhaps forever, against the backdrop of blinking advertisements far below.

The second mob waited at the escalator’s summit, delighting in the huge joke of relative motion. These sophisticated voyeurs—many of them seasoned escalator veterans themselves—shouted with glee as each of the hapless riders was propelled, panicked and staggering, from the apparently motionless safety of the escalator onto the utterly unexpected menace presented by stable ground.

I ran up and down the stairway parallel to the marvelous escalator, enslaved by the realization that I could not leave—could not bear to leave—before demonstrating my utter command, my consummate prowess with escalators. No; I positively could not continue my search for a perfect peaceful Buddha before leaping onto this escalator like a trapeze artist, and wowing these local yokels with a bit of spontaneous street theater.

So, after mingling patiently with the downstairs mob (who ushered me forward with the respect and generosity characteristic of all Nepalis), I found myself at the coveted brink. At first I made a show of trying to back away—and then, letting loose an awful howl, mounted the flying stairway in the most histrionic fashion imaginable, a pantomime of sheer terror, flailing and doubling back, slipping down the railing, disappearing from sight, finally rising to my feet only to be propelled like a rag doll into the waiting arms of the electrified crowd.

Ah, they roared! They loved it! These people! My people! I walked back down the steps, Nepalis slapping me on the back. Whew! Hey! What a riot! That was great! I was great!

But then the grin slid off my face like a wet towel, because the crowd was captured by a momentary silence. Far below, making their way through the swinging glass doors, a retinue of Buddhist monks entered the Shopping Center. They approached in single file, heads shaven, their robes flowing behind them like a flood of freshly squeezed Florida orange juice.

The crowd melted, parting like a biblical sea to allow them through. The guard abashedly lowered his nightstick and stepped hastily aside. And the monks, without panic or ceremony, simply mounted the escalator and 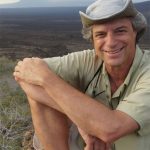 Jeff Greenwald is a veteran photojournalist who has traveled extensively through five continents. This story is excerpted from Shopping for Buddhas, recounting his quest to find the perfect Buddha statue. The book was first published in 1990, and recently updated for its 25th anniversary. His book The Size of the World, a chronicle of his around-the-world overland (and sea) journey was a national bestseller. Jeff’s most recent book is Snake Lake, a return to Kathmandu. His one-man show—Strange Travel Suggestions—continues to draw sold-out houses. He co-founded Ethical Traveler, a global community supporting human rights and environmental protection, in 2003.

3 Responses to The Marvelous Escalator of Bishal Bazaar, by Jeff Greenwald 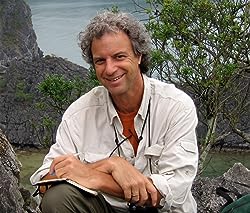