The One That Got Away by lily (2 Stories) 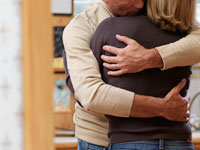 I have never had a high regard for the sanctity of marriage. Maybe it’s because I’m a child of the Sixties. It always seemed like an outmoded institution to me. Be monogamous, don’t be monogamous, but don’t be controlled by a piece of paper and some religious or civil authority muttering an incantation over you. I did ultimately get married, capitulating to peer pressure and group norms. That didn’t change my attitude though.

The temptation that I didn't act on

In my twenties, long before I was married, I had affairs with three different married men. The first man left me when his wife’s parents bought them a house on condition that he stop seeing me. The second one moved to Alaska with his wife. The third one actually left his wife and moved in with me, but then ended up being too overwhelmed by guilt and went back to her. I don’t regret any of them. There was pain from the breakups, sure, but no more or less than in my breakups with single men.

But the story here is about the temptation that I didn’t act on.

I met him in a college class, and he became a good friend first, before we started dating, so we knew each other really well. We were together during junior and senior years of college, and another year after that. Then we went in opposite directions, first geographically and ultimately emotionally too. We kept in sporadic contact, and he came to visit me once for a long weekend. He even gave my name as a reference when he needed an FBI clearance. But those were the days before email existed, and long-distance phone calls were horribly expensive, so we gradually lost touch.

Thirty years later, he attended a conference that my sister was also attending, in a city about 120 miles away from where I live. He recognized her and introduced himself. They had a nice chat, mainly about me, and she told me about it weeks or months later. The next year they were both at the same conference again. By the third year, I decided that I needed to see my dear sister, so I made plans to drive to the location of the conference, and, since it was so far away, to stay overnight with her in her hotel room. With a little detective work I found his email address and wrote to tell him I would be there. We made plans to get together late in the evening, after we each had dinner with other people.

We met in the lobby of the hotel. There was no one else around. I got there first, and my heart was pounding as I waited for him. I had seen a picture of him online and discovered that he was almost completely bald, which was disconcerting, since his beautiful, luxuriant hair had been one of his defining characteristics in college. Perhaps I looked disconcertingly different from my college self as well. But as we started talking to each other, our voices made the years melt away, and suddenly we each saw the other as we had been when we were young and in love.

We talked in the lobby for over an hour. We showed each other pictures of our spouses and children. Then I needed to get something out of my car, so he walked out to the parking lot with me. We came back inside and reluctantly got into the elevator to return to our respective rooms. My sister’s room was on the third floor, and his room was on the fourth. The elevator doors closed and we didn’t push any buttons. He tentatively moved closer and kissed me. I kissed him back. Somehow, the elevator went to the fourth floor and when the doors opened there, we both got out. We went to his room, he opened the door, and we walked inside and started making out, still standing up. We stood there in each other’s arms, kissing and hugging and talking, for a long time. We tried to figure out when and where we might get together again. Finally I said that I was afraid my sister would be worried about me, and I needed to go back to her room. It was so difficult, but I forced myself to walk out and go downstairs.

When I got back to my sister’s room, she was already sound asleep. I brushed my teeth, put on my pajamas, and got into bed. I was wide awake and unable to think about anything but those kisses. I wanted to go back upstairs and knock on his door. The reason I decided not to was totally ridiculous. Since I was staying with my sister, I had brought very functional pajamas instead of a pretty nightgown. If I had been wearing something more enticing, I would have gone back to his room. I wanted to go to bed with him, and I had no qualms about it. But I didn’t go because of what I was wearing.

Of course, even if I had gone back, it’s possible that nothing would have happened. But I wish I had found out, one way or the other.

The next year I wrote to ask if he was going to be at the conference again. He said yes he was, but he was bringing his daughter with him to look at colleges. I think he was bringing her with him for protection. That was the last time I ever heard from him. 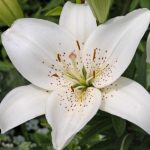 2 Responses to The One That Got Away