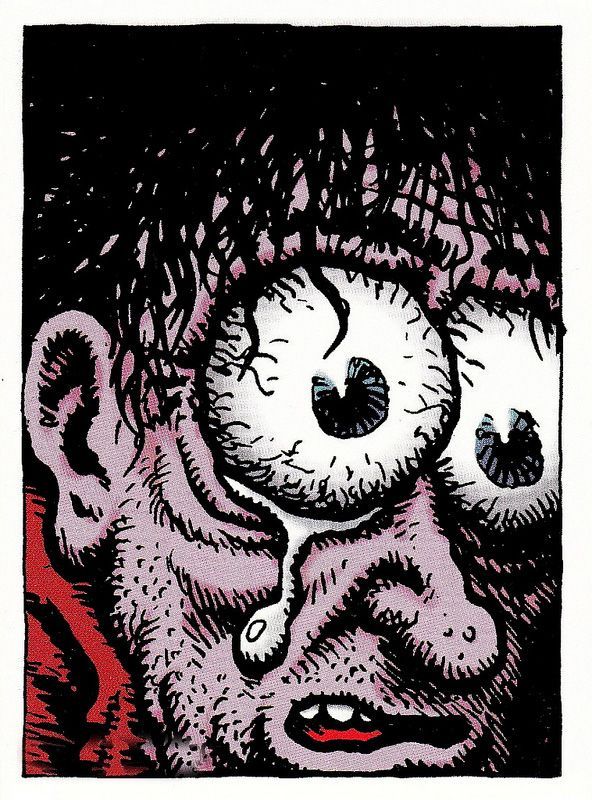 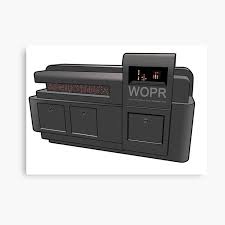 1962 — Wonder. Worked a summer job in the meteorology department at MIT, entering delicately penned weather data from 1876 to 1954 onto punch cards. I would then take a stack of cards to Wes, the wry, sarcastic grad student who studied with Tom Lehrer and was assisting my neighbor, Professor Hurd Willett, a world-renowned authority on long-range weather forecasting, in tabulating the minutiae I had gathered. Then he would fire up a large, gray IBM computer the size of the WOPR in “War Games,” feed the cards into the machine, generating a shuffling racket at the decibel level of a textile mill running at full capacity, and adding another statistical line on a graphic.

I can’t stand the sight of my cell phone... 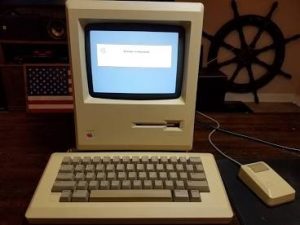 1984 — Intrigue. I returned from a tour playing jazz to meet my first Apple computer, a Macintosh 128 K. It was booted up by a floppy disk that would load a word processing program. On the tour, I had begun to write short stories. I had moved to Hollywood, so the screenplay had to follow. Now I could write fiction and dialog onto a glowing screen and copy, cut, and paste words and paragraphs and outlines. Then I could print my writing with a dot-matrix printer. I also bought a music notation program that fit on several floppy disks. Once you loaded the program, you could peck out music notation and print it out on a dot-matrix printer. It could also beep melodies and even harmonies.

1988 — Awe. A screenwriting partner named Ray and I used something called a modem that turned one end of a telephone line into a binary stream to invade the card catalog of the Santa Monica public library. We felt sneaky. The modem made a funny, cartoon-like bouncing noise as it connected with the Universe.

1991 — Deviant behavior. I sent a 1000-word assignment about the first landfall of Christobal Colon to my producer at Philips Interactive. It took 45 minutes for the document to download, byte-by-byte over what was called the World Wide Web.

1993 — Pride. Although the world had divided in two — there were Mac people and PC people, I learned DOS to use the linked computer system at my new job as a curriculum writer and editor at a civic-education organization. Soon I was able to operate on a need-to-know basis in DOS, then go home and write on my new Mac SE. The SE featured two floppy disc ports.

1993 — Horror. I listened to a terrible grinding sound as a fatal combination of keystroke commands destroyed the first draft of a long short story. Grim with tears of determination, I found that rewriting the whole story from scratch produced better work.

1996 — Reluctance. An aggressive nerd, son-of-a-board member at my civic-education organization urged us to develop a web site that would connect to the world-wide web, now commonly known as the Internet. We couldn’t see the use-value. Besides, it sounded like a time-consuming experiment that would demand a steep learning curve. We learned. Fast.

1998 — Surprise. One day, I noticed a guy standing on the sidewalk talking to himself. He looked pretty well-dressed for a lunatic. When I drew closer, I saw that he was speaking into a small cell phone. It fit into the palm of his hand and didn’t even have an antenna. 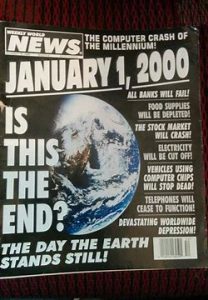 2000 — Embarrassing irony. I was editor of a service-learning newsletter we put out quarterly. I tackled desktop publishing to help out our swamped layout and tech guy, Andrew. I was constantly baffled by the technical demands of the program. So, I’d call in Andrew. All he had to do was stand over me as I demonstrated my unsolvable problem. Problem solved. This happened too many times to be a coincidence.

2006 — Full circle. Fast forward from 1998. Walking to Wilshire for lunch, I noticed a homeless woman with a shopping cart screaming into her cell phone. She sounded intense, pissed off at somebody. As I approached, I saw that she didn’t have a cell phone.

2012 — As a faculty member at California State University, I had to learn Microsoft Excel, PowerPoint, and a constantly shifting set of student-interface programs like Moodle and Canvas. Despite the limitless possibilities these programs threaten me with, I stick with a Need-to-Know approach.

2021 — Delirium tremens. I can’t stand the sight of my cell phone, but I feel naked without it. My eyes ache from near-sighted focus on a relentless series of screens glowing with cyber oscillation. I refuse to read instructions for the digitized machinery that overwhelms my covid-entrenched home. I fight daily for survival against the chairs that afflict my mind, body, nervous and circulatory systems and joint flexibility. As in Oscar Wilde’s portrait, [cyber] technology has decimated me. Nevertheless…

As a person who stubbornly maintains that I have stuff to say, I remain intrigued by technology’s wondrous reach.

14 Responses to The Portrait of Dorian MacDOS

Say, what?
by Tom Steenburg