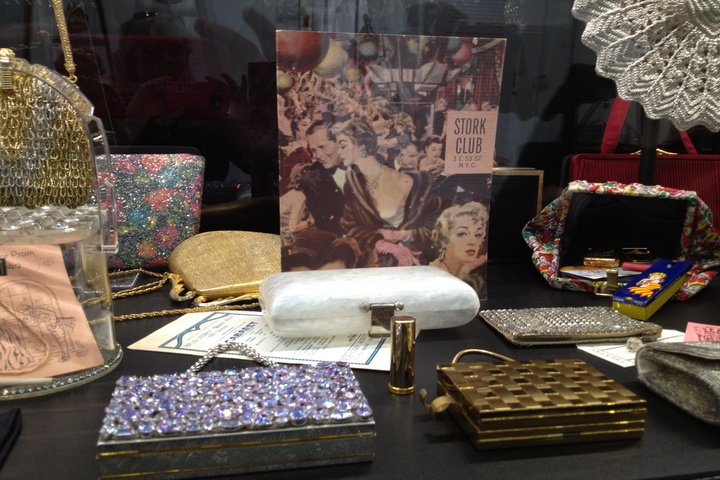 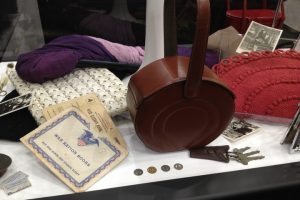 Little Rock, Arkansas is the home of Central High, the Clinton Library—and the only dedicated purse museum in the United States. Although not a traditional art museum, I think the ESSE Purse Museum exhibits a different kind of art: symbols of the lives of women in a one-of-a-kind collection of clutches, crossovers, and cavernous carryalls. 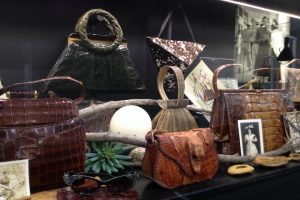 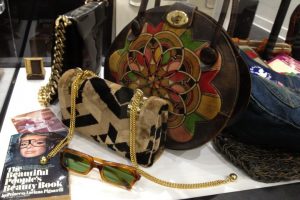 The ESSE Purse Museum provides a unique perspective on 20th century American women, illustrated through a display of the purses they carried. The museum’s exhibits also trace the history of fashion in the last century, of women’s evolving sense of self, of accessories as art.

(I visited the museum several years ago on a side trip to Northwest Arkansas after visiting the Crystal Bridges Museum of American Art and the October craft fairs in War Eagle.)

Arranged within the museum’s glass display cases is a collection of purses from 1900 through the 1990s, divided by decade. Owner and curator Anita Davis has assembled a dazzling array of purses demonstrating the changes in what women carried—over their shoulders or tucked by their sides—as their needs and habits changed over time. The ten main displays and their witty interpretations, written by Laura Cartwright Hardy, make it clear that the purses—and their contents—tell a larger story, each purse representing the woman who clutched it in her gloved hand at a USO dance or slung it over her shoulder on the way to work. Rather than try to summarize Hardy’s work, here are a few excerpts:

“What is the essence of womanhood? Despite her inner core that makes her unique, every woman is also an ‘everywoman’ tapped into the collective consciousness that preceded her and will exist long after she is but a remembered whiff of cologne, a hint of spearmint in an old handbag, a rosewater-scented handkerchief long-buried in a drawer.” 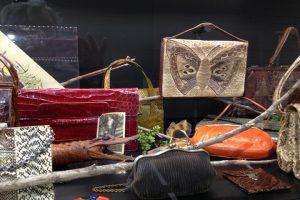 “Just as the essence of a woman is not her appearance, size, shape or hair color, the essence of a woman’s handbag is not its style, price, designer logo or color. The essence of both are the things they carry, literal and ethereal–the makeup and the memories, the driver’s license and the driving desires, the hairbrush and the hope, the wallet and the wishes, the lotion and the love.”

“Not an accessory, but an extension of her ‘self,’ a woman’s purse  is….the sacred, private place that holds her identity, her valuables, her memories, her dreams, her mystery. Always within reach, her purse is personal space, not a possession but a hallowed repository of the things that make her ‘her.'” 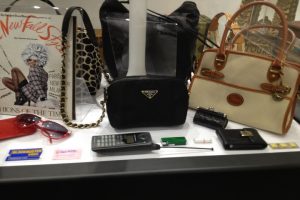 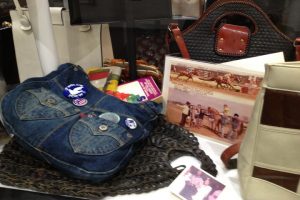 Who she was, how she moved about in her world—whether she belonged to the flapper era, the turbulent ’60s, or the have-it-all ’80s—her story is told in purses made of leather, plastic, needlepoint, metal, snakeskin or straw, glittery and gilded, sequined or beaded. Each purse carries with it traces of the woman who packed the comb, compact, and mad money— or the brick-size phone, a pair of running shoes and a granola bar. You can almost catch the scent of Shalimar or Chanel N°5 on the edge of a handkerchief tucked inside one of the satin evening bags. 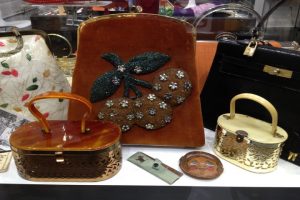 “Sensual or sturdy, purses offer so much to ponder: the aroma of childhood, remembrances of home, people past and times gone by–and the smell of the new: leather, straw, hopes, ambitions. A hint of a scent–was my mother just here?” 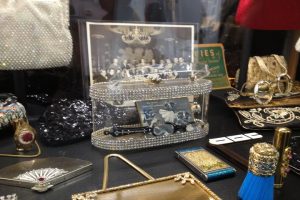 18 Responses to The Things We Carried