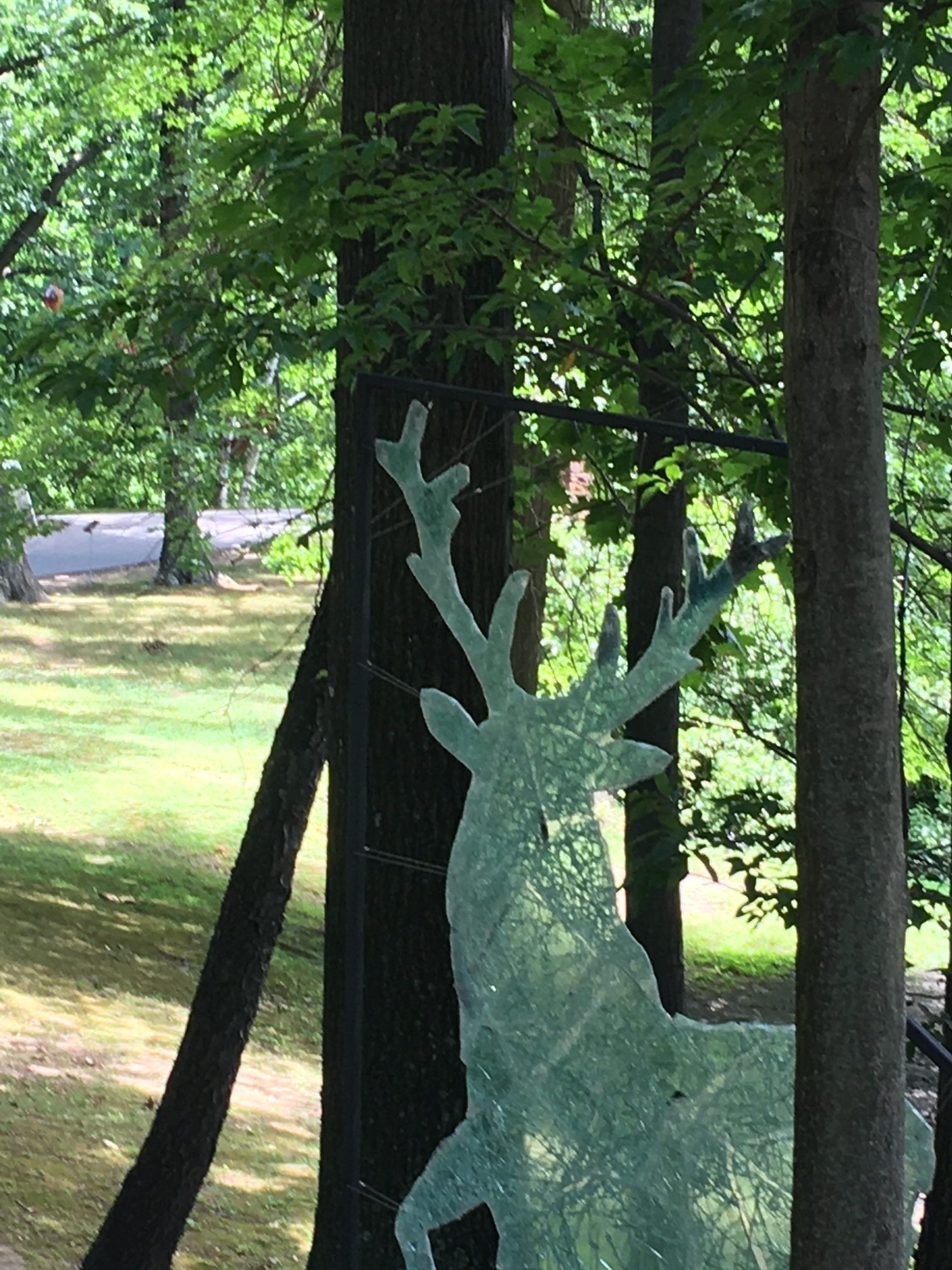 Because of the pandemic, I could not accompany my wife Betty inside the Brigham & Women’s Hospital in Boston for her follow-up visit with her oncologist. I had to wish her well and say good-bye at the doorway.

I was missing those illustrated elevator rides. I was regretting that we wouldn’t be able to go to lunch together after the appointment in the third-floor cafeteria, with its salad bar, its fish baked on the premises, its hardy soups, its many dessert choices.

After several years of good experiences, I associated this venue with healing, not disease. Betty’s surgery and followup procedures had taken place here, and we were never in doubt about the exceeding competence, knowledge, and commitment of the people who delivered her treatment and care. I liked everything about the hospital and the next-door Dana Farber Cancer Institute–even the floor-to-ceiling bold illustrations you saw when the doors of the elevators closed on you! Striking images of snow-capped mountains, bright blue skies, and words about how the doctors here were “defeating cancer by turning its cells against itself” and “helping the body unleash the power of its own immunities.” 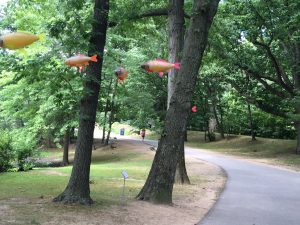 I was missing those illustrated elevator rides. I was regretting that we wouldn’t be able to go to lunch together after the appointment in the third-floor cafeteria, with its salad bar, its fish baked on the premises, its hardy soups, its many dessert choices.  We also would not be able to take a few minutes for quiet reflection in the Meditation Garden adjoining the cafeteria, hearing the sounds of recorded bird calls. 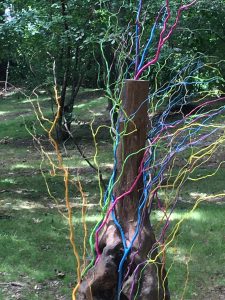 Even more, I was missing my usual walk across the PMC Bridge. Every summer for many years we had watched and applauded the thousands of cyclists of the Pan Mass Challenge–raising money for Dana Farber–ride along Route 6A in Brewster, on Cape Cod, near our home. They were nearing the end of the second day of their 192 mile ride from Sturbridge.  Sometimes in the weeks preceding the event, I would encounter PMC riders in training, and I would join them and chat for a few miles together on the Rail Trail. When Betty got her diagnosis and came to Dana Farber, we were walking from the Yawkey Center for Cancer Care to the Dana Building, and came across this bridge, all festooned with snapshots and videos of our beloved PMC Riders, along with displays of the cumulative total of funds they had raised (now in the hundreds of millions of dollars). That had felt like a very personal welcome, assurance that we had come to the right place.

We had left the car in the underground garage. I couldn’t enter the hospital; I couldn’t sit at a coffee shop. So what was I to do for a couple of hours? I took a walk and soon found myself heading to the Riverway, part of Boston’s “Emerald Necklace” designed by Frederick Law Olmsted. We were right on the Brookline/Boston border, and as I walked across a footbridge to the other side of the Muddy River that meanders through the parkland, I found I was in the midst of an outdoor art exhibition. I encountered an  explosion of color, texture, composition, shape, and form. It was courtesy of Brookline’s Studio withou

t Walls, and hosted by Brookline Parks and Open Spaces. 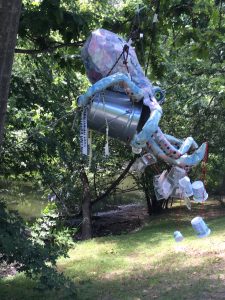 It wasn’t there because of the pandemic; this was their 21st year of conducting an artists’ competition resulting in a similar series of outdoor installations. But the pandemic context made it all the more valuable. What a wonderful art adventure, so needed at such a time! 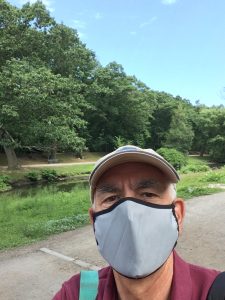 13 Responses to An art exhibition during a pandemic