Twenty Years Later: Trying to Recapture the Power of Community and Caring by Laurie Levy
200
(220 Stories) 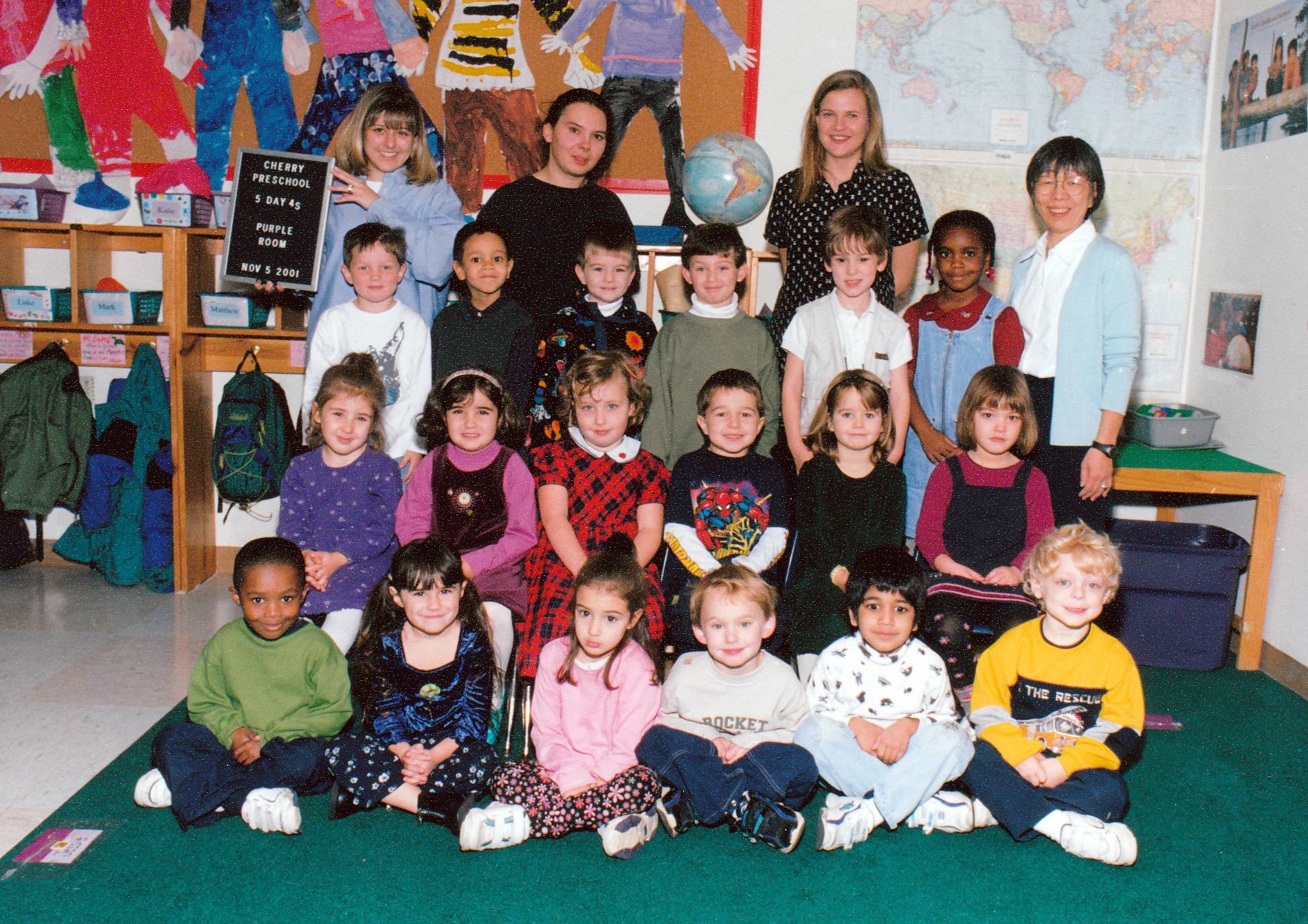 On this 20th anniversary of 9/11, I’m lamenting the loss of community and caring I felt in the aftermath of the attack. My memory of that day is forever linked to the early childhood educators of Cherry Preschool, who were a caring community trying to manage their own terror to shield young children and comfort their families. Those kids are now young adults. I doubt they have any memory of the day at all, but my colleagues and I at Cherry Preschool will never forget it.

Those preschoolers who started school on September 11, 2001, may not remember that day, but I hope they will be able to recapture the sense of community, caring, and working for the common good that we felt back then.

Because it was what we called pre-visit day, when children came individually with parents or guardians to meet their teachers and see their classrooms, most of the staff had arrived early and was busy preparing. It was such a beautiful morning. Perfect for starting a new journey in a child’s life. I was director of the school, so I had been there for quite some time when a staff member rushed into the building shouting, “Turn on the TV.” It was 7:45 a.m. Chicago time — too early for kids to be arriving.

It didn’t seem possible. A plane had crashed into the north tower of the World Trade Center. How could such a weird accident happen? Was it a small private plane that had flown off course?

2001 was still a relatively innocent time. Internet news and cell phones were not that common yet, so the staff gathered in our Community Room around the small television we used for playing teacher training videotapes. And our world changed.

By 8:03 we watched in disbelief as the second plane hit the south tower. When the third plane hit the Pentagon at 8:37, my colleagues and I were in shock. Several of us were crying. I remember thinking that this was impossible but also that our country was under attack. And then I looked at the clock and said, “Turn it off.” Kids would start arriving at 9:00. We hugged one another and teachers went to their classrooms. My administrative colleagues and I stood by the front door to greet the little ones on their first day of preschool.

There were a few parents too distraught to keep up the charade. While the teachers greeted their students and welcomed parents to preschool with warm smiles, we administrators dispensed hugs and diverted the adults to the office so their kids wouldn’t see their tears.

We missed the horrors that continued through the morning — the plane crashing in Pennsylvania, the bodies falling, the collapse of the towers. At lunch hour, we gathered around that small TV and watched all of these in stunned silence. But we knew more children and families would be coming for afternoon classes and we had to pull it together.

I’m not sure how it happened, but we decided to go outside and somehow find a way to comfort ourselves so we could go through the first day of school for yet another group of preschoolers. We held hands and then Julie’s clear voice rang out, “God Bless America.” 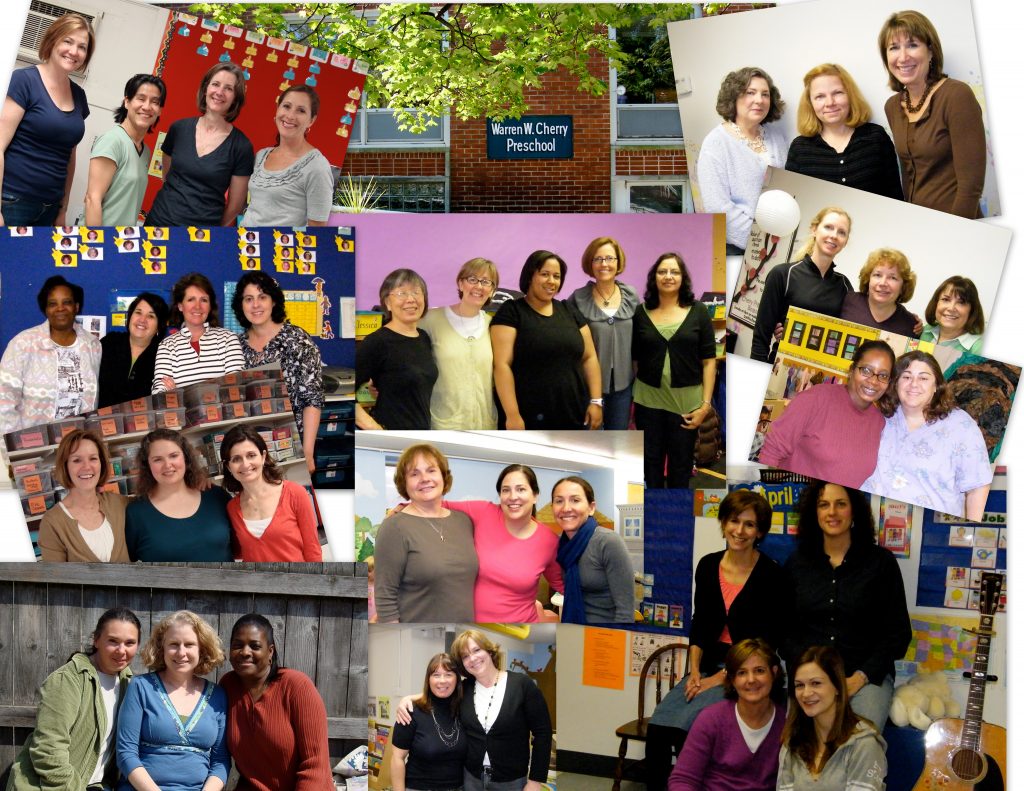 My sisters at Cherry Preschool

As we sang, we put our arms around each other. I will never forget the bond I felt with those women that morning. We had become a sisterhood mourning the death of so many and loss of our nation’s innocence. But we were also a sisterhood of resilience, strength, and purpose. Others joined us – the women who worked next door, the mail carrier, passersby who parked their cars and entered our huge group hug. We sang many songs that day, including We Shall Overcome. Then, we dried our tears and went back to work.

Of course, nothing was ever the same. That school year, our Risk Management Guide was expanded to include plans for terrorist attacks. Despite my wish that it could be otherwise, as I feared the tragedy had touched our young children. A three-year-old, pondering the events of September 11, poignantly wondered who was kicking the back of the pilot’s seat because, “If you do that, you have an accident.” A group of four-year-olds sat at the playdough table building “very strong towers.” Two sisters took the American flags from the window and whispered to and another: “Something bad happened,” said one. Her sister replied, “Some people died.” Through these sad days and weeks to come, the children’s sweet faces and innocent perspectives sustained us all and renewed our belief in the basic goodness of humanity.

Twenty years later, we are living in a bitterly divided country. It’s hard to remember how folks of all races, religions, and political persuasions pulled together and embraced one another, proud to be united as Americans. Today, the fear and despair we felt from being attacked from without has been turned inward by those who embrace the hatred of those who are different rather than embracing and celebrating the diversity that is what truly makes our country great.

As I write this, we are still trying to get justice for victims of hate crimes as well as for the Capitol Police injured on January 6. We are also trying to find out exactly what happened on January 6, eight months later. Still battling Trump’s big lie as well. Still trying to convince our fellow Americans that black lives matter. And COVID has roared back to life in the form of the Delta variant, adding to the almost 650,000 deaths in our country, pitting the vaxxed against un-vaxxed. We can no longer deny the disasters created by climate change as one third of our country has experienced hurricanes, floods, tornados, fires, and extreme heat this year. Women’s right to make decisions about their own bodies is under the greatest threat since before Roe v Wade. Our right to vote is in peril in many parts of the country. Communities battle over masks for school children and vaccine requirements for their teachers. The Senate can’t pass infrastructure, social reforms, or legislation to protect our right to vote because of the filibuster. And then there’s Afghanistan. I’m exhausted and depressed.

Living in an America in which I’m afraid to watch the news, I often wish just for a moment to be hugging my preschool sisters again. Especially on this anniversary of September 11, I hope that the power of love will shine to overcome the darkness that holds our country in its grip today. Those preschoolers who started school on September 11, 2001, may not remember that day, but I hope they will be able to recapture the sense of community, caring, and working for the common good that we felt back then. 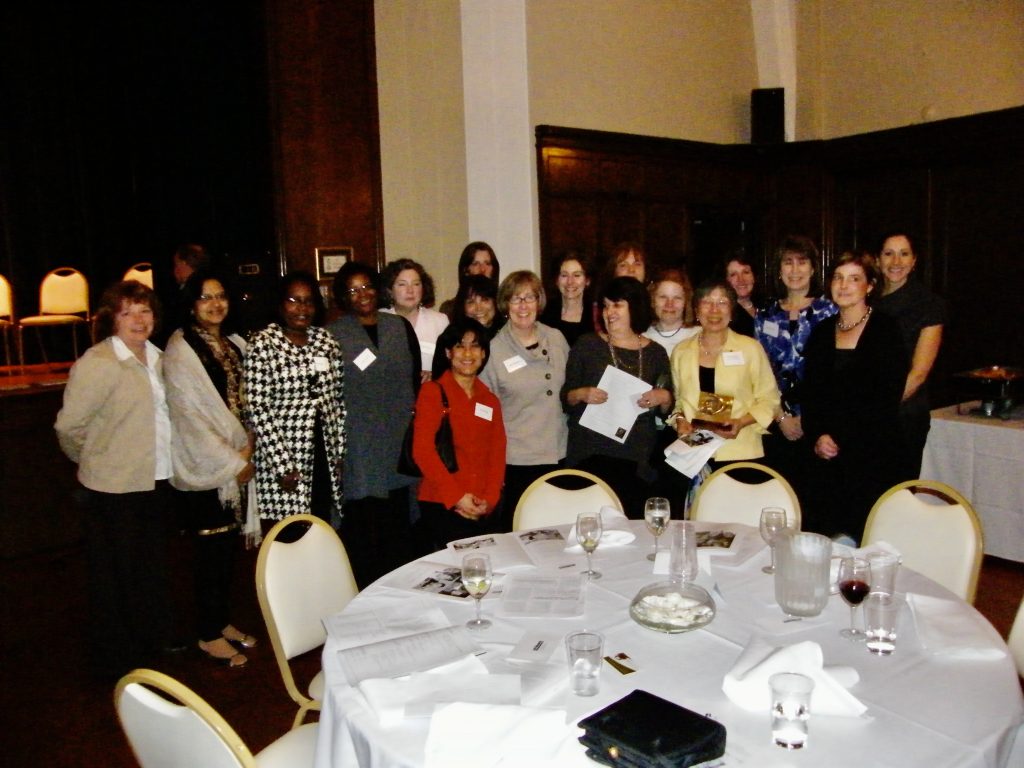 14 Responses to Twenty Years Later: Trying to Recapture the Power of Community and Caring