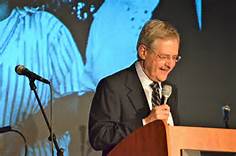 Whether Oscar Wilde or Chrissie Hind in “Message of Love,” said it, I have always found astronomy an escape into imagining the universe beyond our mortal realm.  I was able to get through physics and chemistry because of science teachers who truly loved their subject, but astronomy was the one that caught on for me.

Professor Andrew Franknoi, a Carnegie Professor of the Year, an Annenberg Award winner, and my community college teacher back in the 20th century, still teaches astronomy at Foothill College. He was (and obviously still is), passionate and easily excitable when teaching astronomy. Better yet, because he wanted his students to get excited, he accentuated the stories and the gee-whiz facts, not the complex math, physics and chemistry behind the subject. One thing he did to help us get through the hard science was allow a 3×5 index card “cheat sheet” for tests. I crammed everything I knew onto that thing and did really well on the exams.

Mr. Franknoi excelled in visual and verbal drama for the subject. He was constantly moving and his voice would get loud and soft as the story required. What I began to sense was the complex relationships between the stars and us, these insignificant life forms on a lonely planet. I learned we are all made of the same stuff.

The pleasure I still derive in looking though my fancy backyard telescope at the rings of Saturn, or the Orion Nebula or the Pleiades, or right into the craters of the moon – I never get tired of it. There’s so much at the edge of our vision! I thank Professor Franknoi in Astronomy 101 for that.

3 Responses to We are all of us in the gutter, but some of us are looking at the stars