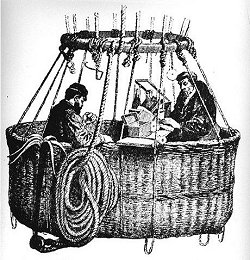 I work in the archives of the interstellar environment Samsara. My job allows me to explore the many time capsules that were loaded aboard Samsara before we departed Earth. The capsules were loaded helter-skelter in the pre-launch rush, but I take great delight in randomly sampling their contents.

Then, the ecstatic carnival of scientific exploration halted. But why?

Other Earthbound speculations placed the beginning of the planet at five thousand yeahs earlier than 2017 while still others set the Earth’s age at 3000. What gave rise to these confusing discrepancies?

In  opposition to these varying calendars, humans did manage to accurately calculate the authentic birth of the universe through exhaustive, multidisciplinary research that took thousands of Earth yeahs to complete.

Early attempts to calculate Earth’s age and the age of the celestial bodies that sparkle in an Earth sky began with long-winded suppositions; humans had no instruments available to measure time or space. They had only their own fertile imaginations and the spinning sky above them.

This question of Earth’s origin gave rise to many elaborate but inaccurate speculations — I’ll call them “superstitions” — that seemed to collide with scientific theory. Many tribes or groups of humans imagined that the Earth and its galactic surroundings were created by a single omnipotent male. Others imagined that the Earth has existed forever, perched on static environments such as the backs of sea turtles. One unique interpretation reaches beyond Earth, defining all experience as a dream that emanates from the forehead of yet another omnipotent male.

Slowly, the development of scientific explorations began to gain ground over these colorful superstitions. I believe they may have kept humans sane as they stared every night into an unfathomable abyss.

Clearly, our birthplace began long before the Earth completed 2017 rotations of the sun. However, humans seemed to need finite, palatable explanations for the mystery of life. This need also led to a reliance on another early human dogma — religion. This may be understandable because their scientific discovery had only just begun. Why religion continued after being refuted by science seems unimaginable, but religion persevered nonetheless.

Scientific method thrived as technology produced an ascendance over superstition. Humans became more confident about the outcomes of scientific research and they extended the parameters of physics, biology, geology, anthropology, cosmology and quantum exploration.

The documents I have discovered radiate excitement, intelligence, and exhaustive work supported by  research projects and scientific organizations. Measurable knowledge of the world around and within humans proved to shower great benefits upon Earth’s living things and, indeed, upon the planet itself.

All was not perfect. As quickly new scientific realms were discovered, some groups distorted ethical scientific development to erode the planet’s well-being with warfare and a lust for Earth’s treasures. However, urgent scientific research, a growing multi-species awareness and planet-wide action persevered to repair much of the damage done to the Earth and its inhabitants thanks to this interwoven net of scientific endeavor and belief in the precepts of science.

Then, abruptly and for no apparent reason, scientific research halted and the data supporting the millennia of scientific progress began to disappear. There is no reasonable explanation for this widespread phenomenon but it’s notable for the speed and violence of sciences’ disappearance.

The disappearance impacted embryonic scientific endeavors such as stem-cell research, a precursor to our now-established ability to create life scientifically and ethically. It halted deep-space searches for oxygen on asteroids and planets, a discovery that we now embrace as vital to our interstellar existence. It curbed scientists who were mapping out and applying discoveries in virtual reality as a cure for paralysis.

Projects dissolved that had, for may Earth yeahs the powers of cyber data and high-speed measurement to the exploration of what we still call the Boson particle, the glue of all existence. Then, the ecstatic, worldwide carnival of science and application halted. But why?

Perhaps the most violent effects of the sudden disappearance of scientific study and its application impacted the Earth’s own well-being. In a brief period of Earth history, no more than 200 to 300 yeahs, humans discovered a primordial ooze.

At the time, little was known about the ooze’s properties, but uses for the viscous material expanded exponentially from simple lubrication of moving parts to the primary source for energy that ran the planet Earth and a basic fabrication substance called plastic.

Strangely, this ooze turned out to be the residue of the carboniferous life cycle that harvested and sustained life on Earth, the precursor of our life here on Samsara. When burned, the ooze, called ‘oil,’ created a byproduct that, coming from the decomposed bodies of died-back life, carried with it the putrefaction of death. Certain non-scientific tribes discovered a baleful contradiction: while water creates life, death creates oil.

Paradoxically, large groups of Earth humans were willing to deny or ignore the death vector that oil generated for two reasons:

First, humans became exhilarated by the power released from the ooze — as a macabre extension of science and technology, the ooze fostered a rapid increase in the speed and velocity of travel, an exhaustive over-illumination of civilization’s previously isolated outposts, and the development of toxic materials that could be created from sophisticated manipulations of the ooze.

Second, the death vector may have been ignored because of Earth’s flawed system of exchange. The surplus from this wobbling exchange was called “profit.” Humans described this imbalance between goods and services produced and goods and services consumed as “capitalism.”

During the same period that gave birth to the Earth’s science, humans began to exchange goods and services through this out-of-control system, capitalism. Rather than developing an antidote for this wavering, lopsided exchange, humans learned to exploit the imbalance for individual or small-group power and influence.

I suggest that, despite the benefits and beauty of the scientific system, the capitalist system wielded primitive but overwhelming power over the Earth’s domains including science.

I posit that science had recognized the dark power of the ooze and other technologies and had begun to warn of the fatal impact of the ooze that Earth had courageously isolated for billions of yeahs.

The capitalist system, with its surfeit of power, realized correctly that science challenged the profit system, with its precarious exchange of goods, labor, and consumption. Capitalism, having been given the same rights as individuals, began to assume animal qualities and primitive behaviors, as does any struggling form of life.

With the desperation of an organism fighting for its life, the imbalanced system turned on science. What had once helped foster capitalism became its enemy. Capitalism seems to have pounced, starving and gagging the voice of science.

At this juncture, I can only offer the wildest speculations about the cause and longevity of science’s disappearance from this Earth. Hopefully further data awaits my perusal. For the sake of history and our own survival we need to know what brought about the death of science and how it survived to give birth to us, the inhabitants of Samsara.

6 Responses to Science: a future retrospective