Were We Destined to be Glassholes? by Risa Nye
50
(84 Stories) 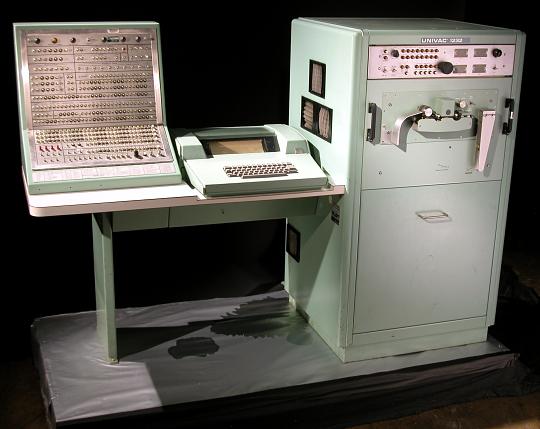 (From a blog post I wrote on August 6, 2013, when Google Glass was on the verge of becoming a thing*)

I felt inspired to write something about an exhibit I saw at the very wonderful Oakland Museum of California recently. In a little, low tech mock-up garage within the California History gallery, I discovered an homage to the innovators of Silicon Valley: photos of the HP garage, the Steve Jobs garage, the first big tech campus in Menlo Park– and shelves stacked with  plastic milk crates full of  motherboards, cables, and other paraphernalia  from the early days of computer technology. There were even some of the early personal computers on display.  Don’t they already look like dinosaurs? Those boxy plastic things with their tiny screens and green font? So much has changed in such a short period of time.

Along with the bits and pieces of computers, museum-goers had an opportunity to contribute to the exhibit. This sign caught my eye:

Visitors were invited to add comments using state-of-the-art low-tech materials: pencils and paper. The handwritten comments  were then clipped onto a cable strung between the boards on the “garage” wall.
Some of the comments are heartbreaking (repetitive stress leading to job loss, elimination of jobs, less human interaction), and some are humorous (not getting to practice one’s penmanship). Incidentally,  how is your handwriting these days? Mine used to be very good, and now. . .well, it’s gotten pretty sloppy. Cursive? Another dinosaur.

To illustrate how Twitter and Facebook have infiltrated our patterns of communication, I whipped out my phone and took this picture:

Got questions?What do you want to know?

It’s true: the bar bet is dead. Arguments over the name of  “that guy who was in that thing” you saw ten or fifteen years ago are also a relic of the past. A couple of clicks replace hours of brain-racking. Imagine  how much mental energy we save by not having to think and remember. Thanks, Google.

Right after I saw this exhibit, I read the article by novelist Gary Shteyngart in the August 5, 2013 issue of The New Yorker. He wrote “O.K., Glass: Confessions of a Google Glass Explorer” after having won a Twitter contest run by Google in search of “the first batch of Glass Explorers.” He quickly becomes a head-jerking, temple-tapping rock star in the eyes of people who figure out that the pair of odd-looking glasses he has on are Google Glass.  The caption under the photograph of Shteyngart wearing them: “I hear that in San Francisco the term ‘Glassholes’ is already current, but in New York I am a conquering hero.”

No stranger to the technological capabilities of his iPhone, Shteyngart describes how his phone had become a “frightening appendage to a life of already sizable anxiety. . .a sadistic life coach constantly reminding me that, whatever I was doing, there were more fascinating things to be done.” He had transformed into “an occasional rather than a voracious reader, a curator of my life rather than a participant, a man who could walk through a stunning national park while looking up stunning national parks.”

It didn’t take long for him to warm up to the Glass, though. The urge to “tap and slide at one’s touch pad and make circular motions with one’s head can be overwhelming.”  Take a picture, find the closest Thai restaurant, send a video: all the stuff you do with a smartphone and more. So much more.  Camera, microphone, touch pad, projector screen–all right there in your glasses. Imagine.

Some time after visiting  this exhibit, I walked through the Union Square area in San Francisco. Tourists gather around the square, the cable car turnaround, and the large department stores, mostly shivering in their seasonally inappropriate clothing. Several times, I found myself behind a slow-moving flock of young men or women, walking three to four abreast on the sidewalk, eyes down, thumbs flying, oblivious to the flow of pedestrians jammed up behind them: a common sight everywhere we go these days. Classic cellphomaniac behavior.  In the same issue of the magazine as the Google Glass article, there’s a cartoon showing people crossing a downtown street, tapping long white canes in front of themselves, while they stare down at their phones.

Is this, finally, what opposable thumbs have wrought?

Don’t get me wrong. I love my iPhone, even though I was a late adopter. I check it.  Often. Sometimes compulsively. But do I now have to fear becoming a Glasshole? Is this my destiny?

Will this newest gadget prove to be irresistible as we retreat further into our heads–when our link to everything is actually ON our heads? Speaking to us?

I’m not ready for that.
2021 Update:
Apparently, most people weren’t ready either. From a January 25, 2019 article in the Intelligencer section of New York magazine, entitled “The Last Glassholes,” written by Madison Malone Kircher:

Anyway, as one Redditor points out, using Google Glass requires a Google+ account. Google shuttered Google+ in October 2018 after a security flaw exposed the data of half a million people.”

So it goes. Glassholes, we hardly knew ye. 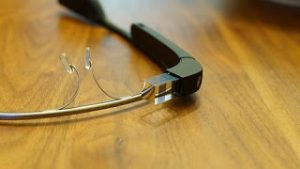 *Life before plug and play: UNIVAC 1232 (photo courtesy of the Smithsonian National Air and Space Museum)

11 Responses to Were We Destined to be Glassholes?