What My Father’s Belt Told Me by steve (2 Stories)

Prompted By What My Father Told Me
8 comments. When I was about 10 years old a friend, Dougie, the neighborhood troublemaker, dared me to smoke a cigarette. My parents smoked, and I remember I would sometimes ride my bike to the corner store to pick up a pack of cigarettes for my father. But I knew that smoking was only for grown ups.

When I was about 10 years old a friend, Dougie, the neighborhood troublemaker, dared me to smoke a cigarette.

Dougie and I snuck off to our secret hideout in the woods behind my house and shared a cigarette he had snitched from his mother’s purse. We took turns puffing and imitating the cool way the cool people on TV smoked. I got a little light-headed buzz, which was a new feeling.

When I arrived home for supper my mother took one sniff and cornered me: “Have you been smoking?” I was so surprised that she could smell the cigarette smoke, I confessed. “What ’til your father gets home. Go to your room!”

My father got home, came straight to my room, took off his belt, made me lean over the bed, and gave me a spanking that really hurt. He told me: “Smoking is an awful habit. I never want to catch you smoking a cigarette again.”

Physical punishment was rare in our family, and this was the only time my father had ever used a belt. My fanny was sore the whole next day. But I forgot the pain after a couple days. What I never forgot was that my father had chosen the ultimate punishment to deliver his warning. I got the message. I never smoked a cigarette again. Even in college. 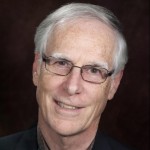 8 Responses to What My Father’s Belt Told Me