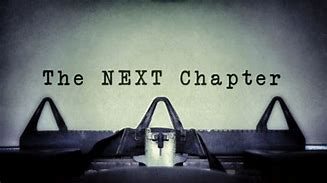 One summer, my parents sent me and my sister to California. None of us suspected that they had set a new beginning in motion. I was a child of ten and my baby brother was busy being born in Massachusetts, so off we went to the wild west, to hang with my mother’s and father’s sisters and one set of grandparents thrown in for good measure.

That year, summer vacation released us into the unknown.

Until then, our California family lived in a never-never land, far, far away. My parents, both California natives, had met in New York. I grew up in Boston and the rural suburbs of New England. Our life centered around school, the nearby lakes, farms, and forests, and the venerable Unitarian church in our colonial-era town where my father taught astronomy in Sunday school.

Outside adventures included trips to my old man’s work at Boston University, errands run on the MTA, regular jaunts to rehearsal nights at the Boston Symphony. The local library smelled of the Civil War and resounded with the steady brass tick of a grandfather clock.

My sister and I had a vague sense of our California relations from the letters and exotic Christmas boxes filled with sandalwood treasure chests, incense, and wooden puzzles from Chinatown. Occasionally, a Polaroid of our tow-headed, sun-bleached cousins would surface. 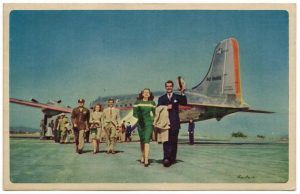 That year, summer vacation released us into the unknown. My sister and I were shepherded onto an American Airlines DC-7 and flown with people dressed in suits and skirts and hats across the country. The stewardesses (that’s what they were called) were very pretty and paid close attention to my sister and me. I was given picture postcards of our shining airliner and silver wings to pin on my shirt. Later — I have no sense of the length of the flight — we disembarked onto the tarmac of Los Angeles International Airport where my uncle Emil served as an air traffic controller.

Uncle Emil drove us miles and miles to his home where we met my aunt Laura and their four kids — Norman (my hero), Steve, ‘Hurricane’ Carol, and Tom. They all lived in Torrance, then a promising community catering largely to the rapidly expanding aerotech industry, a sunny California Levittown bristling with homes that I would later recognize on Ozzie and Harriet. My oldest cousin, Norman, was 19 and already shipping out on Standard Oil tankers as an engine room oiler. Steve, his younger brother looked and acted out the fiction of Rebel Without a Cause and refused to hang out with us. Carol and my sister bonded immediately and I hung with young Tom.

We visited Knott’s Berry Farm and the zoo. There was no Disneyland yet. We drove to the beach. My uncle Emil wore short sleeves and had tanned, hairy arms. Back home in Boston, my old man always wore long-sleeved shirts that he usually rolled up above his elbows, but his arms were fish-belly, New England white. Sightseeing with aunt Laura and uncle Emil involved driving long distances on new concrete highways called “freeways.” The sky blared blue, the ocean flashed, the sand sparkled white, and the lawns around the new houses grew thick and green. 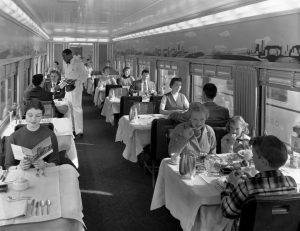 When it was time to visit our other cousins, we were boosted onto the train to San Francisco, clicking out of Union Station in Los Angeles. The Union Pacific streamliner shone silver like the Lockheed Constellation we had flown in, and we ate in the dining car, resplendent with white tablecloths and black waiters.

San Francisco felt very different from Los Angeles. Our grandparents drove us beneath the hypnotic, concave arc of the suspension cables and the orange towers of the Golden Gate bridge. We landed in Marin County when brown hills were still largely free of structures. My grandparents were building a beautiful house on a shallow inlet called Richardson’s Bay. The water glittered everywhere, defining the shoreline, hills, and roads. The great bridges rose orange and silver across the water, summer fog billowing through the breaks in the San Francisco skyline, the Marin hills rolling toward the sleeping lady of Mt Tamalpais. Yacht spinnakers billowed on the sunlit blue and a beachhead of houseboats huddled along the cannery row of the Sausalito waterfront. 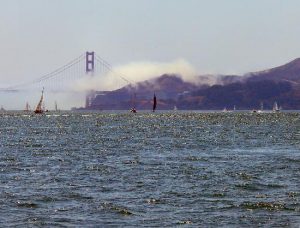 We stayed in a rough-hewn cabin next to our grandparents half-built architectural experiment. Before now, the only feeling I had for the great west came from my much-read copy of The Real Book of Cowboys, brim full of rough-and-tumble wranglers. Nodding off in my grandparents’ shed, I felt like a real gold miner. We ate breakfast in the sunshine on a terrace that looked out over the bay. Seaplanes practiced take-offs and landings below us, the fog came and went with dramatic regularity under the Golden Gate, masking the far-off Bay Bridge. Every 15 minutes or so, a car or truck would make its way along the narrow, two-lane road to Tiburon.

We took ferry boats across the bay to Richmond and Oakland. There was no Richmond – San Rafael bridge, only massive, newly poured concrete pillars rising out of the bay waters. Aunt Louise and Uncle Veil lived in a Japanese-style house that sat solidly on the bluffs just above the waterline. Angel Island squatted directly in front of us, so close we could touch the shore. The afternoon summer fog now flowed directly from the Gate to our windows and great fingers of fog crept over Diamond Heights and the San Francisco skyline. 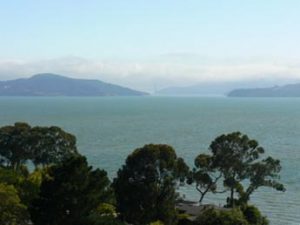 The world had become magical. The brown summer hills of California baked and white fog billowed across the blue bay. The air smelled of sea salt, tidal flats, bay leaves, and eucalyptus. Fog horns lulled us to sleep and mornings greeted us with sunshine and breakfast on my aunt’s tiled terraces.

My cousins seemed to do whatever they wanted in the open days of summer vacation. Bay waves broke at the foot of our bedroom, spraying water on the windows. We swam in the Richmond Natatorium, an aqua-colored pool with diving boards. I had only swum in New England ponds and the frigid Atlantic. In San Francisco we visited a Japanese tea garden and ate tacos, enchiladas, burritos. People spoke Spanish and Chinese. Every sense drowned in the exotic milieu. Gardenias bloomed, their perfume billowing across the lanes of Point Richmond. And across the bay, the Golden Gate bridge framed the mysterious, beckoning line of the Pacific horizon.

e August, we returned to Massachusetts, to a different home and a new baby brother. Autumn crowned the New England orchards, my sister and I enrolled in a strange new school, and life shifted into another gear. California became a distant memory. I began to notice girls, Elvis sang “Blue Suede Shoes” on Ed Sullivan, and I learned how to play the drums.

But the seeds had been planted. Nearly a decade later, after my first year of college, I lit out for California, the brown hills of the bay, the soaring granite of the Sierras. I reunited with my cousins. Our bodies strong, our voices octaves lower, hormones running rampant, art and politics filling our heads, my cousins and I made near-nightly pilgrimages to the nascent rebellions germinating in Berkeley, North Beach, and the Embarcadero where we inhaled the sights, sounds, times, and tempos of that new beginning.