A Farewell to Paradise by Susan Bennet
10
(22 Stories) 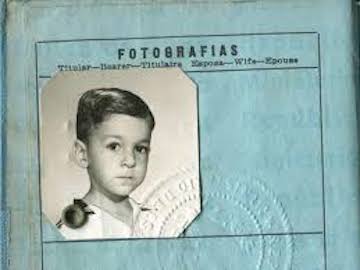 This is not my story. It is the story of my friend and longtime neighbor, “L”. Last year L approached me to ask for my help in documenting her story of escape and struggle. A refugee’s story.

In 1959, at age nine, L and her parents fled Castro’s Cuba. It is a story I never knew and, to my shame, had never sought to know. Until now.

In the first few years of Castro’s regime the government was happy to let the professional classes leave. Families that sensed the danger, that were prepared to relinquish the only lives they had known for an uncertain future, would first be visited by a government official. Said official would make a detailed inventory of all their household goods. If on the day of a family’s departure even the smallest item were to be found missing, their visas would be revoked. (Indeed, in some cases one’s colleagues, neighbors and/or employees would prove to have been informants.) Their homes, their businesses, their money now belonged to the Cuban government.

But earliest on, leaving demanded total secrecy. And so L.’s parents made their plan. They would fly out of Havana on the premise that L’s father was going to a conference in the U.S. Their little girl would not be told, for fear she might unknowingly reveal these details to classmates.

To support their story they carried just two suitcases onto the plane. The only things L’s mother took with her were family pictures and a plaster statue of Our Lady of Guadalupe. These most valued possessions would stand in a place of honor in their home the rest of her days.

Within 24 hours of their departure the government had sealed off their house.

Once in the U.S., Cuban men and women like L’s parents, who had known a life of security and belonging, now scrambled to secure humble, hard work to survive in a new culture. Their English was minimal. L.’s father, who had been a dentist in Cuba, was told by the ADA he would not be allowed to practice in America. He would have to earn his degree, again. He was in his mid-forties, with nothing. It was impossible.

What came next is just too much to recount here. As L describes it, their early life in America was cold, lonely, harsh. For her as a child it was an abrupt and distressing adjustment. And yet when my family came to know them, they were welcoming, warm and joyful despite their straitened circumstances. Through the years I would hear the sounds of L’s father playing the plaintive Cuban music he composed for piano. I saw him painting, outside, remembered scenes of Cuban people and places. When members of the local Cuban diaspora gathered at their house I would hear the rat-a-tat-tat of Spanish, a tongue I did not understand.

Often L’s family and their friends would bring out an album full of old photos of their relatives still in Cuba and of their former town and activities. I think that at first they thought they might be able to return. Over the decades their hope dimmed. They were Americans now.

If you would like to know more about the Cuban refugees, I would recommend the memoir of Carlos Eire, Waiting for Snow in Havana. Eire is a professor at Yale. He was one of the 14,000 Cuban children aged six to eighteen who were clandestinely airlifted, without their parents, out of Cuba from 1960 to 1962. The story of his life after “Operation Pedro Pan” is heart-wrenching and, ultimately, triumphant.

L tells me now of the life they left behind, the life that should have been hers but was not. The turquoise sea, the brilliant flowers, the exotic fauna, the wafting winds, the warmth of her lost homeland.

In the Catholic tradition, I tell her, perhaps her family’s experience was meant to be. Perhaps it was the occasion of what would be their extraordinary faith and gratitude, so inspirational to others, and of her many contributions to students in her career as a teacher.

But surely I presume. For who among us can imagine this fate for ourselves, the fate of the refugee?

9 Responses to A Farewell to Paradise

All Four Of My Grandparents Were Refugees.
by Kevin Driscoll