A guy asks for a pack of Lucky’s but the guy gives him Camels! by Dale Borman Fink
50
(51 Stories)

Prompted By What I Own That's Older Than I Am
9 comments. 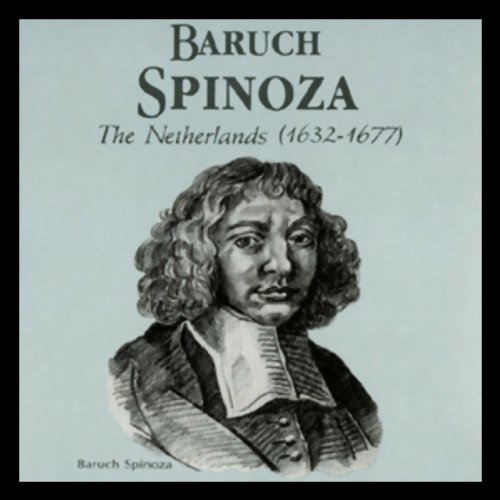 A guy with a very nasal speech pattern orders a scotch-and-soda at the bar. The bartender replies with an equally nasal, “One scotch-and-soda comin’ right up.”  A second gentleman approaches the bar and, speaking with a clear voice void of nasality, asks for a “gin and tonic on the rocks.”  The bartender responds to that customer without any hint of nasality, “One gin-and-tonic-on-the-rocks, comin’ right up.”  The first guy approaches, looking resentful. “Hey,” he says, in his nasal speaking style, “were you makin’ fun of me?”  The bartender answers, reverting to his nasal tones, “No, I was makin’ fun of the other guy.”

“Tell me what you read, and I can tell you what you are.” A man said, “I read Spinoza, Shakespeare, Plato and Kant.”

You ask, what do I own that is older than I am?  I answer: A lot of my Dad’s jokes and stories.

Dad’s brother Bud, after serving in the Navy in the Second World War, settled in Jackson, Mississippi, where he obtained a pharmacist’s license and took over a drug store. 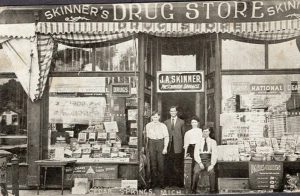 Dad observed that many of the African American customers in the Deep South gave the pharmacist the honorific of “Dr.”  My Dad heard them saying, “How are you, Dr. Fink?”  “Thanks, Dr. Fink; you have yourself a good week,” they would say after receiving their medications.  On one occasion, Uncle Bud told one of his longtime customers, “I’d like you to meet my younger brother, Irv. He’s all the way down here from Indiana.”  “Oh, is he a doctor like you?”  “No, sir, he’s a lawyer.”  After purchasing a few items and picking up a prescription, the customer departed the shop, “It was nice to see you, Dr. Fink,” he said, as he headed for the exit. Turning to my Dad, he added, “And it was a pleasure making your acquaintance, Judge.”

“A guy goes into a store and asks for a pack of Lucky’s, but the store clerk gives him Camels!”  Followed by uproarious laughter by the person telling this joke.  The uproarious laughter was the joke—on the listener. My Dad and his buddy and roommate Hugh Reilly told this joke—I think they made it up–when they were undergraduates at Northwestern University starting in 1937, and Dad kept repeating it all his life. I think he and Hugh used to spring it on people to see if they could get them to go along with it—act like they got the (nonexistent) joke and respond as though it were funny.  Which would allow the two buddies to secretly gloat.

There’s a circus in town, and they need someone to work in the cage with the tiger. The pay is decent, and a whole line of people, nearly all guys, shows up to put in their applications. Just before this one guy’s turn, a tall shapely blonde woman is called forward for her interview. She goes right into the cage with the tiger, proceeds to disrobe down to her pink underwear. The tiger is mesmerized. She soon has him kneeling at her feet as she sits on one of those tall round bar stools.

As he lies there, seeming harmless, the tiger begins licking around her private parts.  After a few minutes, the job applicant calmly dresses and prepares to leave the cage. The circus manager turns to the next guy in line, and asks, “Hey, buddy, could you do something like that?” “You get that tiger out of there and I sure could!”

Homer Stein was a six-foot four-inch over-the-road truck driver who wore what my Dad called jodhpurs—but I think we would just call them blue-jeans–and high top boots. Dad had heard stories about Homer, but never had a chance to confirm the rumors until the day that Homer had his rig parked in the alley back of Roth’s store, which was just one or two shops away from Fink’s Fashion shop. Homer and three other guys were pitching horseshoes in the alley, and a group of about eight other men were watching as Dad, who was ten years old at the time, entered the alley. Homer said something about having to take a leak and he walked behind his tractor-trailer. Because of what young Irv had heard around town, he decided to peek. He observed what he later described as an enormous salami dangling between Homer’s legs. He then understood the reality behind the rumors.

It wasn’t just the boys or men of the town who prided themselves on having a man with Homer Stein’s assets as an important town legacy. Dad remembered a woman bringing her six-month-old baby boy into Fink’s Fashion Shop. My grandma commented on how cute the baby was. The mother proudly replied, ““And I think he has the makings of another Homer Stein.”

Aunt Esther was one of my great-aunts who died when I was very young; she was my grandma’s older sister and was remembered for her keen sense of humor. Dad loved to repeat this story she told him: There was a philosopher who said, “Tell me what you read, and I can tell you what you are.” A man said, “I read Spinoza, Shakespeare, Plato and Kant.” The philosopher leaned forward and said, “I’ll tell you what you are—a liar.”

Aunt Esther never married. She lived for a number of years in the same town as Dad and his family (Newton Falls, Ohio) with another of their brothers, Uncle Max.  She and Max had a falling out over something the kids never learned about, and Esther moved into a friend’s house where she rented a room. She and Max did not speak to one another for over seven years.

Dad’s first-cousin Myron Shwartz decided something had to be done. He called on Aunt Esther, trying to be a peacemaker. “It’s a shame that you and Uncle Max don’t talk to each other. After all, he’s your oldest brother. How about my setting up a meeting between the two of you?”

“I don’t want anything to do with Max,” she replied.

“If he died, wouldn’t you even go to his funeral?”

Esther looked Myron in the eye, “I’d be glad to go to his funeral.”

These are some of the gifts, the antiquities, the relics that have been bequeathed to me. Still well preserved with the passing of the generations.

9 Responses to A guy asks for a pack of Lucky’s but the guy gives him Camels!