The Two Sisters of Antofagasta by Charles Degelman
100
(147 Stories) 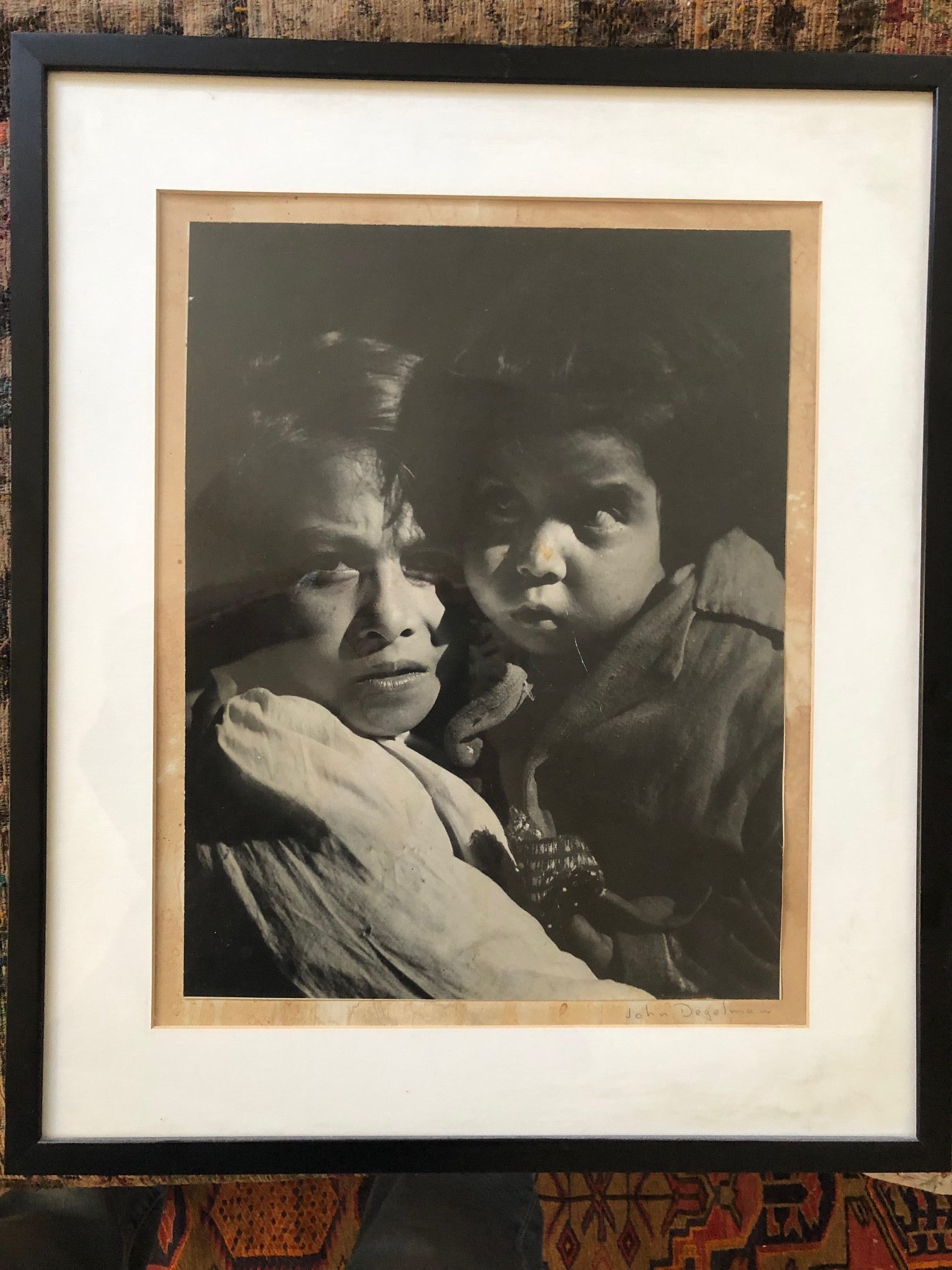 Antofagasta is a northern port city in Chile. It’s a small city, Chile’s fifth largest and is perched on a narrow terrace between the Pacific Ocean and the barren coastal range that dominates the eastern horizon. Antofagasta’s only reason for being has to do with the silver and other minerals unearthed in its bleak mountain backdrop.

Antofagasta is a northern port city in Chile.

Today, the city boasts high-rise apartments and hotels, but the moment captured in one of my oldest possessions comes from a time when poverty beset its indigenous population, and industry ravaged the landscape.

1939. My father, the radio operator on a freighter sailing out of San Pedro, California, was roaming the waterfront with his large, bellowed Speed Grapic while the ship loaded copper ore into its holds.

It was late on a winter afternoon and my father attracted the packs of kids who scavenged along the waterfront. The motley crowd spoke to him as all waterfront life did. He handed a peso to each kid after he took his or her picture. The sun glowed at his back, setting into the Pacific. The air was cold and clear and the light had been good but now, as sunset approached, the temperature had dropped and the shadows lengthened.

My father began to strike his equipment, stowing the camera’s 4”x5” film cartridges and loosening the heavy camera from its wooden tripod.

He looked up to see a solitary child, small, about 11 years old, dressed in heavy, rough-spun canvas holding a smaller child in her arms. Both were bundled against the cold.

My father realized that she had been waiting patiently with her sister to pose for a picture and collect her peso. She gave my father such a desperate, penetrating look that he reset the camera on its tripod, slid home a final cartridge, and snapped the shutter.

He dropped two pesos in the older girl’s hand. She turned and walked into the twilight, carrying the child in silence.

My father never imagined the picture would turn out. When he finally got back to his San Pedro darkroom, the photo you see above floated off the white photo paper in the magic tray of developer. For years, it hung in our home but when that place was no more, the image traveled with me until it found its place, 83 years later, in my home. The heightened shadows, the cold clarity in the two sisters’ eyes remind me of all time, all space, my father, that camera, the emerging images under the red light of a darkroom, and the intricate, unbreakable mycelia that connect us all, everywhere, over all time, dead or alive.

16 Responses to The Two Sisters of Antofagasta