It sits in a small patch of woods nestled between two neighborhoods, easily missed behind tangles of brambles, and curtains of ferns; surrounded by elm saplings, and amid towering old pines, and ancient black cherry trees.

It is cause for pause -- a small foundation, begun but not completed, abandoned, sitting, sinking, slowly being reclaimed by the woods in which it was conceived.

But if you are paying attention, if you walk or wander with focus, you will notice a stone block or two blanketed in velvety, emerald moss. An old, faded gas can in the leaves.

Your eye will then trip along their edges to a corner — a deliberate, purposeful corner — which in turn reveals the shallow pit they surround.

It is cause for pause — a small foundation, begun but not completed, abandoned, sitting, sinking, slowly being reclaimed by the woods in which it was conceived.

At another time, in different light, or mood, it would be the stuff of nightmares and horror movies; remnants of something sinister, an incomplete story now left to twisted and frightened imaginations.

But at this moment, a soft, gentle afternoon, it is but the ruins of something past. Or perhaps, passed. Something unfinished, or ill conceived.

There are no other traces of what it might have become; no wood or siding, no hinges, or tiles, window glass or roofing.  Just a few foundation stones and two concrete stairs — like a tiny quarried sofa —  leading to an ankle-twisting tumble into a depression in the ground. It, too, full of brambles, and ferns, leafy groundcover and rocks. An overturned lawnmower.

It just sits quietly, a once-upon-a-time beginning, a once-hopeful, once-believed- in dream — alone, slowly disappearing in time.  If I close my eyes, I can almost see the ghostly lines of what it was meant to be; small, quaint, private…maybe a hideaway, maybe a secret, maybe a simple, easy start to a lifetime together.

There is a story here. Maybe many.

But when I open my eyes it is as it was — broken. Left. Forgotten.

And I hope there is no sadness here. I hope it truly only looks lonely — these tumbled, moss-covered stones enveloped in ferns.  I hope it is only moss, ferns and a hole in the ground  — even though it doesn’t feel that way.

It doesn’t feel that that is all it is.

There is a story here.

But I have to go. I have to leave and move forward. So I pick some wildflowers, and some phlox and lilies that have been tossed into the woods to become wild again, and I lay them on the sunken remains of the stairs.

If there is loneliness and loss maybe that will bring comfort.

If it is simply a forgotten, abandoned, lost jumble of stones, it is proof someone has been here.

Either way it says it is not completely forgotten. Someone knows.

There is a story.

And I continue on my way. 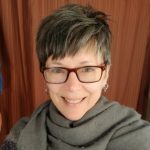 One Response to A Story In Ruins 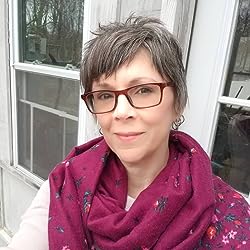