Prompted By Something Wild
26 comments. 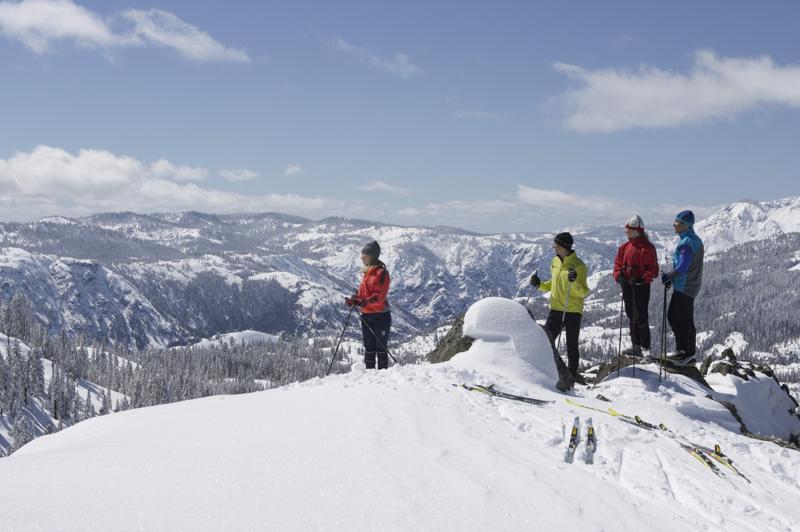 This story was originally written for the prompt "Something Wild."

I have always been a city girl. I am not much of a hiker or camper. Oh I have done my share of both, but neither one is something I would choose if I were picking the activity. Even though I can appreciate the beauty of a wild or dramatic panorama, if I have to hike a long way to get there, and, even worse, hike that same long way to get back, it isn’t worth it to me. I have been known to lie down on a trail and say to my companions “Just leave me here to die. I can’t go a single step farther.” Of course they never do, they coax and cajole until I finally limp my way slowly back to the end of the trail, moaning and complaining the entire time.

But cross-country skiing is another story. Whooshing along through glorious clean white snow is like heaven to me. In the years after law school and before kids — 1978 to 1984 to be precise — I was part of a group of friends who rented a house at Lake Tahoe one weekend a month every winter. We got a really sweet deal on it, because it was owned by the parents of another woman from our law school who was friends with some of my friends. We would always choose a 3-day weekend in January and February. March doesn’t have any holidays, so that would be just a regular weekend. But we made good use of every moment.

Everyone would get a meal assignment, and we would shop before we left home, bringing up bags and bags of food to make fabulous feasts every morning and evening. After breakfast, some people would drive to one of the resorts to go downhill skiing. (I did that for a while, until I realized that my terror was so much greater than my enjoyment that it was simply not worth it.) Those of us who were cross-country skiing didn’t even need a car. We put our skis over our shoulders and walked up to the end of our street, where there was a path leading into a meadow and lots of woods.  One member of our group, Rob, who was a mountaineering type, would always lead the way, forging a trail through the unmarked snow. (For those who are keeping track, Rob would soon marry Janet, who figured prominently in my “So Much In Common” story.) We would ski all day, stopping to eat our sandwiches or trail mix when we got hungry, or just to rest and talk and enjoy the view. It was so beautiful, and so pristine. Occasionally the silence would be shattered by some snowmobilers coming through. We would glare at them until they went away. The rest of the time it was easy to believe that no one else but us had ever been there.

Sometimes sitting on a log, looking around at all that snowy beauty, tree branches heavy with snow and the sun making everything sparkle, I would feel so in tune with the wilderness that I never wanted to go back to civilization. But eventually the sun would go behind the trees, it would start to get colder, we would all get hungry, and we would whoosh our way back home to our cabin, often skiing right up to the door. Then it was time for hot chocolate, with maybe just a little brandy mixed in.

That’s the right amount of wildness for me.

26 Responses to Born to be Wild (in the snow)

Bryce
by Betsy Pfau
Revising the Editor
by January Handl