Prompted By Beatles vs Stones
10 comments. 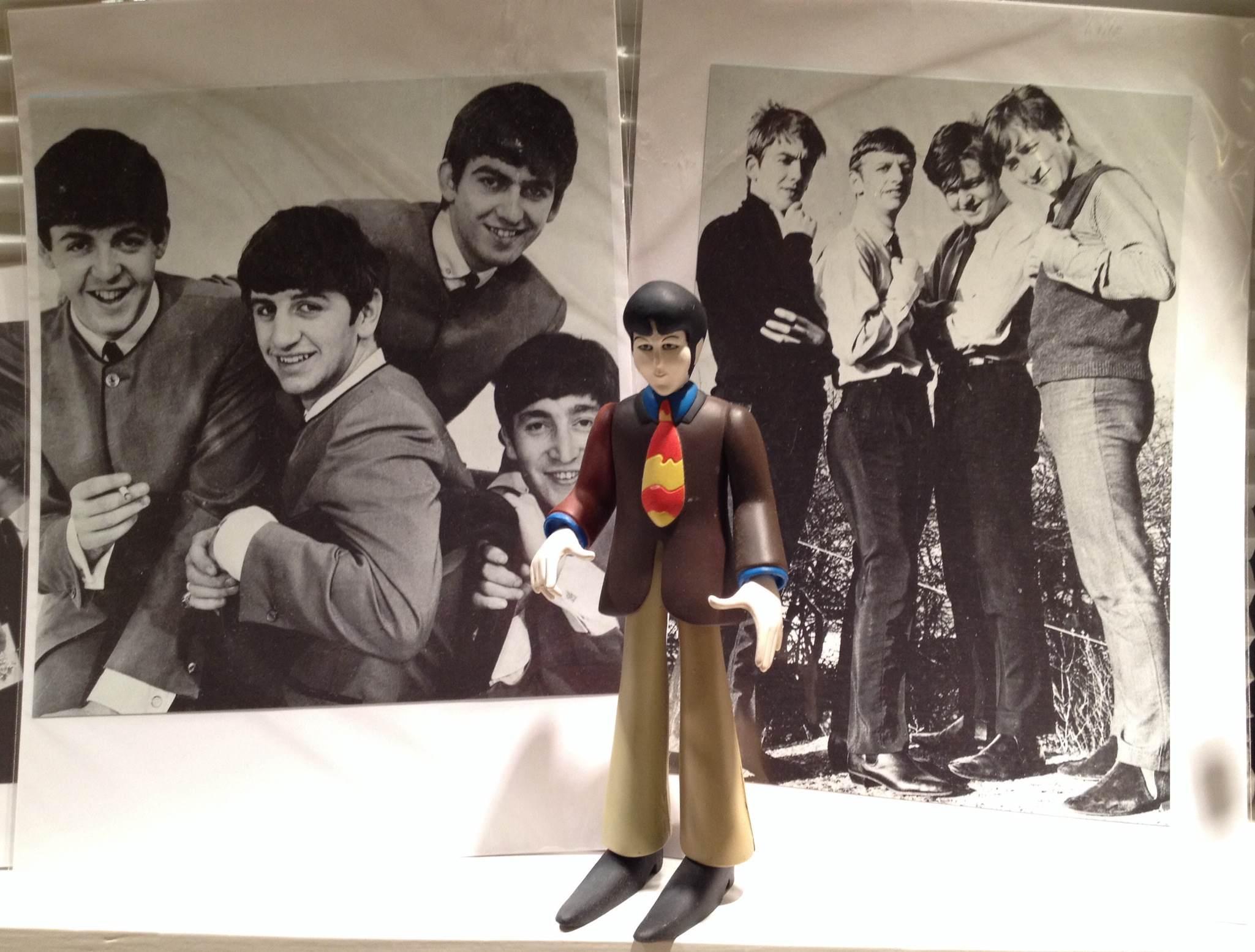 My best friend in elementary school and seventh grade was, by anyone’s definition, a princess. She was the cool blonde girl with attitude and I was her frizzy-haired comic sidekick. Each September she started school with a new fall collection of dresses, none of which came off the sale rack at Macy’s. Her luxuriously appointed pink and white bedroom—larger than her parents’ and her brother’s—with its canopied bed and matching dresser was our after-school hangout. We would not be disturbed unless her mother knocked to inquire whether we girls would like a snack. In fact, everything about her house impressed me, from the exotic Persian cats to the lavender roses her solicitous mother painstakingly cared for. Let me just say that her house was nothing like mine, where I shared a tiny bedroom with my sister. No closed doors, no privacy, no cats, no roses, no snacks.

We were an unlikely pair, but I was happy to bask in the glow of such a bright star in the preteen firmament. Being her friend had its advantages. She introduced me to The Beatles.

She had her own record player in her room—of course—and this is where I first heard   “She Loves You,” and “I Want to Hold Your Hand.” The little turntable in its own suitcase was the perfect size for playing those 45s  kids used to buy with allowance money. We must have listened to her records a million times each, singing along and dancing in our socks on her furry throw rug, giddy with the delicious possibilities of boys, hand-holding, and love.

I was a Paul girl from the first minute. Cute, left-handed Paul captured my girlish heart with the first shake of his shaggy head. John was witty, but Ringo and George didn’t do much for me. Seeing A Hard Day’s Night at the local drive-in confirmed it: Paul was my Beatle.

In eighth grade I  plastered my closet door with bubble gum card  photos of the lads wearing their Beatle boots and matching outfits in various posed scenarios. The pictures were terrible, even to my adoring eyes. Badly shaven, with unretouched blemishes, sometimes out of focus, I cherished their likenesses anyway. I loved them, yeah, yeah, yeah.

We continued to grow, the Beatles and I. As they branched out musically, I branched out too. Finally held hands with someone. And did other stuff too. Their hair got longer, and they sang about subjects other than girls who were seventeen, if you know what I mean. I stayed true through Rubber Soul, Revolver, Sgt. Pepper and the rest, all the way to the end of Abbey Road. Even sat through Magical Mystery Tour. I don’t know how many times I’ve seen Help! and Yellow Submarine. And how many lines of dialog from these movies are stuck in my brain? Too many. Give us back our ball, mister! He’s a clean old man, Paul’s grandfather.  It’s a fiendish thingy! Go to the vindow. . . Blue Meanies! You don’t look bluish. . . Arrrrrgentina! I shouldn’t have started.

I got moony-eyed over the sad, slow ones, like “This Boy,” and pumped up with songs like “Can’t Buy Me Love.” Whatever mood you were in, there was a Beatles song to match it. And today all I need to lift me back to those highs of adolescent exuberance are the first notes of  “Good Day Sunshine,” “A Hard Day’s Night,” or “Got to Get You into My Life.” Nothing plunges me back to the depths of teen melancholy and brooding  like “Things We Said Today,”  “Eleanor Rigby,” or  “For No One.”

The Beatles accompanied me as I made the transformation from junior high awkwardness to high school hippiedom. Their hair got longer, my hair got longer. They got stoned, etc.  My gang of counter culture ne’er-do-well high school friends skipped through the UC Berkeley campus belting out endless refrains of “All You Need is Love, da da da da da!” thereby earning tolerant, patronizing glances from the college kids. We got high with a little help from our friends, OK?

Despite the evolution of their music, the elements of joy were a constant thread, even in the later years when there was friction brewing among the Fab Four. The Beatles break-up began in 1969, the year I graduated from high school. I wished it weren’t so, but it was inevitable that they would go their separate ways, just as it was inevitable that high school would end, and everything would change. That line in “Blackbird” spoke to all of us then: “All your life/You were only waiting for this moment to be free.”

Several years after the Beatles’ breakup—and a painful one of my own— I saw my former boyfriend pushing a cart at the end of a supermarket aisle. There couldn’t have been a worse time or place to run into him. I was a new bride by then, not looking to rekindle our relationship or address our unresolved issues. We barely made eye contact before we each ducked into a different aisle.  A Muzak version of “Norwegian Wood” was playing, adding a sad note of irony to an awkward moment tinged with memories.

These days, seventeen feels like a very long time ago. And “when I’m sixty-four” is behind me. But some things haven’t changed: the Beatles were a steady presence in what was by far the most emotionally volatile time of my life, and for this reason, I will always feel a bond with the boys— as they were, and as I was, in those heady days.

In my life, I loved them more.

10 Responses to And in the End