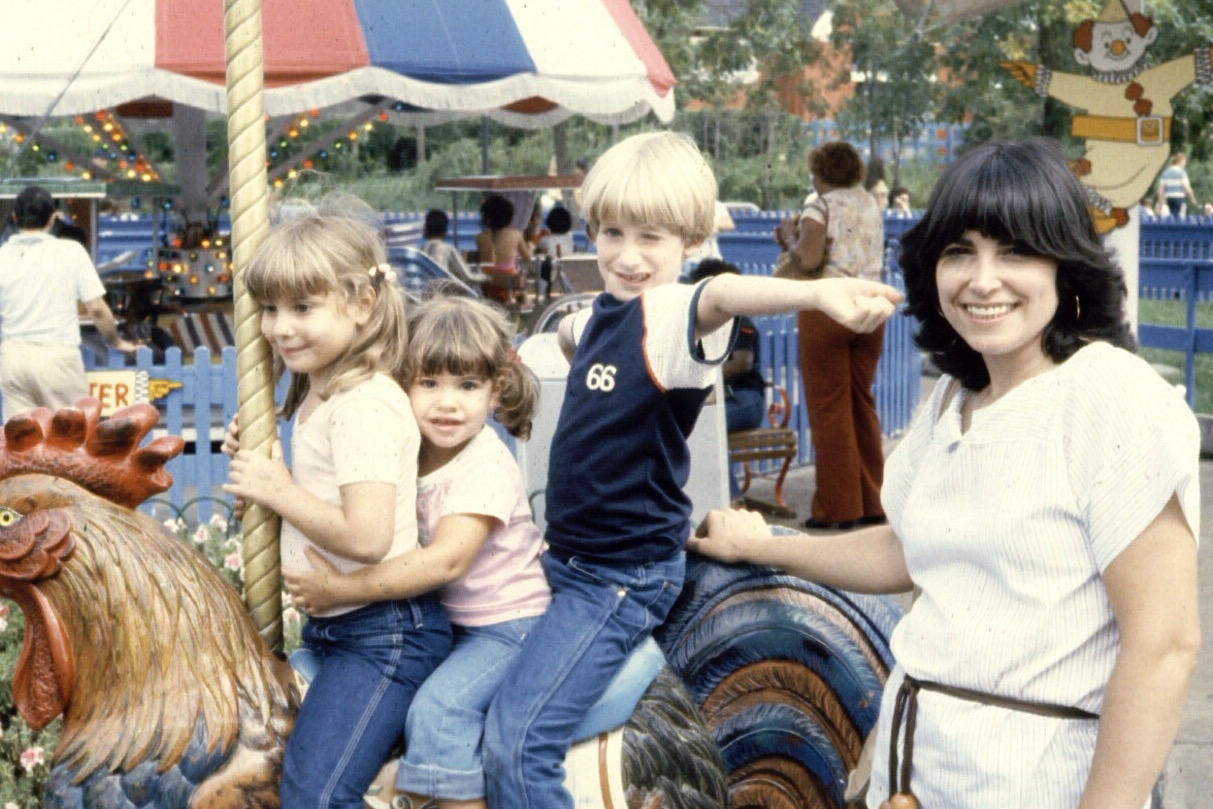 I have always loved babies. Still do. For me, snuggling a newborn or getting that first smile or first belly laugh is close to a perfect moment. So at the ripe old age of 25, I was ready to become pregnant with my first child. How ready was I? Well, I was teaching high school English, my husband was still in medical school so we lived off my annual salary of $6,000, and I had no concerns about having to leave my job and our only source of income in April. My husband would start his residency sometime in June and I had enough sick days accumulated to cover the gap. Only I didn’t because, as I was told by the administration, pregnancy is not a disease. No worries. I cashed in my pension and we had our first baby.

Back in those days, young couples didn’t get dogs first so they could practice their future parenting skills. So my baby son was my proverbial first pancake.

Back in those days, young couples didn’t get dogs first so they could practice their future parenting skills. So my baby son was my proverbial first pancake. I would perfect my pancake-making skills as I made additional batches, but since I couldn’t throw him out as is sometimes recommended for the first pancake, I just added lots of baby love to my child-rearing recipe to make up for my learning curve. Just think. Without Facebook parenting advice and with Dr. Spock’s Baby and Child Care as my only source of information, somehow my infant son and I muddled through together. My mother lived out of town, but somewhere within me I felt her presence and followed my instincts. And I can never underestimate the influence of my dear friend Connie whose son was nine months older, making her an expert in my eyes.

I really loved being a Mom. Not all of the time, but most of the time. Nap times spoiled by falling asleep at the wrong time and toilet training were vexing. I never had the heart to let him cry it out and I firmly believed you could not spoil a baby, so I probably did. When baby sister was born just shy of 30 months later, I wasn’t sure I had enough baby love to go around. My son became untrained and was totally unhelpful. I remember begging him to pick up the phone and just say, ”hello” while I changed his sister’s diaper. After all, he was precocious in so many other ways. He could even read a bit. But he possessed no pragmatic skills and that call went unanswered (as it probably should have anyhow).

Baby number two almost did me in. She didn’t like to sleep and there was no such thing as sleep training in those days. Besides, how do you let a baby cry it out in a small two-bedroom high-rise apartment? She would wake her little brother, her father who “needed to go to work” (and I didn’t?), and all of the neighbors above, below, and next-door. All I could think of to deal with the crying was more baby love. Walk her and rock her to sleep and pray she stayed asleep when I set her in the crib. It was a 50/50 possibility. The one time I asked an expert for some advice about her stormy temperament, I turned to my old school pediatrician. After I described the behavior, he asked me if these were “unreasoning tantrums.” What was that? How could a tantrum be reasonable? So once again I fell back on my instincts, for better or for worse. Sometimes I gave in. If I was too busy or in a bad mood, I made her go to her room. I guess that would be a time out these days. But remember, I had a low threshold for letting my kids cry, so after a few minutes I would try to sooth her. Of course, this generally made her cry more. There’s no point in talking to a kid in the throes of a tantrum. This ended up being another 50/50 situation. When we moved into our own house, a bit more crying was okay. But being a young and inconsistent mother, I also gave in far too often.

You would think I would have been smart enough to call it quits with two kids, and I did try. We got a dog but he was a total fail. Luckily, we were able to rehome him with someone we knew who wanted a guard dog. That should tell you something about his temperament. Enough said. I wasn’t sure I could become pregnant anyhow as an unplanned ectopic pregnancy had left me with only one ovary. Then I had a miscarriage. Now I was on a mission. I was afflicted with a serious case of baby love and worried that, at age 31, I was getting too old for another child. Despite my ambivalence and apprehension about how well I could manage a third child and still keep my sanity, oops, I did it again. Baby number three was thankfully easy until she hit middle school, but that’s another story. That’s the age when my baby love was really put to the test.

So here I was, just like my mother, with three kids and lots of chaos. But crazy me, I started thinking I could have just one more when they were all out of the house for part of the day, the older two in elementary school and the youngest in preschool. I felt a strong urge to cuddle a sweet-smelling little one in my arms. It’s probably a good thing my husband said no. I would have to save my baby love for nieces and nephews and friend’s kids. So I got a dog, and this time the dog stayed.

Originally published in my book, Terribly Strange and Wonderfully Real. I invite you to read my book and join my Facebook community.