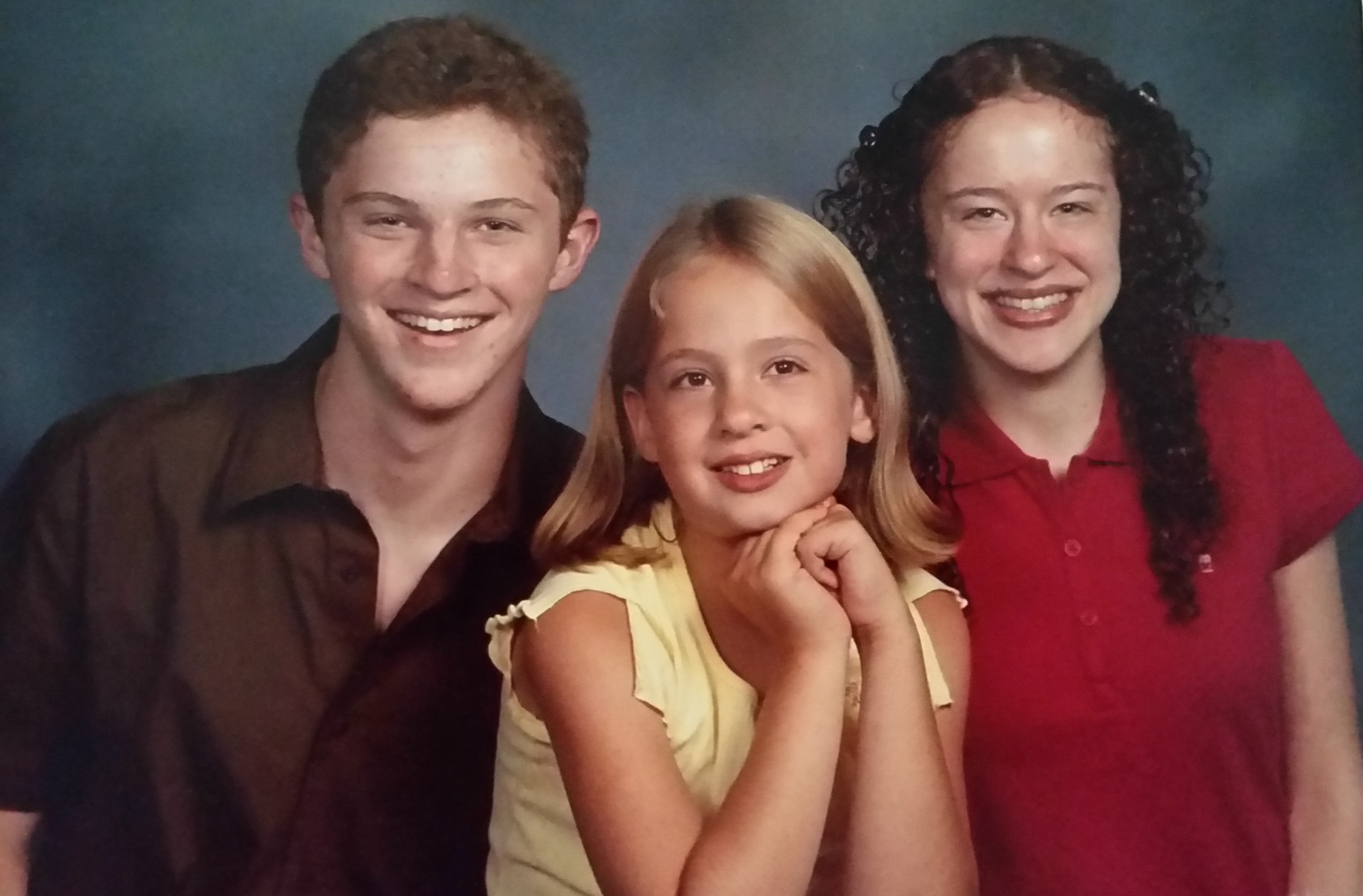 When I was a little girl, I always imagined that when I grew up I would have three children. That’s how many there were in my family, and it seemed like just the right number to me. However, I vowed, they would be close enough in age that they could all hang out and have fun together. That was the one thing wrong with my family. My two sisters were only eighteen months apart, and basically did everything together. I was five and a half years younger than my middle sister, seven years younger than the eldest, always too young to be included in any of their activities.

Ironically, I ended up doing the same thing when I had children.

My first two children were born a little more than three years apart. One girl, one boy, both perfect in my eyes, so it seemed unlikely that I would have any more. Since their age difference was greater than that of my sisters (who were in their cribs together), it took a while for them to become playmates, but by the time Sabrina was five and Ben was two, they were thick as thieves. They loved playing together, and spent endless hours making up games with Sesame Street figurines, or Legos, or that perennial favorite, Teenage Mutant Ninja Turtles. As the children of my first marriage, they bonded even more closely after their father and I split up, and they had to shuttle back and forth between our two houses.

When Ed and I got together after my marriage ended, he opened his heart to my two children, and was a wonderful stepfather to them from the very beginning of our relationship. However, he wanted a child of his own, who would have his genes and call him Daddy. So I agreed to have another child. This turned out to be not so easy at the age of forty. When I didn’t get pregnant within a couple of years, we resorted to fertility treatments. At one point, I was going in to the doctor’s office every day for a shot of some fertility drug. Finally I said “enough.”

What triggered my decision was watching the movie The Graduate, which we had both seen when it came out (we were in high school), and which we thought it would be fun to revisit more than 25 years later. There is a famous scene where Mrs. Robinson says to the new college graduate, “Benjamin, I am twice your age.” I heard that line, realized it meant she was in her early forties, burst into tears and ran out of the room. Ed followed me to find out what I was so upset about. “We’re not Benjamin and Elaine any more, we’re Mr. and Mrs. Robinson. That means we’re too old to have a baby.”

So we canceled the fertility treatments, came to terms with not having a baby together, and went on about our lives. Of course — it is almost a cliche — within a month or two after we stopped trying, I got pregnant. When Molly was born, I was 44 years old. Sabrina was 11, and Ben was just one month shy of 8. The good thing about their being so much older was that there was absolutely no sibling rivalry. They were delighted with her, viewed her as the best toy I could have gotten them. The next year, when I had to take Sabrina to weekly Torah study to prepare for her Bat Mitzvah, Ben was so proud of being left in charge of Baby Molly. But needless to say, the age gap was too great for them ever to hang out with her. And they were both off at college by the time Molly was 10.

So the spacing that I had objected to in my family of origin had been visited on Molly to an even greater degree. I don’t know if she minded not being included in their activities. And sometimes she actually was. There was one memorable Saturday night that Ben was supposed to go to his Physics study group, but had to stay home to babysit for Molly because Ed and I were going out. So after we left, the Physics study group came over to our house. (As we suspected but only confirmed years later, this study group spent a lot more time socializing than they ever did studying Physics. That should have been obvious by the fact that they were meeting on Saturday night.) Since the group wanted Ben to be unencumbered, one of the girls volunteered to read a book to Molly and put her to bed. Molly enjoyed that, but decided she didn’t want to stay in bed, and came back downstairs. They ended up all playing Apples to Apples, and Molly won the game! She was 7 and they were 15 and 16, but it turned out that she was the best at picking winning cards. (For those who are not familiar with the game, here’s a description:  https://boardgamegeek.com/boardgame/74/apples-apples. It wasn’t a question of them “letting” her win, because the winning card in each round is chosen without knowing who submitted it.)

Like me, Molly had the advantage, or disadvantage (depending on one’s perspective), of spending many years as the only child at home. As a result, I did many more things with her than I did with the older kids, including going to concerts. I have seen Taylor Swift (3 times!), Katy Perry, My Chemical Romance, Maroon 5, Fall Out Boy, Neon Trees, and Christina Perri with her. In return, she saw Bonnie Raitt with me. I was the leader of her Girl Scout troop. I was also her lab partner for her online high school chemistry class, which was fun for me because I had never taken chemistry when I was in school.

Molly and Sabrina, although eleven years apart, did get to know each other as peers after Molly reached her teens. Sabrina was a “boomerang kid” twice, coming back home to live with us for long periods between her first and second stints in graduate school, and again between grad school #2 and getting a job. During those boomerang periods, the two girls hung out together quite a bit. They both love to shop, and I do not, so I was happy to send them off to the mall together. They would also find interesting recipes online and cook dinner occasionally. Sometimes people would ask if they were twins, which was pretty amazing when one was 28 and one was 17. Sabrina lives in Spain now, which makes it harder to keep in touch, so in retrospect I value those periods that she was back at home doing things with Molly, even though at the time I was eager for her to leave and get on with her life.

With Molly off at college, I am finally an empty-nester. I have never been without a child around for 31 years of my life, and now I am at a little bit of a loss. Since Molly’s school is near LA, and Ben is living in LA writing comedy, it is tempting to think of moving down there myself, but of course they are better off without me hovering nearby and it wouldn’t make sense to leave Sacramento. 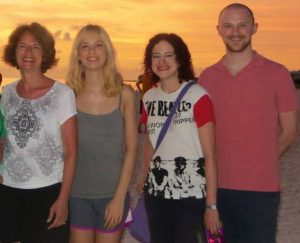 Looking at them now, I’m feeling pretty good about how well they all turned out. And not a single tattoo or piercing (except Molly’s ears) among them. So I guess I did okay bringing them up, although I certainly made plenty of mistakes along the way.

5 Responses to We Are Family