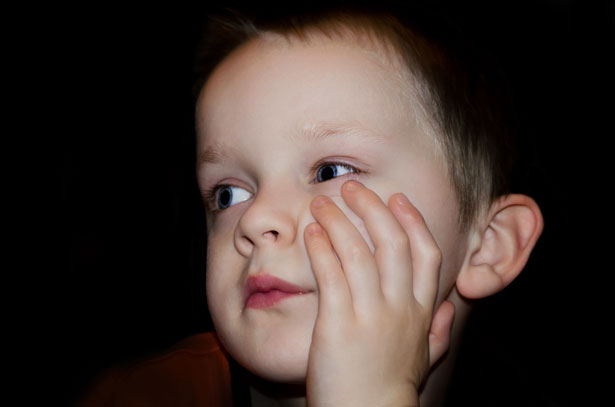 Bet you didn’t know that July is National Anti-Boredom month. I guess it makes sense because the dog days of summer can be hot, lazy, and less structured, especially for kids. But boredom is a state of mind that doesn’t need to exist, especially for children, no matter the season or weather. If adults didn’t suggest to kids that they are bored, I wonder how much more creative children would be.

Boredom is a state of mind that doesn’t need to exist, especially for children.

As the director of an early childhood program, I used to give talks about what to expect in kindergarten. Parents had a myriad of concerns, but one that always bugged me was the worry their child would be bored. Sometimes, the parent thought her child was gifted. Other times, the parent wondered if what his child had learned in preschool would be repeated in kindergarten, making it boring.

I always shared the story I am about to tell now. My first child was probably gifted but I was a young mom and, luckily for him, I didn’t know much about what kids were supposed to do. Yes, he could read when he was two-and-a-half, but he was still wearing diapers and sleeping with his stuffed humpty dumpty. At preschool, he learned to share and play with others. He seemed like the other kids except for the reading, but no one read in preschool so it wasn’t a big deal.

But starting real school, that was a different matter. In kindergarten there was a reading series of 26 paperbacks labeled from A to Z. The teacher expected everyone to start with A and complete all of them. She saw no reason to be flexible for my son and let him choose a library book to read instead. As a former educator, I was pretty sure this was bad practice, but he was my first child in school and I didn’t want to make waves or offend his teacher. I worried he would be bored, but I never shared that with him.

Guess what? He was not bored at all. He turned it into a challenge to himself to see how quickly he could get from A to Z. Books with eight-word vocabularies and no plot were fun because he could finish them in a flash and move one to the next one. This kid was way smarter than I when it came to finding ways to make a much too simple task interesting. He turned the requirement into a game and was allowed to move on to library books when he finished Z.

I was so glad I had not asked him if he was bored. He may not have received much reading instruction from completing the 26 books, but he learned something far more important – how to make lemonade out of lemons. It was a pretty important lesson for him as he worked his way through a one-size-fits-all public school education, at least until he got to high school. There was the occasional teacher who gave him challenging work, but when that didn’t happen he found a way to be creative and make the assignment interesting. If he finished his homework very quickly, he read books at home that expanded his knowledge.

As a child growing up in the fifties, there was no such thing as boredom. My sibs and I were expected to go out and play or find something to do on our own. It helped that we lived in a two-flat with cousins close in age and in a neighborhood filled with kids who had no structured lessons, summer camps, or after-school activities. Even after we moved to the suburbs, kids were pretty much on their own. I could spend a free day riding my bike to the zoo with friends or walking to the library and taking out a pile of books.

I tried never to use the word “bored” with my own children. I suspect my grandchildren are so used to a faster-paced, programmed life that they may experience boredom if the charge runs out on their electronics or phones, or if they have a day with nothing to do. In their defense, every other kid is busy with structured activities, so down time can leave them at a loss. 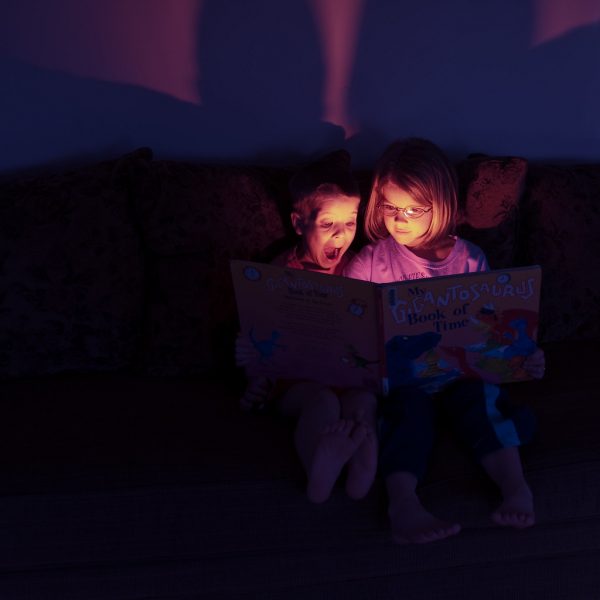 It’s too bad kids no longer have the time simply to find something to do, because when they do, boredom takes a back seat to fun. Last weekend, my Indiana grandkids came to visit. We had hoped to spend time at the beach, but it rained. I have a limited number of toys, and the older ones got up super early to participate in a 10K race. When the little ones woke up at 6:00 am, I worried I wouldn’t have enough to entertain them. But after realizing we couldn’t go to the park at that hour in the rain, they asked if I had flashlights. After two hours of playing “spying,” we read The Lorax in the dark with the flashlights. They actually had a great time, and no one was bored.

9 Responses to Banishing Boredom for Kids