Prompted By Summer of Love
8 comments. 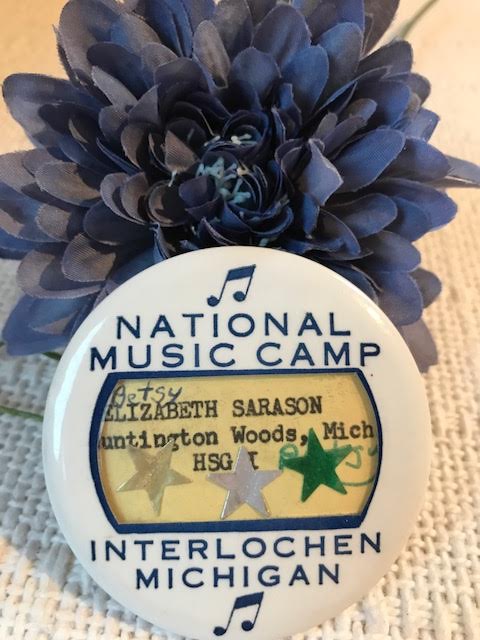 14 years old, out of braces, in contact lenses…I had arrived! The ugly duckling had blossomed. 1967, my first summer in High School Division at the National Music Camp (now the Interlochen Arts Camp) and I thought I was BIG STUFF! I got to wear powder blue knee socks, designating HSG, no longer red socks for Intermediate Girls and with that came all sorts of freedom, including hanging out at Main Camp (with everyone) whenever I had free time.  My best friends were still in Intermediate Girls, one by choice (big fish, small pond – she got leads in Operetta that summer), the other was a grade behind, so she had no choice. One new girl came to camp, I heard a lot about her and she would become one of my closest friends. We are all still friends. 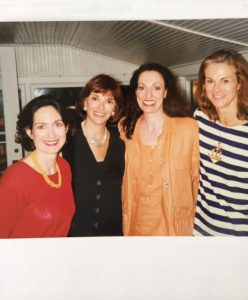 That first day, after getting my uniform, I headed down to the Intermediate Division to say hi. I ran into Dude, our beloved Operetta director (for High School and Intermediate). He had known me since I was 9 years old when my older brother played Nanki-Poo in an Intermediate production of “The Mikado” in 1962. We all wanted Dude’s aprobation and admiration. He looked me over and nodded approvingly. I was on Cloud 9. I knew it would be a good summer.

We had classes on Saturdays, concerts on Sundays. Mondays were our days off (some rehearsing on Monday mornings, but cabin activities in the afternoons and fun co-ed stuff in the evenings). At the end of the first week of camp would always be “Maddy-Gras”, camp’s version of a carnival, named for the founder, Joe Maddy. The big pop song at the beginning of the summer was Scott McKenzie’s “If You’re Going to San Francisco” and the lyrics continued…”be sure to wear some flowers in your hair…summertime will be a love-in there”. I had been growing my hair for about a year, so it could honestly be called long by this point and for the carnival, I pinned crepe paper flowers in the side of my hair. We also could wear “civies”, civilian clothing, instead of our camp uniforms.

I wandered around, checking out all the sights. A handsome cello player admired my flowers. He got the allusion to the popular song and for that one night, we were a couple. His name was Bruce. I had never attracted anyone before. I was so excited that he paid attention to me. We went from booth to booth, looking at the amusing things the counselors had dreamed up for us. He took me to the Melody Freeze and bought me an ice cream cone. This was almost a real date.

There were two paths back into High School Girls Division: Shake Gate and Date Gate. Shake Gate was wide open and you passed through it if you were alone or you just wanted to say good night at the end of your date. Date Gate was more secluded. There were bushes around. You could make-out with a little privacy. I barely knew Bruce, so Date Gate wasn’t an option, but the Summer of Love got off to a lovely start for me.

Though not a Drama major, I was a fixture at the theater, doing costumes and props, hanging backstage. I became known to the teachers, so was accepted as a Drama major the following summer. I also had a great time leading the chorus in “The Mikado”. It was an out-of-body experience when, during the last class, Dude Stephenson and “Uncle” Ken Jewell, the music conductor, announced the winners of the Operetta Awards for the best leads and chorus people. I heard the name “Elizabeth Sarason” called out, but that surely wasn’t me. I was “Betsy”. Yet everyone looked at me. It seemed like minutes passed before I realized that my name had been called and I arose to claim my honor and congratulations from my respected teachers and applause from my peers in front of the audience (we had just performed “Trial by Jury”, not in costume). I felt the love.