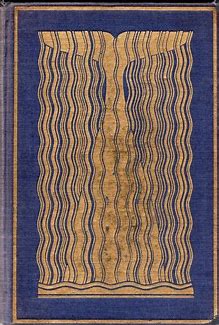 My most memorable beach read didn’t take place under the summer sun. The winter after my father died, I took time away from school, work, and family to seek shelter in a towering old frame house perched on a seaward-facing bluff between Nantucket’s Sankaty Head and Siasconset Beach.

...the house felt huge, empty and swept by onshore winds that buffeted the old frame building.

That fall, I had found myself growing grim about the mouth. I felt a damp, drizzly November in my soul, even though November had passed us by like a river, a violent current of events, glimpsed once and already gone past. No sooner had November thrust its gloom upon us than it was followed by December, and this, too, would soon be swept away.[1]

Since my father’s funeral in July, I had found myself involuntarily thinking about Nantucket, whales, and the Coffins, that grim tribe of Yankee perennials whose surname matched their dispositions and who had once settled this solitary island, the sooner to be at sea, the sooner to kill the whale. I had also found myself deliberately stepping into the street and knocking people’s hats off. I found this practice soon earned me a reputation as a crank even in Harvard Square, even in autumn.[2] 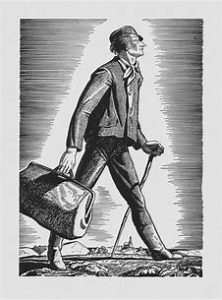 So, I took myself away to this old Nantucket house, bought in the early 1950s by an artist friend of the family’s whose children I had played with from kindergarten. In summer, the house swelled with herds of rampaging children with who chased each other up and down three floors of worn New England stairways, scattering sand, wet towels, and bathing suits from bedroom to bathroom to hallway. I remember most clearly one summer when our family arrived for our yearly visit. The house, perched above the Atlantic, had just borne witness to the sinking of the Italian passenger liner, the Andrea Doria.

The beautiful vessel, the pride of maritime Italy, had sunk off Nantucket after being struck in a heavy night fog by another passenger vessel, the Stockholm, just days before we arrived. Both ships had strayed out of their appointed shipping lanes, intent on shaving time off their voyages. The outbound Stockholm rammed the inbound Andrea Doria, tearing a long and deadly gash in the Italian vessel’s starboard flank. Now, luggage, life rings and rafts, clothing, splintered wood, furniture, even a painting or two from the Andrea Doria’s celebrated art collection washed up on the beaches below the big house. No one forgot that summer on Nantucket, 1956.

Eight years later, when I arrived alone in winter, the house felt huge, empty, and swept by onshore winds that buffeted the old frame building. Our friends closed up the house for the winter, but I was given the key and their blessings. Our families had been close. My mother and the artist’s wife, Roz, talked long hours on the phone. Roz was the town phone operator whose job was to plug local callers into a single switchboard that connected all the town’s phones to one another. Each family had a single, three-digit number that you would tell the operator, in this case, Rozzie. I was probably in the second or third grade before the local exchange was absorbed into the larger Bell system. Then we had to learn how to use a dial phone.

After my father’s death, Rozzie and her artist husband wished to do what they could for our fractured family. They were happy to indulge my outlandish request to stay for a fortnight on Sankaty Head’s windswept bluffs, so warm and golden in summer, so gray and grim in winter. I had brought with me a copy of Moby Dick. I planned to read the book while perched on the same seaward bluffs that had witnessed the comings and goings of thousands of Nantucket whalers like Melville’s fictional Pequod.

My father had been a merchant sailor during the Depression. He was known as Sparks, the radio operator, on every kind of ocean-going vessel from sturdy little Japanese tuna boats to the mammoth passenger ships of the American President Lines. We would sit together on the bluffs above the beach while he filled me with lore and practical knowledge about navigation, charts, maps, tides, wind currents, and how profit had signaled the tragic end of the Andrea Doria.

I was eager to read Moby Dick and hope to commune with my father’s ghost or at least my own recollections of him. I prepared for the two-week séance with warm clothes and groceries stocked from the one store that stayed open for year-around people. I kept a fire burning in the oil-stoked, cast-iron stove that stood in the high-ceilinged living room, rarely lit during the summer’s bustle. Now, the old monster kept me warm while I read. I walked the bluffs and beaches, drank in the night, and kept my eyes, ears, nose and heart open to any trace of my old man. Nothing came. He did not seem to be in the neighborhood, and I couldn’t muster up a shred of what I might, at 20, recognize as mourning. I read with a clear-brained focus, wrote unremarkable entries in a journal, and listened to the Atlantic gusts that racked the old place.

I had wanted to feel. I had come here to recognize my loss, to spend company in the ideas that my father had shared with me about Melville and the sea. I read with little distraction and waited for my heart or  mind to wake me. During the whole, whale-soaked sojourn, I reached no epiphany; I experienced not a single mystic moment.  It was only later, much later, that I began to understand the scope and scale of loss, and how we mortals struggle to understand how beautiful and precious life is, and why we must stay behind while the dead are privileged to fly free on their baffling adventures.

10 Responses to Beach Reads — Sankaty Head, Herman Melville, and the wreck of the Andrea Doria