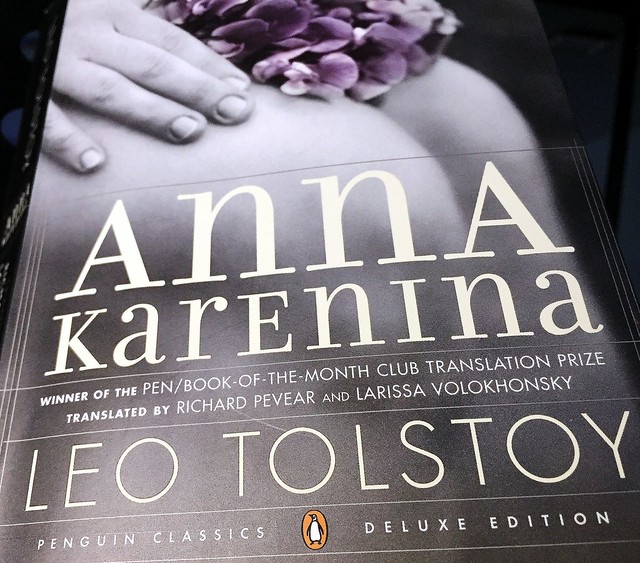 Beaches weren’t the natural places for me to read, avid reader though I was and am. As a child at the Jersey shore, I was too busy swimming in the ocean, and playing miniature golf, cards, or Monopoly with my family. In northern California, the beaches are beautiful but not conducive to sitting with a book. Often windy, normally cool, they are better suited for long walks and looking at the wild surf.

I'll never forget the syllabus for that summer Russian literature class, which included War and Peace, Anna Karenina, The Brothers Karamazov, Crime and Punishment, plus some stories by Pushkin, Gogol, and Chekov.

However, some summers lent themselves to reading, giving me extra time, often for longer, more serious books. My first recollection was the summer after I turned 10. I’d read everything in the children’s section of the Verona Library, but there were rules that kids couldn’t take out books from the adult section (I have no idea how old you had to be to be considered an adult). So, my mother, bless her, wrote a note to the librarian giving me permission to have the run of the entire library. I took out Gone with the Wind and read it that summer. Likely I didn’t get all the nuances, but I certainly enjoyed it and remember it.

Summers during high school were similar. At some point after my junior year I read The Magic Mountain by Thomas Mann (in English). Later, after missing a semester of college during my move to California, I wanted to catch up with my original graduating class, so between my sophomore and junior year, I attended a six-week summer session at UC Berkeley. I took Russian literature and Japanese history. I must have done reading for the Japanese history class, and I recall a lot about the Meiji period, but I don’t remember the reading. However, I’ll never forget the syllabus for that summer Russian literature class, which included War and Peace, Anna Karenina, The Brothers Karamazov, Crime and Punishment, plus some stories by Pushkin, Gogol, and Chekov. I had read some of the material in a wonderful world literature class in high school, but still, with just six weeks to complete the reading, my eyes were bleary. I took a noontime folk dancing class to rest my eyes and clear my head!

When I started my own business in 1983, summers became one of my busier times, because I’d often fill in temporarily for people on vacation. I mainly stuck to mysteries and lighter reading. It really wasn’t until I retired that I had a full summer without a lot of obligations, and I picked up Possession by A.S. Byatt. This dense, 500+ page novel was well worth the month it took me to read, but I confess I haven’t been as ambitious since. There is still time this summer, so it’s back to the library to see what tomes await.

6 Responses to Tomes Against the Tides