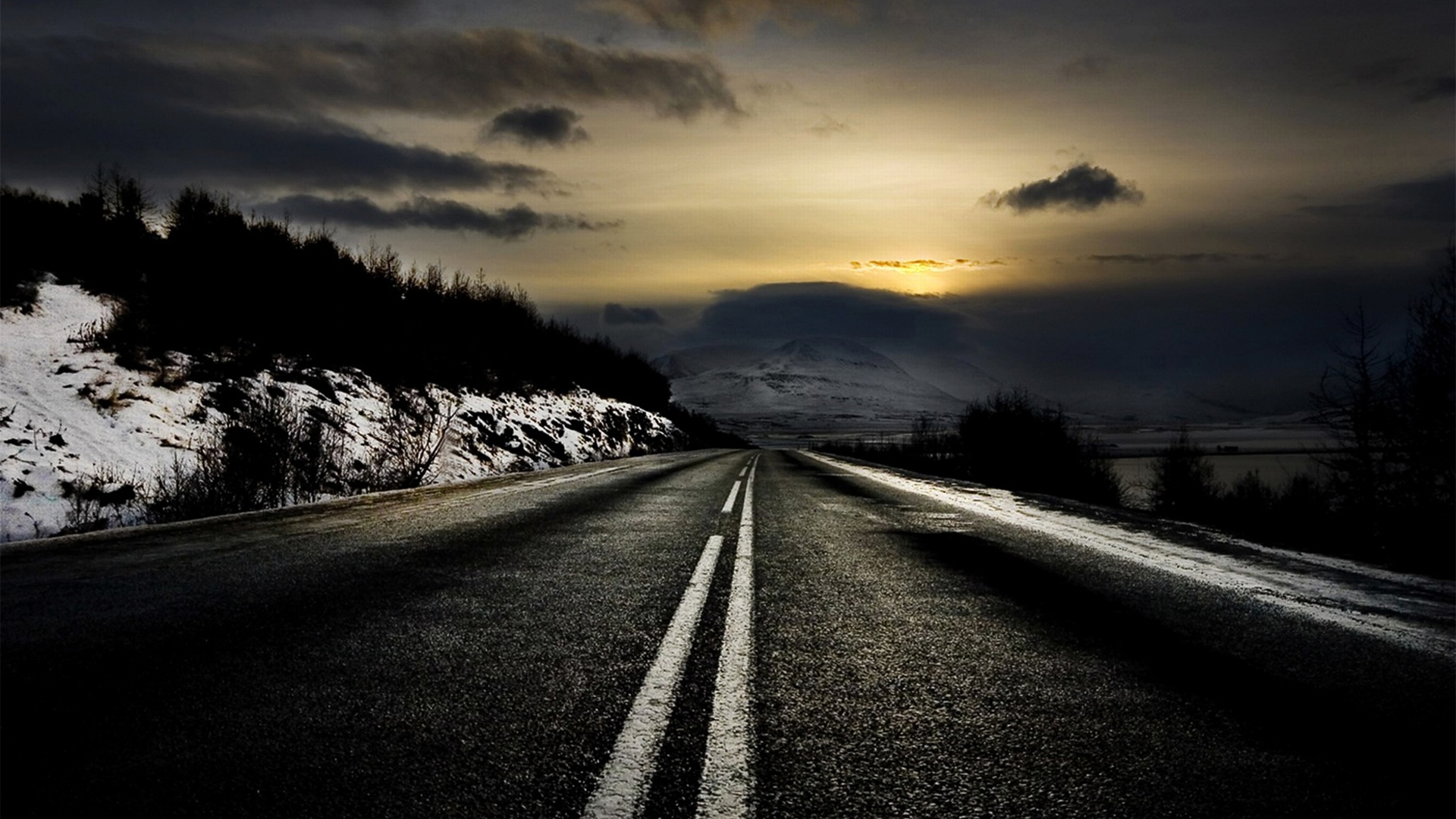 Weather has played a dramatic role in my life. I grew up in rural New England, where the weather determined whether you could go to school, bale hay, play soccer, swim, ski, or skate. Weather created an intensity and wildness to life when family routines and the predictability of school threatened asphyxiation.

The wheel felt woozy in my hands and the truck began to float.

Weather meant drama: the eerie drop in pressure and the darkening summer skies that signaled an approaching thunderstorm, the snap of the first fall mornings, the intimacy of Indian summer, standing on a ladder picking after-school apples with a canvas bag slung across your chest, hearing voices carry from the next orchard with intimate clarity on the autumn air. The cold, metallic tang, barely perceptible, that signaled an approaching snow, the crystaline stillness brought on by twenty-six below.

I built my own barometer in my father’s Boston University laboratory, using mercury, that mysterious silver liquid, and a glass tube set into an adjustable brass reservoir that I milled and threaded on my old man’s South Bend lathe. I was thrilled to watch the barometer’s fall with the approach of a storm, in an instrument of my own making.

We lived next to a meteorologist and his son and we studied with him as we waited for the approach of winter. We cut ski trails into the hillsides behind the houses. Maples, oaks, and birches became our slalom poles and we skied at night, kamikaze style, when the moon turned the snow and ice phosphorescent.

I read stories of young men at sea, toiling in the boiler rooms of limey tramp steamers that plunged through the slate gray bluffs of the North Atlantic or knifed through the torpid oily flats of a becalmed Indian Ocean. My old man had been a sailor and I dreamt of navigating with charts, sextons, and gimbaled compasses as the oceans of air met sea currents, creating weather of all imaginable hues and intensities from a clear, navy-gray winter day to a night blown black by the violence of a gale.

But life is real, and, although I did not want for adventure, I never shipped out as a navigator, mate, able-bodied seaman (ABS), or even a lowly apprentice oiler. I did, however, in the madness of antiwar resistance, take to the hills. So great was my enthusiasm for flight that I dragged my girlfriend and her two children, two dogs, and one turtle beyond the foothills to the mountains proper, where we lay our heads down at 9450 feet above sea level on the eastern slope of the Colorado Rockies.

There, the winter began with snow blown through a blue sky across the knife edge of the Continental Divide. The winter wind could lift the corner of a wooden frame house off its foundations and set it back down with a ‘clunk.’ Snow conditions changed with factors of season, temperature, humidity, barometric pressure. We lived in the weather and it impacted our daily lives. Did we have enough wood split for cooking and hot water? Coal enough for the cast iron monsters that warmed us and covered the house in black dust and a light, greasy film of soot.

Most of the time we kept ahead of it. The kids would soldier up the hill, leaning into the wind to catch the school bus that took them along the Peak to Peak highway to the district school. My partner leaned into the winter in her parka, long johns and jeans and neither rain nor snow nor sleet would keep her from serving as mistress of the town’s post office. I added to all the snow driving tricks I had learned in New England. I could head out of Boulder with four inches of snow on the roads, throw the biggest rock I could lift into the back of the pickup for traction and make it up Left Hand Canyon’s nasty grade without having to stop and put on chains. I could maneuver a forest service six-by down switch backed, red-dirt fire roads, fill the tank full of creek water and roar back to the fire line without a hitch. And there was black ice.

Mountain highways tend to gain and lose altitude as much as they curve left and right. In the fall and spring, the temperature rides a ragged edge. Rain turns to snow and back again, making a white-and-tarmac ribbon of even well-maintained highways. A truck-rattling wind might blow you sideways so that you turn into the wind, always in reaction to the arbitrary madness of the violent gusts. Conversely, a gentle breeze might blow up the canyons in early spring, wafting a gentle mist across your windshield, ethereal, like a morning dew.

That same mist can settle gently on the road in the relative warmth of an April night. The mist might descend over the landscape, bowing the branches of the conifers, crusting the remaining snow. The tarmac, if it had been sun-warmed during the day, might still hold enough heat to keep the mist wet as it settled on the road. There were so many variables.

One morning, the kids missed the bus at the top of the hill. The three of us, Jake, Jossy, and me, clambered into the pickup and ground up the hill to the Peak to Peak highway. I knew the road well and we rolled along, the heater warming the cab, the three of us goofing about school and the dogs and their stupid antics.

Recently a sheriff’s patrol car had gone mysteriously straight at a long, sweeping downhill bend. The brake marks had remained where the cop’s Bronco had shot between two of the sturdy posts that marked the curve’s outer edge. Almost deliberately, it seemed, they plunged over the edge onto the boulders below. The two troopers had survived but the Bronco had been obliterated on the rocks. We never found out what happened. They wouldn’t even confide in our town deputy about the accident.

Thus far, the road had been rain-wet, the air misty. The kids remarked that the fog reminded them of San Francisco and wondered if we were going to go back soon. While we climbed up the long, wet grade before Sheriff’s Bronco Hill, I pondered when we would return to California. It had been good to get distance from San Francisco and the drawn-out paranoia of war resistance. It was a welcome change to work with my hands and we had made friends. But it had been a long winter and hard on the kids. They liked the mountains, but they weren’t wild about the chores and the winter hardships. Hauling water and wood and coal, having to use an outhouse, even in a windstorm. “I don’t know, guys,” I said. “I think…”

I topped the hill and we began the long, straight descent to the curve. I felt a wave of nausea leap from stomach to throat. The wheel felt woozy in my hands and the truck began to float. Black ice. It looked just like the wet pavement we had hummed over until we topped the grade. The gentle wind had kept the road wet along the southern exposure but beyond the crest, we faced northern exposure. The highway’s surface temperature dropped.

If I hit the brakes, they would lock up, and we would skate. The kids went silent. I tried to coax the front wheels into the long downhill turn. No luck. We kept gliding straight toward the outside of the curve. I shifted down and the rear wheels locked up. Stupid! I and pulled the kids to my side with my right arm. Seat belts wouldn’t become mandatory for another dozen years.

My left hand grasped the useless wheel. I caught a glimpse of the bouldered slope below. I heard the rattle of gravel roadside. The truck jerked sideways as it hit the gravel, and thunk! We tipped, hung there, and flopped back down on four wheels.

My heart pounded. My throat hurt. My head ached.

I opened the driver’s side door. The roadside fell away to the boulders. I closed it.

We scooted out the passenger side and lined up on the gravel verge, shivering. I hoped another vehicle wouldn’t come over the ridge, bust through the mist, and slide into us. Together, all three of us walked around the back of the truck.

“Holy moly.” Jake pointed at the side of the truck. The pickup bed had curled around one of the squat, sturdy posts sunk into the roadside. No cables connected them. Another few feet and we would have nosed between two of the sentinels and crashed down the slope.

After an eternity, our hearts slowed. The sun broke through the mist and the black ice disappeared into a devilish steam rising off the tarmac. Gingerly, I climbed back into the truck, and backed it away from the savior post and onto the pavement. My hands felt greasy, sweaty.

The kids clambered in. We sat there, dumbly, staring out the window together.

After a while I turned to them. “What do ya think, guys. You wanna go to school or you wanna go home?”

“Home,” they said in unison.

I still love weather, the drama of its unpredictability, the power that puts life into perspective, the madness of its intensity, its peace, tranquility, and balance. But in that moment, the weather had got just a little too damned dramatic.