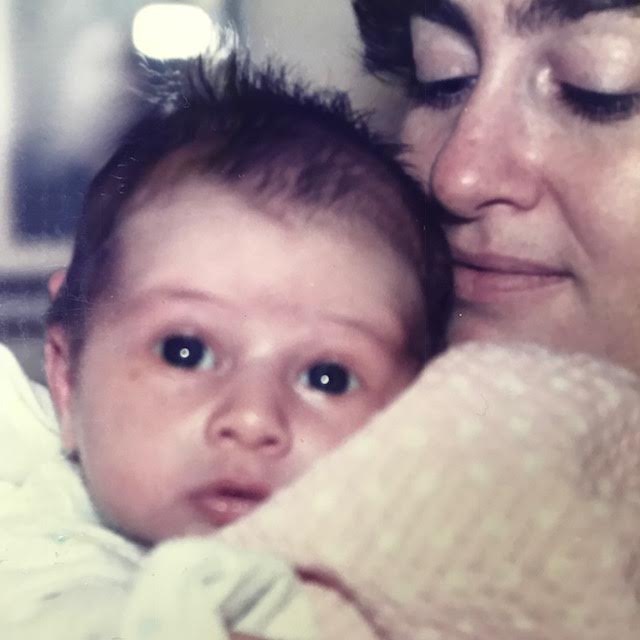 In the eternal “nature vs nurture” debate, I can assure you that both play a big factor in how one’s child turns out, but babies are born with certain traits that cannot be denied.

David was born 10 days after his due date; I labored for 37 1/2 uncomfortable hours and he was whisked off to the neo-natal ICU, with jaundice and a fever (he was fine within a few hours). I joke that he has been slow and deliberate ever since, could sleep through anything (we used to vacuum under his crib and it didn’t wake him) and is habitually late. He is naturally reticent, was very shy as a youngster and worked hard to bring out a more sociable personality.

Jeffrey was delivered on his due date in 45 minutes and has been running around since (not so speedy any longer). Cracking my knuckles used to wake his SO active brain and he was diagnosed with ADHD at the age of 5. He was a smiley baby, but at an early age showed great frustration and could throw a temper tantrum that would melt your face off. 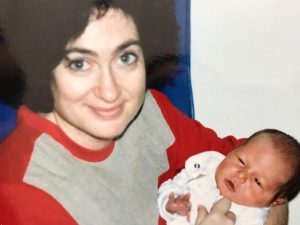 I love both my children dearly. They are brilliant and sweet. They have many interests in common, but are so different in so many ways, yet they both have the same parents and were raised in the same household.

I nursed each of them a year. I did a lot of research and believed it was the healthiest course to take, if I was able. Babies are so soft and smell wonderful (most of the time). Holding them as long as it took to make sure they were properly nourished was an intense experience. David looks the most like me and nothing could quite describe how I felt as I nursed, feeling that my eyes gazed up at me. Occasionally I would have to play “mean Mommy” and flick their toes to wake them to get them to continue to nurse, ensuring adequate nutrition. Even then, Jeffrey was easily distracted and would look around, rather than concentrating on the task at hand!

Watching them hit their milestones was another amazing task that certainly happens within ranges, but was different for each child. Turning over, holding up the head, holding up the body, scooting, crawling, taking those first tentative steps, those first words, solid food. Then of course, babies no more, but full-fledged toddlers. Jeffrey was slow to walk, but crawled so quickly that we called him “turbo-charged”. No need to walk…he got around just fine, thank you very much.

Infant diseases are terrifying, particularly for new parents. When the babies start teething and crying from pain, we didn’t know what was going on and they’d start wailing, we just wanted to give them Tylenol all the time. I didn’t have any parents or other adults around to help or give sage advise and I couldn’t call the doctor for everything. David had colic and the cramps caused him to wail. His doctor did prescribe something, which soothed him

Poor little Jeffrey contracted meningitis at 11 weeks, brought home by David from day camp. David had a high fever, head ache and stiff neck, but he was four years old and the doctor said he’d be fine. Jeffrey hadn’t had his first shots yet. His fever spiked to 104 degrees. His doctor watched him for several days, assuming she knew what it was, but couldn’t be sure if it was viral (OK – it would pass) or bacterial (very dangerous; needed to be on IV antibiotics STAT!). The fever ebbed and flowed. When it spiked again, she sent me to Children’s Hospital for a spinal tap (and we called Dan home from out of town). I sat on the floor of the hospital, listening to my baby scream, as I cried too.

The nurse brought him back to me with an IV of antibiotics in his tiny arm (to be safe, while they waited for the culture to come back). She put me in an isolated room, without offering me food or water. She said they’d get me a room on the isolation ward when one became available. I asked what was going on. She said if it was viral, he’d be fine, if it was bacterial, there could be consequences like blindness, deafness or death! With that, she left me alone. For hours. At one point, our doctor called on a line in the hallway (this was 1989, long before cell phones). She said she knew he’d be fine and to hang in there, she’d visit later in the day. Eventually, we got up on the ward. A chair in the room could be made into a bed for me, as I could not leave my nursing baby. Dan came later with David. They had gotten McDonald’s. David thought that was a real treat.

Except when Jeffrey slept, I held him round the clock, close to my chest, for two days. I sang to him constantly. I showered when the nurse came to draw blood from his heel. I couldn’t stand to hear that cry. In later years, before I understood all his sensory integration issues, some of which led him to find my high-pitched singing voice intolerable, I joked: because I had sung to him for those two horrible days, he subconsciously couldn’t stand my singing because it reminded him of his hospital stay.

After 48 hours, his cultures came back. The meningitis was viral, not bacterial and he was released from the hospital. He would be fine. But in all the years since, as we went from doctor to doctor, searching for a diagnosis for Jeffrey’s behavioral, learning and other differences, I always began the conversation with that infant illness, wondering if there was any lasting effect. The doctors always assured me that was not the case.  But I always wondered.

10 Responses to Born That Way