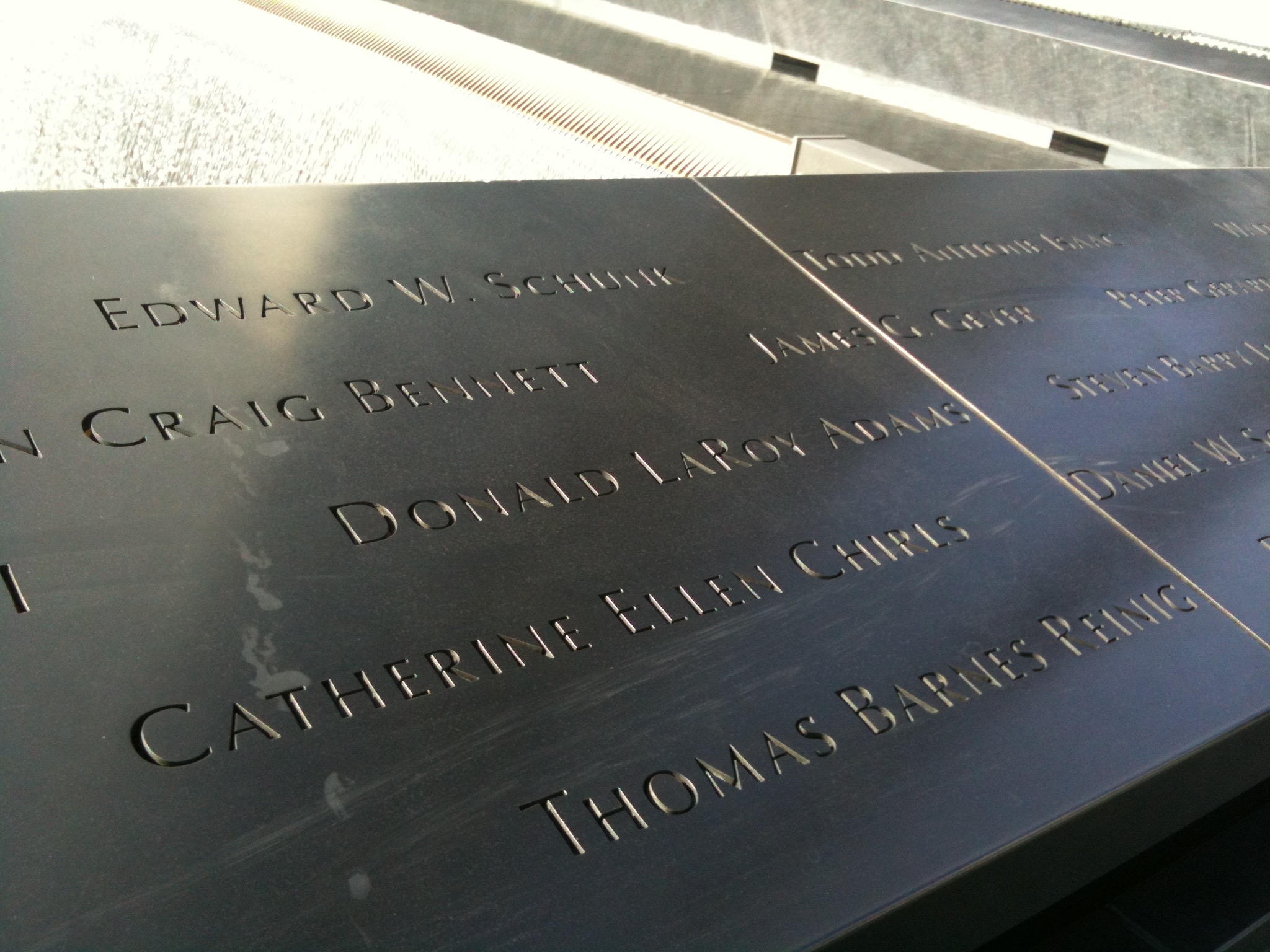 Cathy was really my sister Marcy’s friend, not mine. They had been cabinmates at Interlochen arts camp. They had gotten close (as camp friends do) and stayed in touch, even though Marcy lived in Michigan and Cathy on Long Island. She and my wife Patti were both bridesmaids at Marcy’s wedding.

We watched the events of 9/11 with a kind of detached horror, since we didn’t personally know any of the victims. Or did we?

Cathy was very smart, Marcy recalls. After college, she worked at the United Nations as an interpreter, then at Morgan Stanley. Marcy visited her in her Brooklyn Heights brownstone, where she lived with her husband and three kids, the youngest adopted from Asia. Then Cathy came back to Michigan and they attended a camp reunion together. Eventually Cathy got sick of the city, dropped out of the workforce, and moved to Princeton, NJ.

In the ‘90s and ‘00s, I maintained an email list to which I occasionally sent interesting or amusing content—mostly jokes or what we would now call memes, but sometimes more serious. (That’s how we circulated humor in the years before Facebook; now, it seems like sending smoke signals.) Marcy forwarded one of my messages to Cathy, who liked it and asked to join the list. Once added, she would occasionally reply to messages to express her amusement or share new content.

Patti and I watched the events of 9/11 from the West coast, like many, with a kind of detached horror. It was awful enough even if we didn’t personally know any of the victims. Of course, I suspended my email list. Everyone was too horrified and shell-shocked to enjoy anything funny.

A few weeks after 9/11, I finally shared something to the list. I have no recollection what it was, but the email to Cathy bounced back. The unresponsive server was from Cantor Fitzgerald.

Cantor Fitzgerald? Wasn’t that the financial firm that occupied five floors of the north tower of the World Trade Center?

I called my sister. “Oh God,” she said, and hung up to find out. 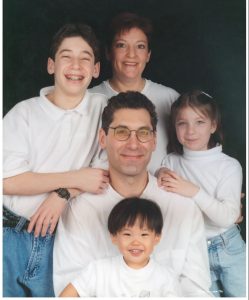 Cathy, it turned out, had gone back to work as a banker at eSpeed, Cantor’s electronic bond-trading platform. She was one of 658 Cantor employees lost in the attack.

A few years ago, in New York for a wedding, Patti and I visited the 9/11 Memorial at Ground Zero. We searched for Cathy’s name, now engraved in the granite panels surrounding the pit where the north tower stood. I took a photo and sent it to my sister.

Cathy’s loss reminds us that we are all interconnected and intertwined. As I write this, Hurricane Harvey has devastated East Texas and Irma is sweeping through Florida, where my aunt and a close friend are hunkered down. Each tragedy, each disaster ripples and resonates across the country and around the world. It’s true what we used to sing in high school: no man is an island; each man’s grief is my own.