Prompted By The New Year
14 comments. 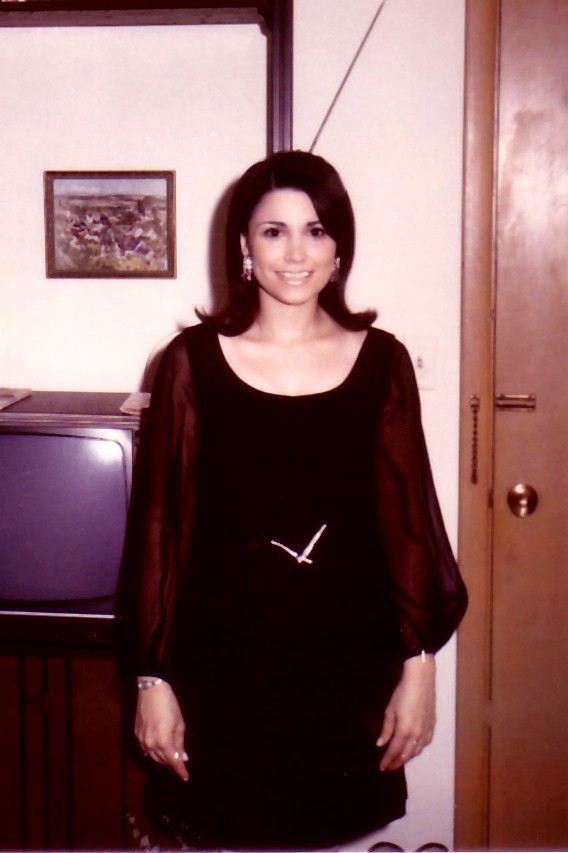 For the past twenty plus years, my husband and I have rung in the New Year the same way. We get together with the same couple, eat an early dinner at a modest restaurant, see a good (usually) movie, and go back to one of our houses to toast the New Year. And for some reason, we eat a pie.

Looking over the ways I have celebrated the New Year, it’s hard to remember why it used to be such a big deal. 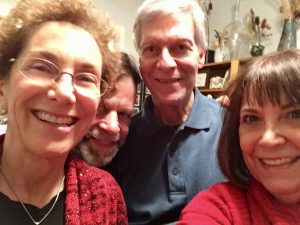 What a relief to have reached an age when I no longer have the lyrics from the 1947 song by Frank Loesser — What Are You Doing New Year’s Eve? — floating around in my head. Maybe you know the song. It’s been recorded by Ella Fitzgerald, Lena Horne, Johnny Mathis, The Carpenters, Harry Connick Jr., Barbra Streisand, Clay Aiken, Bette Midler, and Idina Menzel (to name a few):

Maybe it’s much too early in the game

Ah, but I thought I’d ask you just the same

What are you doing New Year’s

I don’t remember celebrating the New Year as a kid, other than struggling to stay up until midnight.  But once I hit adolescence, New Year’s Eve became a night to dread. Being in high school back then, there were only two options for that evening. Preferable was to have someone ask me out for the ultimate date night of the year, where I would end up at a lame party dancing to the Johnny Mathis version of the song and wishing I were with someone else. Failing that, I could earn a sizable sum of money babysitting. I know I did both because I remember the interminable babysitting assignments with drunken parents returning at 2:30 am. In those days, girls did not go out celebrating with their BFFs. Without a date, you were stuck.

Once I was married, New Year’s Eve was a BIG DEAL. We had to get dressed up in our finest, go to an overpriced restaurant, and then to some random party. I remember one brutally cold December 31 when I walked several blocks in high heels and a flimsy dress to someplace that seemed essential to celebrate the event. By the time we arrived, I was crying in pain over my frozen feet.

We did this for the first couple of years of our marriage. We even took an annual Polaroid photo like the featured image for this story from 1969. Then we started having kids and were back to staying home, watching childfree young folks celebrate on TV, and struggling to make it to midnight.

At some point when our kids were young but no longer babies, we had a brief tradition of getting together with other families and their children to ring in the New Year. We would order in food and the children would play. I remember one celebration at our house when the kids broke a window upstairs, had a fistfight, and ran outside screaming at midnight. That tradition was short lived.

The next stage involved our staying home while our kids went out in search of the most fun-filled way to commemorate the New Year. We had no problem staying awake because we worried about their safety and needed to know that all three of them were home before we could call it a night. Those were my least favorite New Year’s Eves. 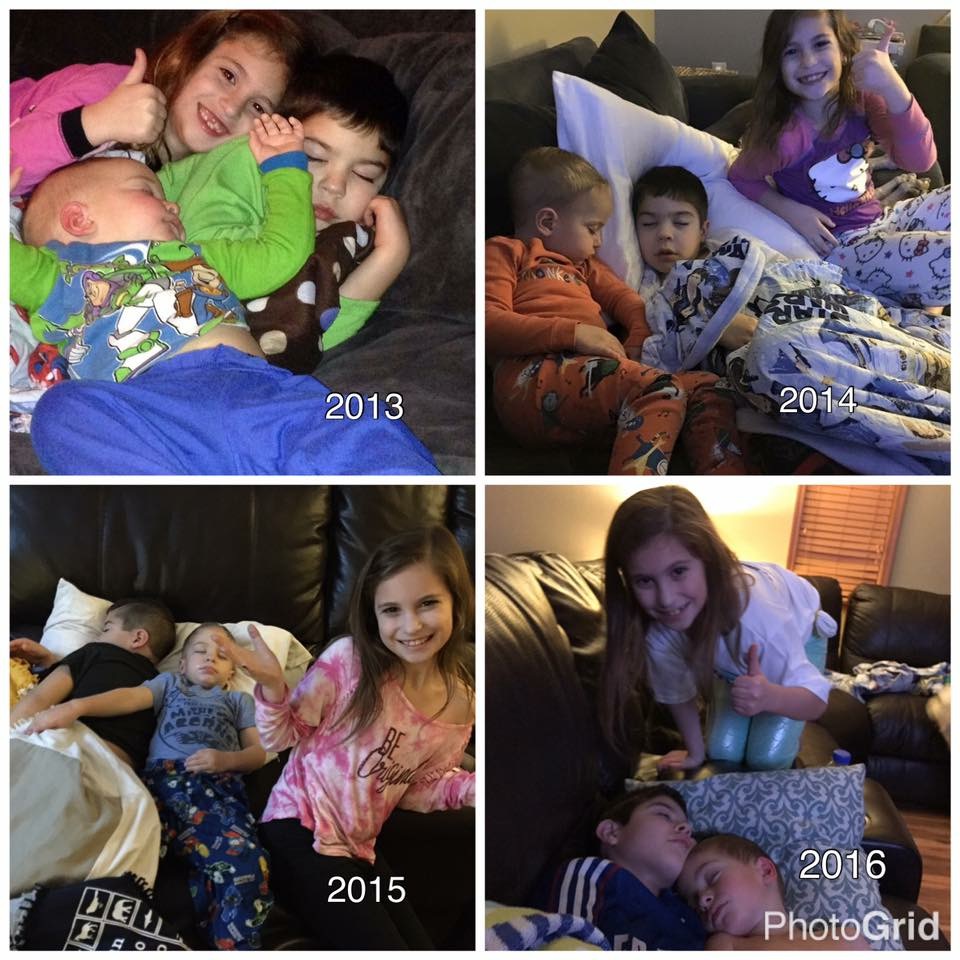 Now it’s my grandkids who struggle to stay up to that magic hour. I have no idea why it is so important to the younger ones. I could tell them that the old adage is true. The days may feel long but the years are short. Before they know it, they will get to try it again, and at some point, they will go out to celebrate with friends and I will have anxiety attacks once more.

I’m not sure when our current tradition began. I know we were with our dear friends on Y2K, when we toasted the new decade while hoping our computers didn’t explode. I’m pretty sure we started our celebration as couples before that, so I’m going to guess it’s been 25 years. At some point, as we waited for the countdown to another new year, we added the pie to our evening. Yes, the last part is strange, but it our tradition now.

Looking over the ways I have celebrated the New Year, it’s hard to remember why it used to be such a big deal. At this stage of life, I think I would rather eat a pie. 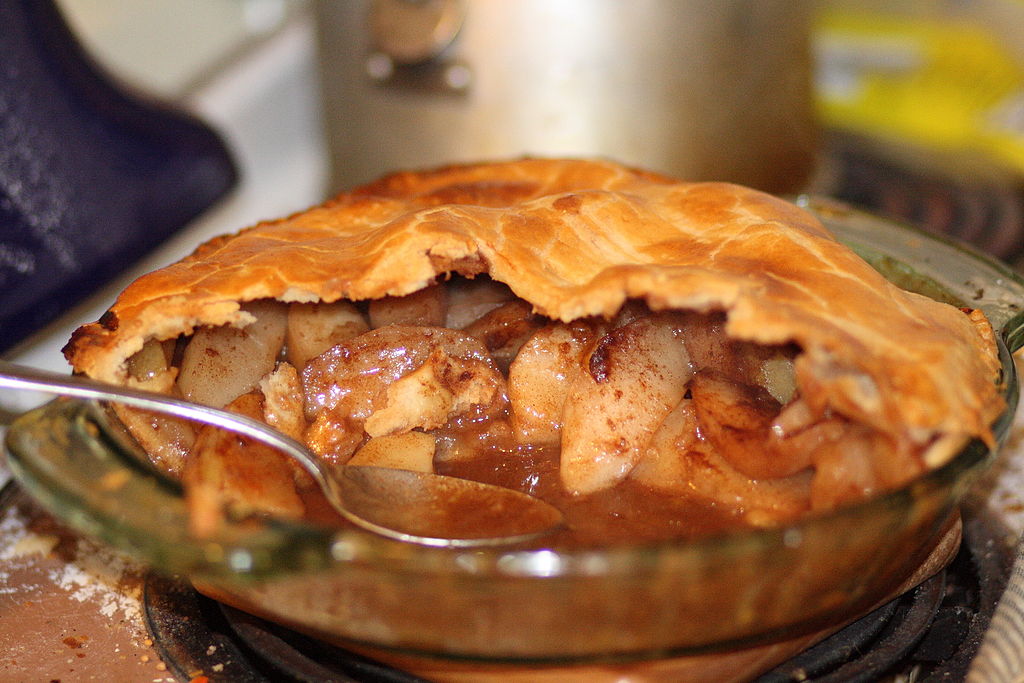 14 Responses to Celebrating the New Year Over a Lifetime