Prompted By Why We Write
18 comments. 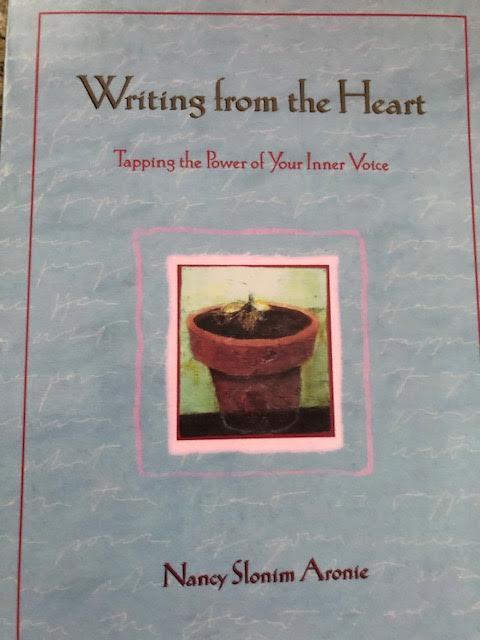 It is fair to ask “why do I write”? I ponder that myself. I thought about this question for some time before beginning to write this particular prompt. I never wrote much before being approached by my childhood friends to be a beta tester for their new baby boomer website MyRetrospect. I wrote when an idea came to mind that I had to put down. I wrote my Sarason family history after my father died more than 30 years ago as I sought answers to questions that I never thought to ask my father and now never could.

These friends, who have known me since 10th grade, were aware that I have lived a life full of ups and downs, had some interesting stories to share and would not sugar-coat the details as I shared them with others.

The answer is not simple, but as a trained actress, I learned to be a keen observer of people. I love history, following the stories of others as well as my own. I have a point of view. Indeed, I am often called out for giving “TMI”, as I share information.

About 25 years ago I heard a friend talk about The Chilmark Writer’s Workshop. She was a smart, clever person. We’d done volunteer work together and I admired her facility with words. She praised Nancy Slonim Aronie, a published author, guest speaker on NPR, who ran these workshops from her home on Martha’s Vineyard. My friend said she took the workshop multiple times. She laughed, saying she was a slow learner.

I was intrigued. Nancy ran ads in the local papers with dates and contact information. In 2003, I signed up for my first (I took the workshop three times in total, the last time in 2011, the summer after my mother’s death. Nancy said I should come to process that event). The workshop (a half hour drive from my home) ran from 9am-noon, Monday-Thursday. As I recall, at the time, we each paid something over a hundred dollars to attend (though scholarships were available). We brought a pad of paper and pen and our fertile minds (some at the time had laptops; I still don’t). Nancy was so well known that some came from off-island just to attend. We sat around in a circle and listened to her share her wisdom. We were a mixed group, as many as a dozen of us, of all ages, some very good writers, some novices like me. This was a judgement-free zone. When Dan heard what was going on, he said it wasn’t writing, it was therapy. The two were closely linked. Based on the prompt, our writing often touched our emotions.

It was Nancy’s thesis that all of us could write, we all have something to say, but at some point along the way, we’ve been silenced by someone, “lost our voice”; perhaps a teacher, a parent, some authority figure who shut us down. She aimed to liberate our inner voice, and silence that inner critic to allow us to let our ideas flow freely. I considered that. Certainly my mother was always critical of me, and even now, someone close to me must correct and criticize much of what I say and do. I could relate to what Nancy said. She talked about her own personal struggles, the health problems of her younger son, diabetic at 9 months old, diagnosed with MS in his 20s. He was still alive when I took this first class with her (she used him as an example to teach perspective). He died before I took the last workshop. Each day there was some new lesson, but lots of time for writing.

The prompt would be given as the opening line of the story. The first was always: “dinner at my house was…”. And we’d be off for 10 minutes to write something. We would then read our stories around the circle and each say one POSITIVE thing about what we liked about it. This was not a workshop about learning HOW to write, the finer points of grammar, how to construct an interesting narrative. It was about expressing yourself and getting positive affirmation for it. We had all sorts of prompts. One was just “boobs”. One woman around the circle was recovering from breast cancer, so yes, that essay was very emotional. The prompts often triggered an emotional response. That is why Dan called it therapy, but writing one’s feelings is not a bad thing. We learned about ourselves through the narrative.

We would break at mid-morning for some warm, home-made bread with delicious butter or jam. Nancy was hamish (in the best Yiddish way; she also wrote a great story about not fitting in as a very tall Jewish girl from West Hartford, going to college in Virginia. She could be bitingly funny and she always wrote and read her own story for each prompt. I tried to take it all in, from the good writers and the not-so-great writers). At the end of the day we were given a prompt for overnight. We were instructed to spend at least 30 minutes or longer on it. Two of those have been used as stories for Retrospect, most notably, my story about my cousin Alan Jackson. The prompt was: “the last time I saw him…” I’ve used that story (and added more to it, as I learned more about him) twice. It is now called “Action Jackson”.

I enjoyed these workshops enormously, but did not continue writing after. I seem to need a prompt to inspire me. But I did feel free to get things off my chest, to shape a story, to share, but perhaps not over-share.

I told Patti and John about these workshops during one of our visits. They write for a living. I didn’t know at the time they were working on Retrospect (I would learn about it soon enough). The very first prompt was “Food”. It was taken from “dinner at my house was…”. I didn’t make the connection right away, they told me that later. And when we write comments after the story, it says in the comment box, “Say One Positive Thing About This Story”. That also comes from Nancy’s workshop. We are not here to critique, but to be supportive. This isn’t a class in writing. We are just enjoying others’ narratives.

I was honored when they invited me to be a beta tester. I wasn’t sure my writing was good enough (there was that negative inner voice – I needed to quiet it), or that I’d always have something to say for each prompt, but I told them I’d try. And here I am, almost six years and 300 stories later (and new owners). I find something to say about everything. It may not be the most interesting, but I try to personalize it, make it interesting. It has become a good mental program for me, life-affirming, a way to share my stories.

Why do I write? I write to learn more about myself. 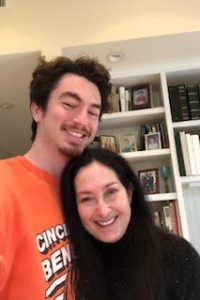 A current photo of myself; April, 2022, with my nephew Mike Sarason

18 Responses to Finding My Voice